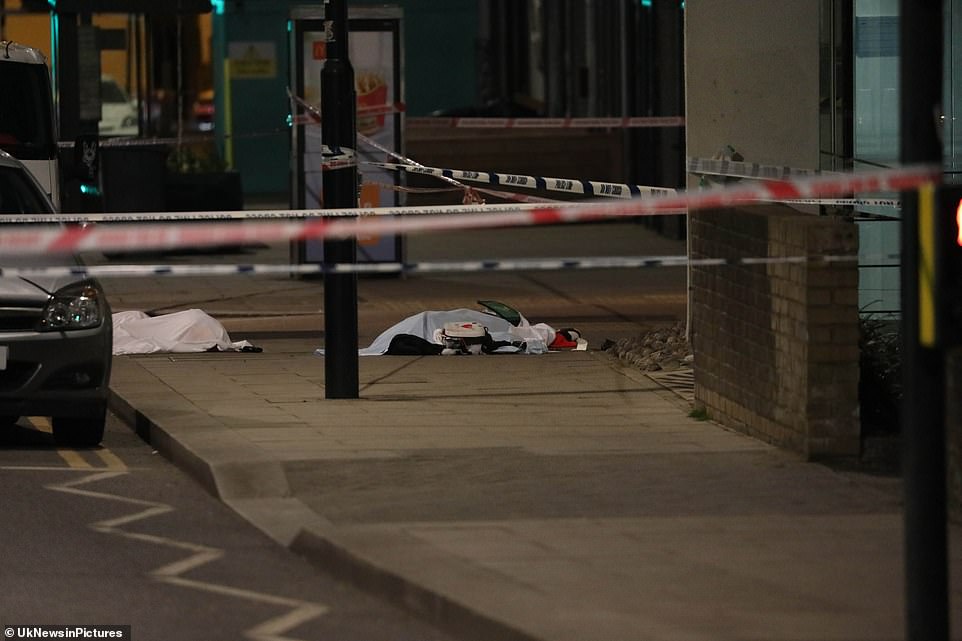 Boy, 17, dies after being found lying on the ground with stab wounds in South East London as police launch murder probe

A murder investigation has been launched by police after a teenage boy was found stabbed to death in south east London.

Metropolitan Police officers were called Sydenham at around 7.20pm on Saturday following reports of someone lying in the road.

Crews from the London Ambulance Service and London Air Ambulance also arrived at the scene, but he was pronounced dead shortly after 8pm.

The 17-year-old boy, who has not been named by police, was found stabbed in the street and was pronounced dead at the scene 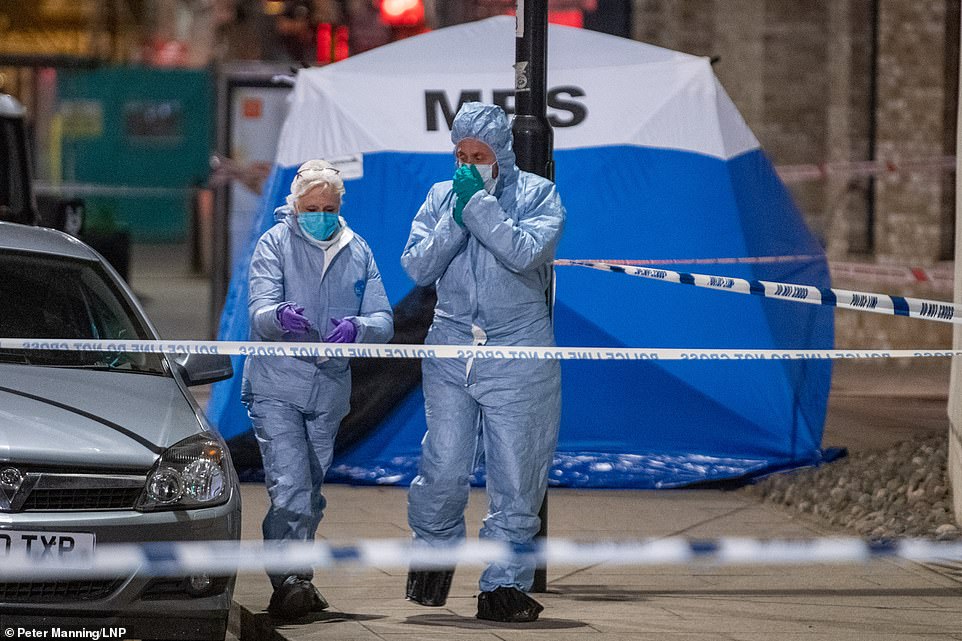 Forensic officers attended the scene in Sydenham, south London, after the incident was reported earlier on tonight 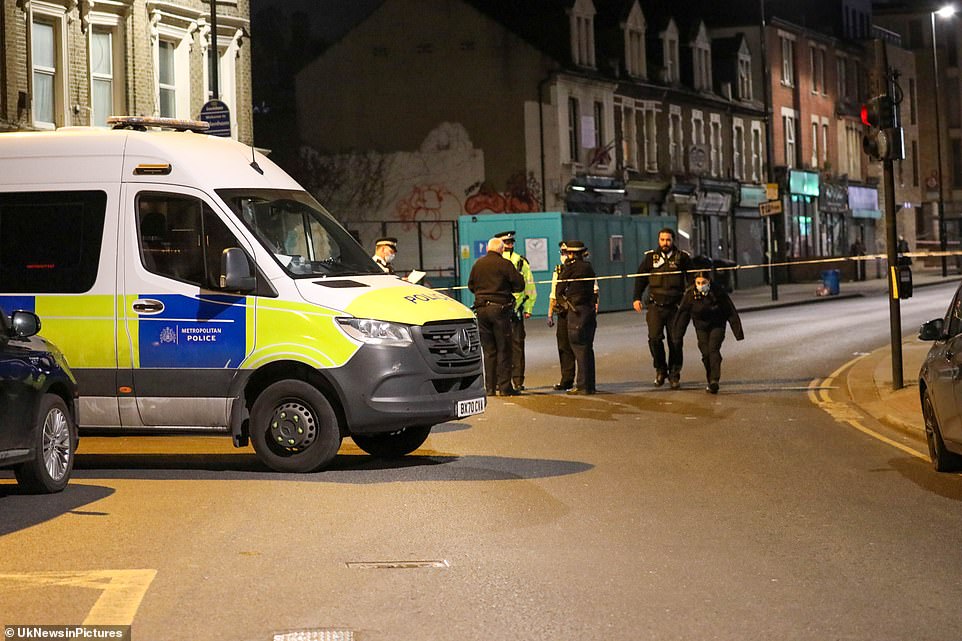 The Met Police say the young man’s relatives have been told.

A crime scene is in place and forensic officers were seen combing the area after the incident.

The public have been warned to expect to see an increased police presence in the area in the coming hours. 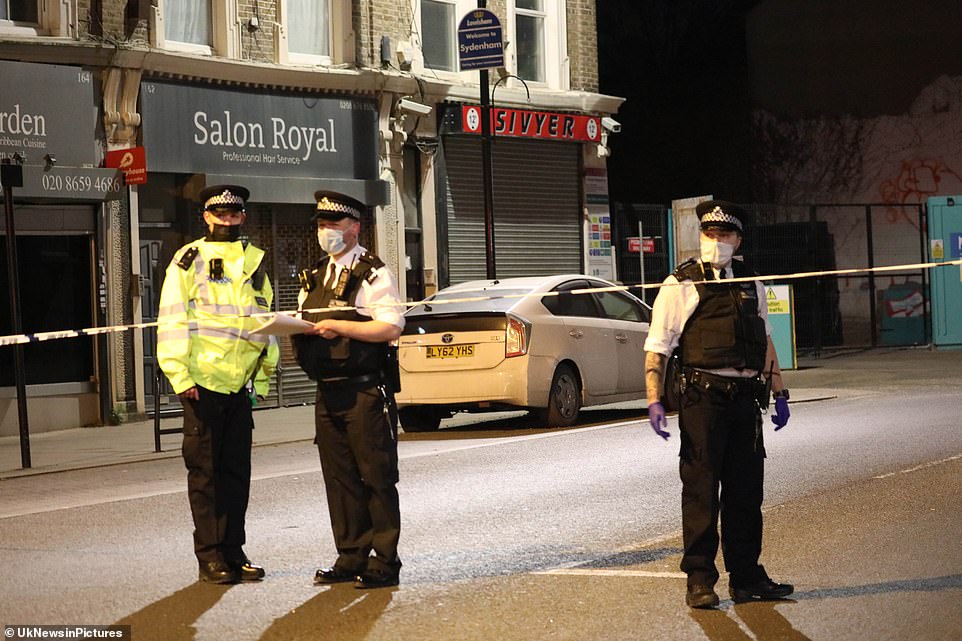 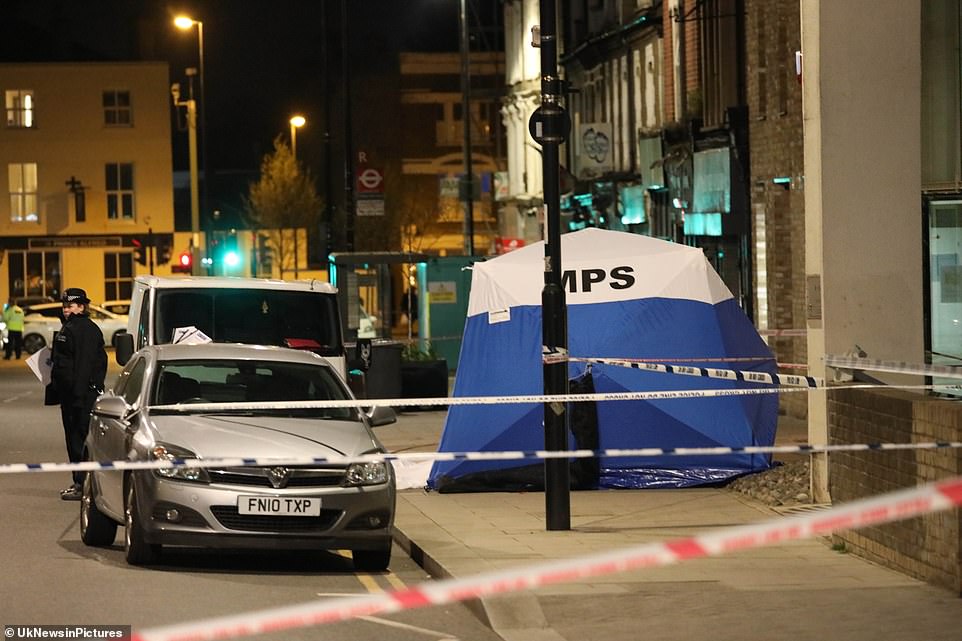 One shocked resident wrote on Twitter: ‘Will put flowers down tomorrow. Was horrible to watch the cpr being given.

Another added: ‘My sincerest condolences to his family & friends may God rest his beautiful soul.’

Another said: ‘Such a tragic waste.’

The incident comes a week after a man was knifed to death and two others were left in hospital after a ‘triple stabbing’ on a street in south London.

It followed a man, aged 19, being stabbed to death on the same street at around midday on March 3.