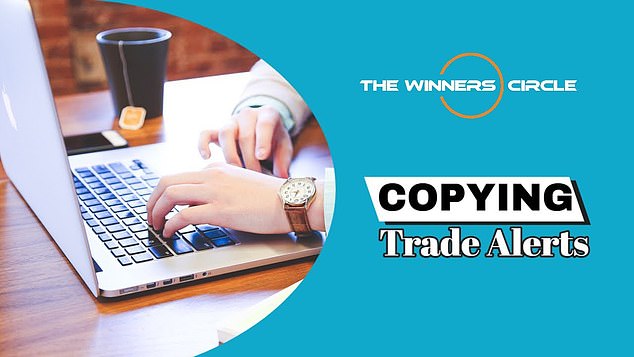 J.S. writes: I have been invited to join the Winners Circle, a multi-level marketing company. It seems you earn an income from recruiting other people, and also from currency trading signals they send daily. However, I can find no address for the company. Is this a legitimate way to earn extra money?

Winners Circle is not legitimate. It is not even a company. It is nothing more than a name used to suck people into the clutches of a dodgy American business called IM Academy, which advertises training courses on how to make money by trading on the foreign exchange markets.

Winners Circle is not legitimate. It is not even a company.

British-based Winners Circle was set up by two experienced MLM (multi-level marketing) operators, Simon Brookes and Roger Garth, with slogans like: ‘Winning at forex is easier than you think. Just follow our system.’

Recruiting material signed by Garth tells recruits that the Winners Circle receives tips from professional forex traders: ‘When they identify a trade that they believe will be profitable, they send it to you via a mobile phone app; you then follow the instructions given to place the trade including what to buy or sell.’

In a YouTube video, Brookes claims the scheme ‘is a licence to print money’. He then hands over to Garth, who talks about the trading signals they issue to their members, assuring them that ‘some have all the information you need to trade, even if you are a complete newbie’.

The tips on which currencies to trade come from IM Academy. According to Garth: ‘Simon and I will continue to analyse every signal sent by IM.’ And he pledges: ‘We will only send signals we are prepared to put our own money into.’

Now, I cannot question Garth about any of this as he died recently. But Winners Circle is continuing under Brookes, who told me that members pay $234 (about £170) to join, followed by $174 a month.

The joining fee goes to IM Academy, but a big slice of the monthly fee goes to the recruiter, so Brookes gets a major share of payments made by his recruits. This is how MLM works. 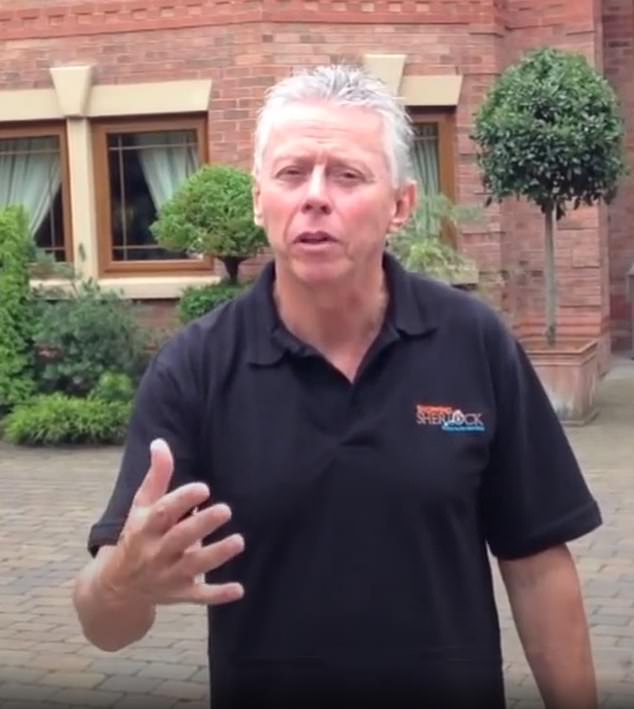 The big question is whether all this is legal. I do not believe it is. Telling people how to invest is educational, and needs nobody’s permission.

But telling them what to buy and sell is financial advice, pure and simple, and anyone offering this service has to be vetted and authorised by the Financial Conduct Authority, or they could face up to two years in prison. Despite all the written claims and the video evidence, Brookes insisted to me that he needed no FCA approval, saying: ‘We are only an educational opportunity and we never give any advice.’

So what about the trading signals and the mobile phone messages, telling members what to buy and sell?

According to Brookes, this does not count as advice because it is up to Winners Circle members to decide whether to invest. Of course, the same could be said of any genuine stockbroker who gave a share recommendation to a client, but the broker still has to be authorised by the FCA.

IM Academy and the company behind it, New York-based International Markets Live, are well known to financial watchdogs.

Regulators in Spain, Belgium and France have issued public warnings about them. And in 2018, the Commodity Futures Trading Commission fined the company $150,000 for operating an unlicensed scheme which let investors ‘mirror’ forex trades made by its own traders.

Our own Financial Conduct Authority is well aware of International Markets Live. It warned investors three years ago to stay away from it, as it is completely unauthorised.

So what does it think of Winners Circle? A few days ago, the FCA told me: ‘Where new information comes to light, we will always take this into account when dealing with reports of unauthorised business activity.’

Well, so much for the FCA’s 2018 alert. But now it knows that a British-based bunch is actively recruiting for the very service it warned against, will it do anything stronger than simply posting yet another warning on its website?

The FCA long ago lost sight of the fact that it was created to protect consumers from financial harm. It now prefers to devote time and energy to areas such as monitoring ‘diversity’ in the financial sector. Here is a chance for it to take real action, but I am not holding my breath.

Your refund is finally sailing home

K.N. writes: My wife and I booked through Planet Cruise to go on Royal Caribbean International’s ship, Jewel of the Seas. We paid for this in January last year, and were due to sail in June last year but, due to Covid, RCI cancelled the cruise. I have been chasing Planet Cruise for my cash ever since. I do not want a credit for a future cruise as at age 74 there would be too much uncertainty.

Planet Cruise did not deny that you were entitled to a refund. Its chief executive Richard Downs told me: ‘Often, we are waiting for funds to be transferred to us by third party suppliers before we can refund the consumer.

‘Additionally, each cruise line, airline, accommodation provider and land tour operator has its own set of rules in relation to any cancellations, refunds and credits.’

Staff have now been transferred from other work to speed up customer enquiries and refund claims.

Planet Cruise has transferred £4,354 to your bank account, and the original deposit of £400 which you paid by credit card has been transferred back to your card account.

Ms C.N. writes: We were due to fly to Florida with Virgin Holidays, but this was cancelled due to the pandemic. Virgin refunded the holiday cost some months ago, but the initial deposit of £700 is still owed. Virgin says it returned the money to my Lloyds account, but Lloyds says it has not received it.

After I contacted Virgin, staff there called you to say that the missing £700 had been sent to Lloyds but had bounced back.

And Lloyds said that so much time had passed since you paid the deposit in 2019 that the refund had not been recognised when it was returned.

Apparently the system does not cope well if more than 365 days separate the original payment and the refund. Virgin has sent the payment again, so you now have your £700.

Lloyds says it could have done better at handling your repeated enquiries about the missing money – and has therefore added £75 to the total by way of saying sorry.

If you believe you are the victim of financial wrongdoing, write to Tony Hetherington at Financial Mail, 2 Derry Street, London W8 5TS or email [email protected]

Because of the high volume of enquiries, personal replies cannot be given. Please send only copies of original documents, which we regret cannot be returned.