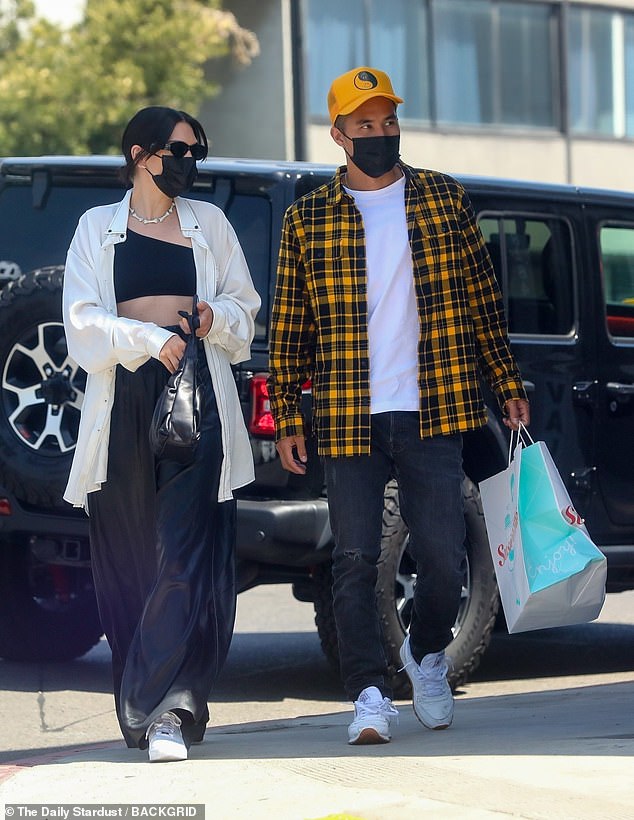 Jessie J appeared to be smitten as she stepped out with boyfriend Max Pham Nguyen and friends for lunch on Saturday.

The songstress, 33, looked typically stylish as she met friends at and their adorable baby at Crossroads Kitchen in West Hollywood on Saturday.

She showcased her taut midriff in a black one-shouldered crop top and paired it with some flared leather trousers for an edgy look.

Stylish: Jessie J appeared to be smitten as she stepped out with boyfriend Max Pham Nguyen and friends for lunch at Crossroads Kitchen in West Hollywood on Saturday

Jessie threw a casual white shirt over her ensemble and added a pair of white Air Force trainers.

The Price Tag star kept her accessories all black, and carried a small leather handbag and sported dark sunglasses and a face covering to protect herself.

Staying true to her quirky sense of style, Jessie wore a choker necklace that was made up of silver bones round her neck. 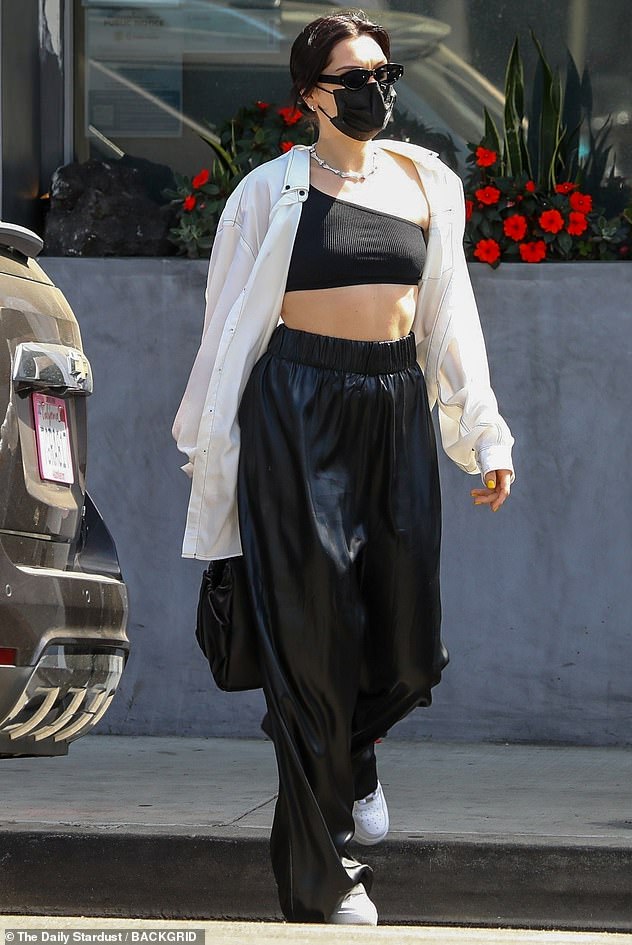 Stylish: Jessie J appeared to be smitten as she stepped out with boyfriend Max Pham Nguyen and friends for lunch at Crossroads Kitchen in West Hollywood on Saturday

She slicked her raven tresses back from her face in a chic up-do and appeared to sport a light palette of make-up.

Max, meanwhile, looked suave in a mustard checked shirt and jeans as the pair headed out.

He kept his look laid back and paired it with some white trainers and a plain white T-shirt, while adding a complementary mustard baseball cap. 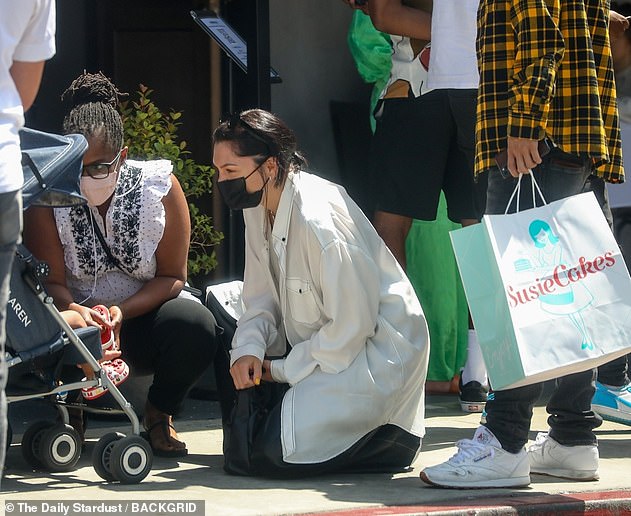 Heading out: Jessie protected herself with a face covering as she met with friends and their baby at the restaurant

The pair were first seen out in public together as they dined at a vegan restaurant in California in March.

The musician split from on-off beau Channing, 40, in October after a two-year, on-off romance.

Singer Jessie and Magic Mike hunk Channing had rekindled their romance in April 2020 after calling it quits in 2019.

At the start of the coronavirus crisis, the brunette sparked reconciliation claims with the screen star when she uploaded a sweet message in celebration of his birthday.

Alongside a snap of the Step Up actor relaxing in the sea during a getaway, the songstress penned: ‘Happy 40th Birthday to this special man right here.

‘You are truly one of a kind. I am so grateful you were born, and even more grateful we met’, she added. ‘Keep living your BEST life!’ [sic]

Jessie’s social media activity came just weeks after she was reported to have called it quits from the thespian once again, following on from their rekindled relationship earlier this year. 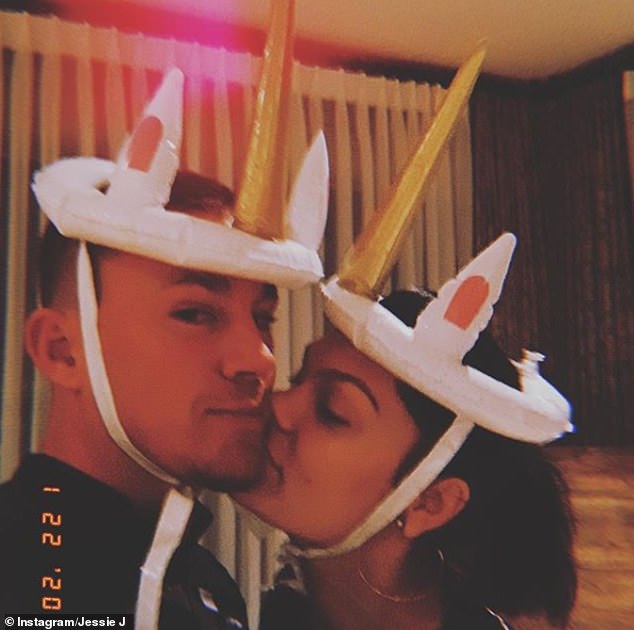 PDA: Jessie and her ex Channing Tatum, 40, went their separate ways back in October after two years of on-off dating