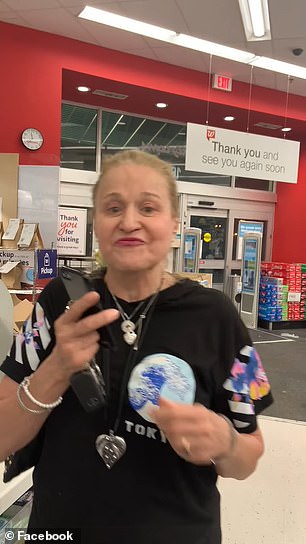 By Holden Walter-warner For Dailymail.com

An Islamophobic social worker has been arrested for racially abusing and spitting at a Muslim couple at a Florida Walgreens.

Maskless Luba Bozanich was filmed launching the racist tirade at vacationers Nahla Ebaid and her husband Tamir Elhadad on March 31 at the store in Fort Lauderdale.

‘You look like a f***ing n****r,’ Bozanich is recorded telling the couple, in cellphone footage.

‘Want me to spit on you again?’ Bozanich adds, suggesting that she has already spit on the couple. ‘What a [sic] ugly b***h,’ Bozanich says, seemingly directed at Ebaid. ‘Why do you wear clothes like that?’ 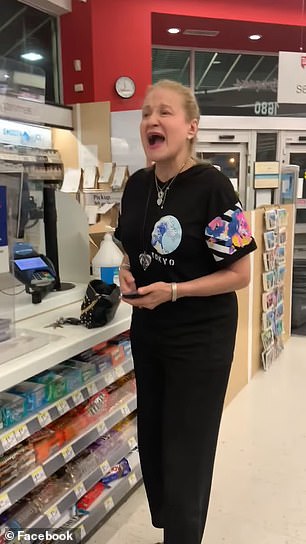 Luba Bozanich went on an Islamophobic, racist, and homophobic rant on March 31

‘You are a f***ing c***sucker, you probably suck c***s,’ she continued, before referencing they were Muslim and saying ‘Kiss my a**.’

Bozanich then calls 911 telling the officers; ‘They’re Muslim, here in our country.

‘There’s Muslims here that are threatening me,’ she said, claiming that one of the victims threatened to throw her on the ground, which a man, off camera, refutes several times.

There is no sign that Ebaid or Elhadad ever threatened Bozanich.

‘No wonder people hate you. Israelis rule. Israelis rule cause you guys are ugly,’ Bozanich says as she walks away, with a Walgreens employee questioning whether or not Bozanich is even shopping.

During the confrontation, which reportedly began when employees asked Bozanich to put on a mask, which she declined to do, she is repeatedly asked to move away from the couple. 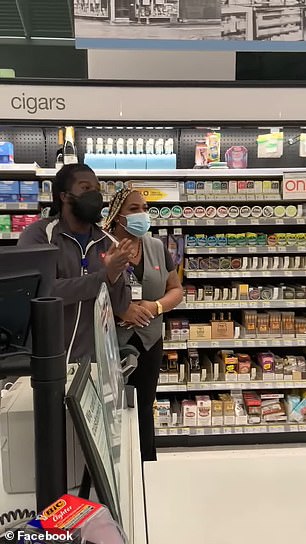 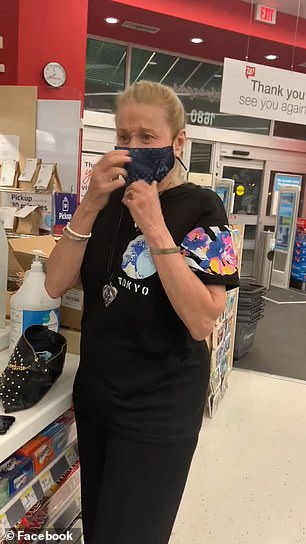 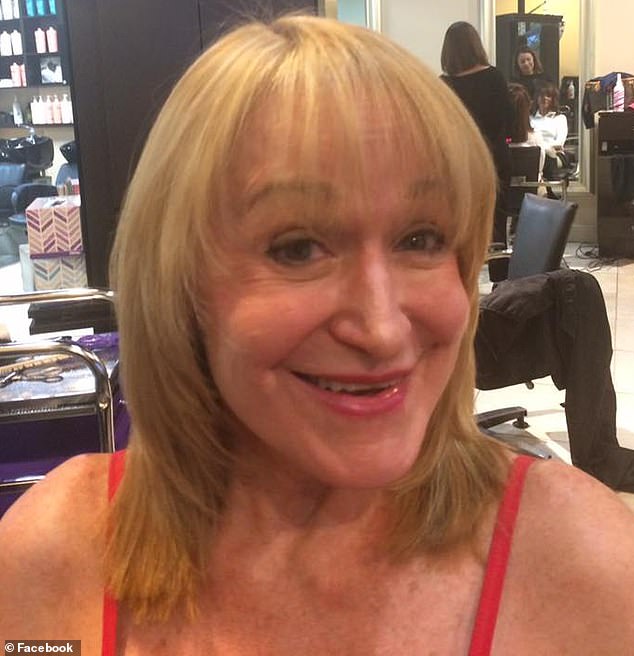 Luba Bozanich (seen on Facebook) apologized, but also suggested she was provoked

An employee is also heard on the video repeating her request for Bozanich to wear her mask.

However, when police do arrive, it’s Bozanich who is arrested and is facing charges of battery for allegedly spitting on Elhadad.

The incident is coming to light at the start of Ramadan, a 30-day holiday focused on forgiving and loving for Muslims.

The couple chose to forgive Bozanich for her hateful rant and not press charges, leading police to releasing her.

‘She apologized and we accept her apology,’ Ebaid said to NBC Miami. ‘This is from our religion, we have to forgive and give another chance.’

Bozanich claimed that she can’t wear a mask for medical reasons. 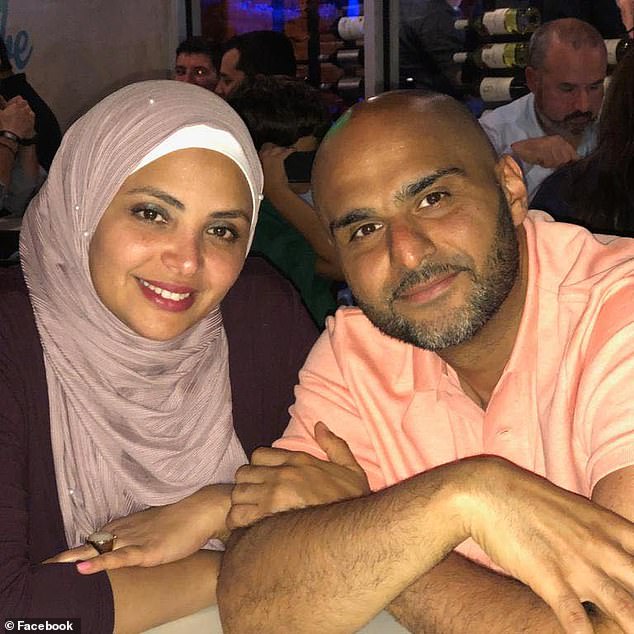 The licensed social worker apologized for her actions, but also suggested that she was provoked into the confrontation.

‘I don’t like what I saw, but I’m human,’ Bozanich said to Local 10 News. ‘When this guy said what he said to me I said what I said to him and I got angry. I felt very angry, and I told him off.’

Ebaid, meanwhile, is not backing down after the incident from being true to her identity.