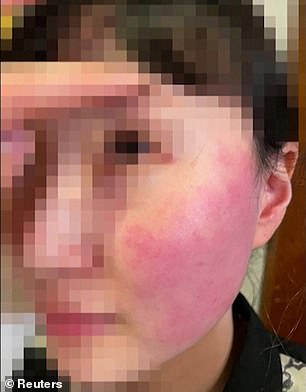 By Adam Barnett For Mailonline

The wife of the Belgian ambassador to South Korea is wanted for questioning by police over allegedly slapping a shop worker in the face after being accused of stealing clothes.

South Korean police said today that Xiang Xueqiu, wife of the Belgian ambassador Peter Lescouhier, is wanted for questioning after a complaint of alleged assault on a member of staff at a clothing store.

Footage of the ‘slap’ on April 9 taken by security cameras is being shared on social media, with some South Koreans demanding an apology from the Belgian embassy.

Slapped: The shop worker (above) displays the red mark on her face after being allegedly hit by Xiang Xueqiu, who is the wife of the Belgian ambassador to South Korea

The footage shows a woman in a face mask – identified by police as Xiang – trying on clothes and then leaving the store, when a member of staff in an orange shirt follows her out to the street.

The shop worker had suspected Xiang was trying to leave the shop with an item of clothing she had not paid for.

The footage then shows Xiang pursue the shop worker back into the store and angrily confront her, grabbing her by the shirt and wagging her finger.

When a colleague tries to break up the row by standing between them, Xiang appears to slap her hard across the face.

The shop worker was left with a large red mark across the left hand side of her face. 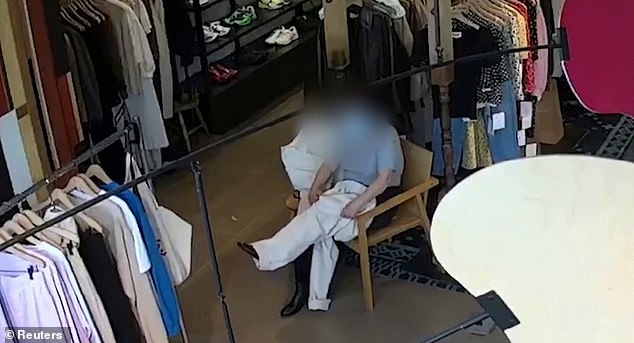 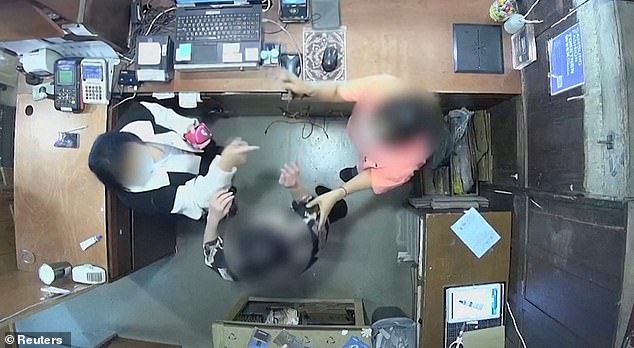 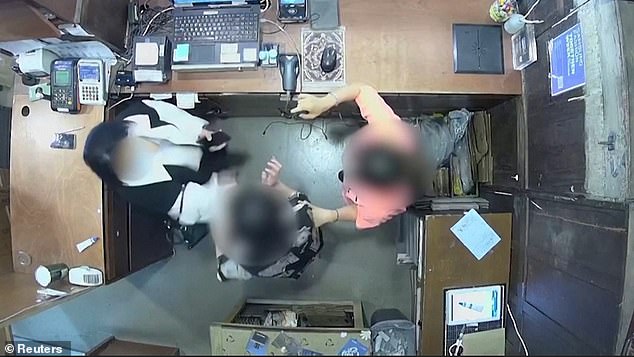 This is the moment when Xiang (left) slaps the second shop worker (centre) across the face, leaving a red mark 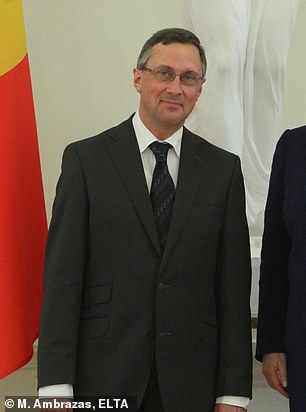 The footage also appeared to show Xiang Xueqiu speaking with two police officers at the scene.

Since then, police have not been able to contact her, saying it was because Xiang was in hospital.

‘Police who were dispatched to the scene identified her as the wife of the Belgian ambassador,’ said a police officer at a police station in Yongsan, an area of the capital where the embassy and the store are located.

‘We have sought her attendance, but as you see in local media, she cannot be reached since she is in the hospital.’

South Korea’s foreign ministry said it had urged the Belgian embassy to cooperate on the matter and that it would take appropriate measures based on further police investigation. 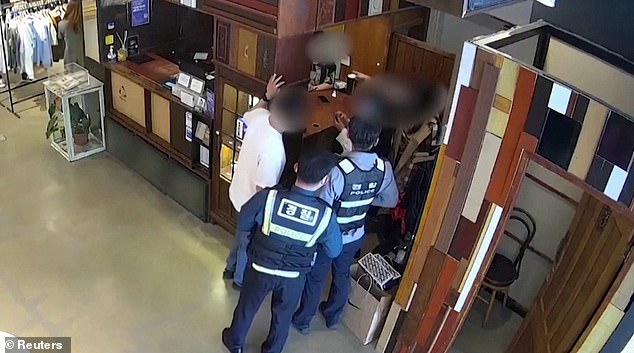 Police from Yongsan, South Korea, (above) visiting the store after the ‘slapping’ incident

The Belgian embassy in Seoul confirmed that Xiang had been hospitalized, but made no further comment. A spokeswoman for the Belgian foreign ministry declined to comment.

Some South Koreans voiced frustration over what they said were unfair privileges for diplomats and their families.

Lee Hyun-koo, 32, said: ‘I do believe that diplomatic immunity is important and should be respected, but considering the incident involves the ambassador’s family […] the ambassador should make an official apology.’