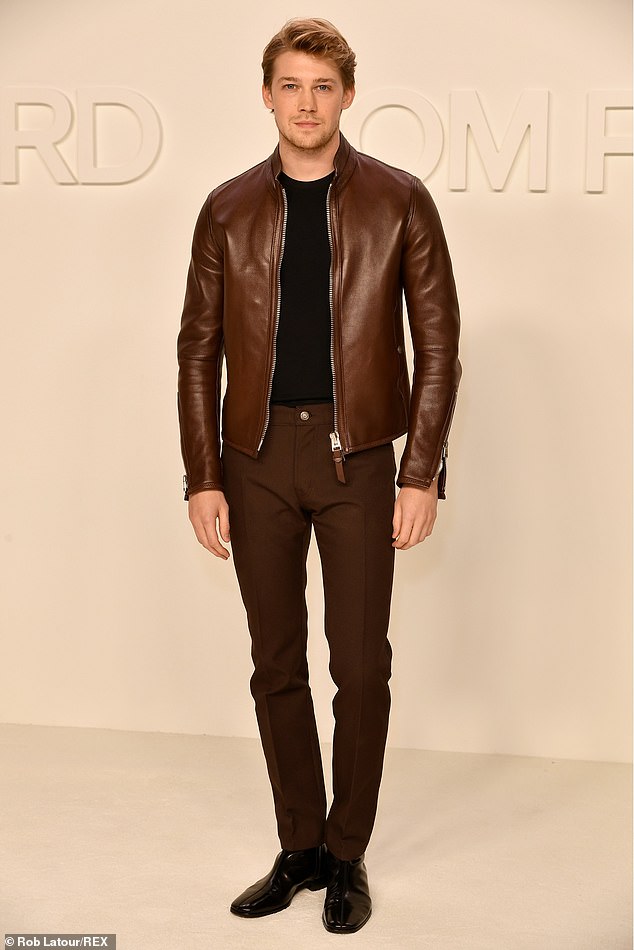 They’ve been in a starry relationship since 2016.

And now eagle-eyed fans of Taylor Swift have noticed that her boyfriend Joe Alwyn is credited as being a Grammy winner, according to grammy.com.

The win was for Album of the Year, for Taylor‘s 2020 hit album Folklore.

Actor and Grammy winner: Eagle-eyed fans of Taylor Swift have noticed that her boyfriend Joe Alwyn is credited as being a Grammy winner; seen here in 2020

It turns out that Joe, 30, cowrote two songs on the record under the pseudonym William Bowery.

Those two tracks are Exile and Betty, which he also coproduced alongside the songs My Tears Ricochet, August, This Is Me Trying and Illicit Affairs.

Swift would go on to release her ninth studio album Evermore in December, with Alwyn helping write the tracks Champagne Problems, Coney Island and Evermore.

Evermore, due to its release date, was not a contender for the 2021 ceremony. 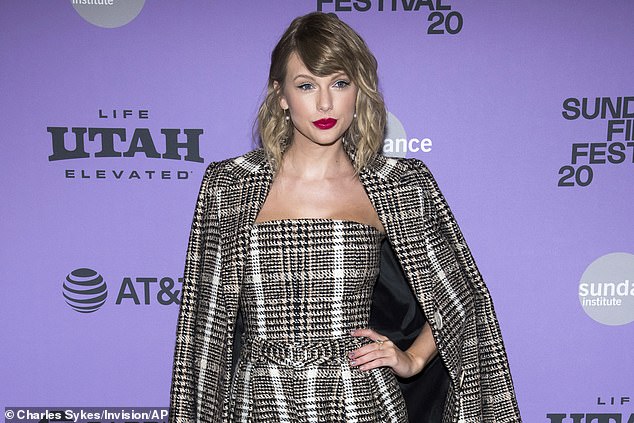 Superstar: Taylor and Joe have been in a starry relationship since 2016; seen here in 2020 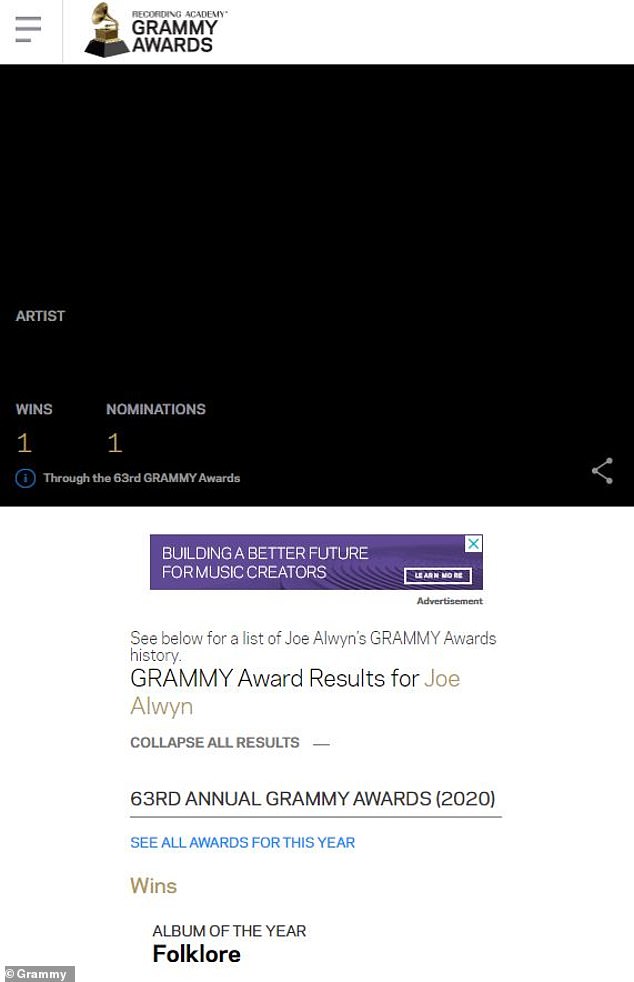 According to grammy.com: It turns out that Joe, 30, cowrote and co-produced songs on the record under the pseudonym William Bowery

The Grammy win for Folklore was Alwyn’s first, as well as his very first nomination.

The Cardigan songstress, 31, has a whopping 41 Grammy nominations to her name.

When she accepted the Grammy in March of this year, Swift was joined on stage by Jack Antonoff, Aaron Dessner, Jonathan Low, and Laura Sisk.

Although he was not present, Taylor made sure to thank her beau during her emotional acceptance speech.

‘Joe, who is the first person that I play every single song that I write. And I had the best time writing songs with you in quarantine,’ gushed the pop songstress, placing her hand over her chest. 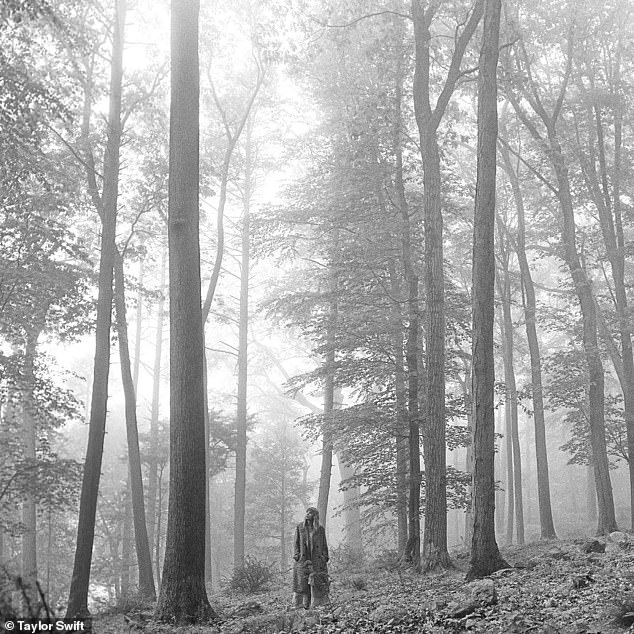 Hit record: The win was for Album of the Year, for Taylor‘s 2020 hit album Folklore

Swift, who is notoriously tight-lipped about her relationship with Alwyn, gave some rare insight into their relationship during an interview on Apple Music last year

‘But in a way, it wasn’t because we have always bonded over music and had the same musical tastes. He’s always the person who’s showing me songs by artists and then they become my favorite songs.’

In Taylor’s alum Lover, which immediately preceded Folklore, she included a darling track called London Boy – which was directly inspired by her relationship with Joe. 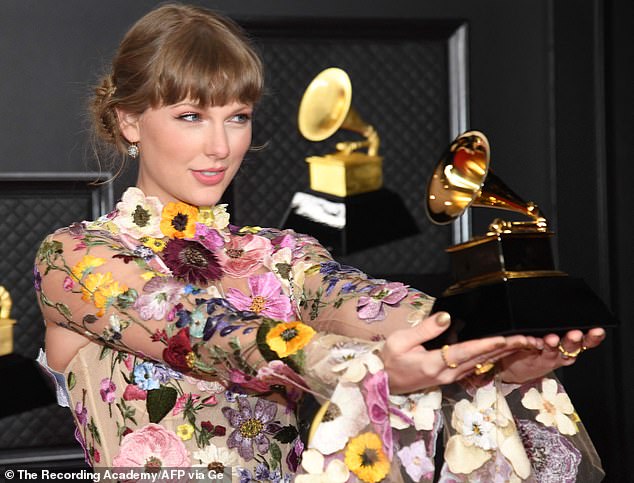