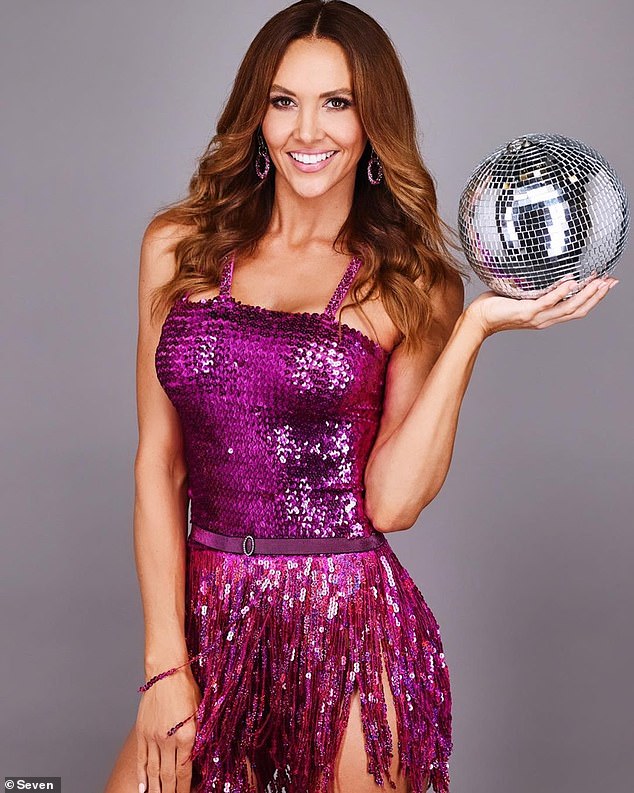 ‘My ribs absolutely got smashed’: Kyly Clarke reveals the horrific injuries she suffered on Dancing with the Stars

By Abi Moustafa and Jade Watkins for Daily Mail Australia

She was the runner-up in this year’s season of Dancing with the Stars: All Stars.

And it appears Kyly Clarke didn’t get there without a struggle, revealing in an interview on Friday she’d suffered several nasty injuries during the competition.

The former WAG told News.com.au: ‘My ribs absolutely got smashed.’

Injuries: Kyly Clarke didn’t get to the finale of Dancing with the Stars without a struggle, revealing in an interview on Friday she’d suffered several nasty injuries during the competition

‘There was lots going on,’ she added. ‘I still have a sore knee from doing the dance and slide on the floor. But at the end of the day, no pain, no gain.’

Kyly explained it had been years since she last did such rigorous training, so her body wasn’t prepared for the long rehearsals.

‘I am older, obviously I have had a child so you don’t really know how your body is going to respond to a different kind of exercise,’ she said. 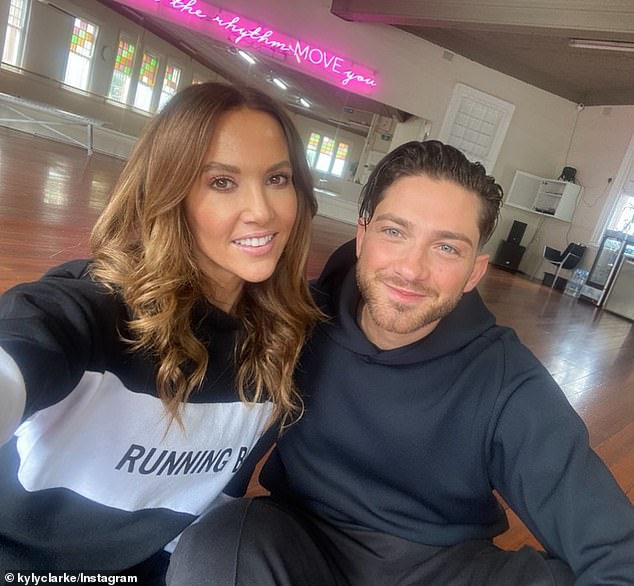 Mates: Kyly appears to have otherwise been having a ball in the company of her hunky Italian dance partner, Gustavo Viglio (right). The former WAG was beaming as the pair cuddled up for a sweet selfie earlier on Sunday 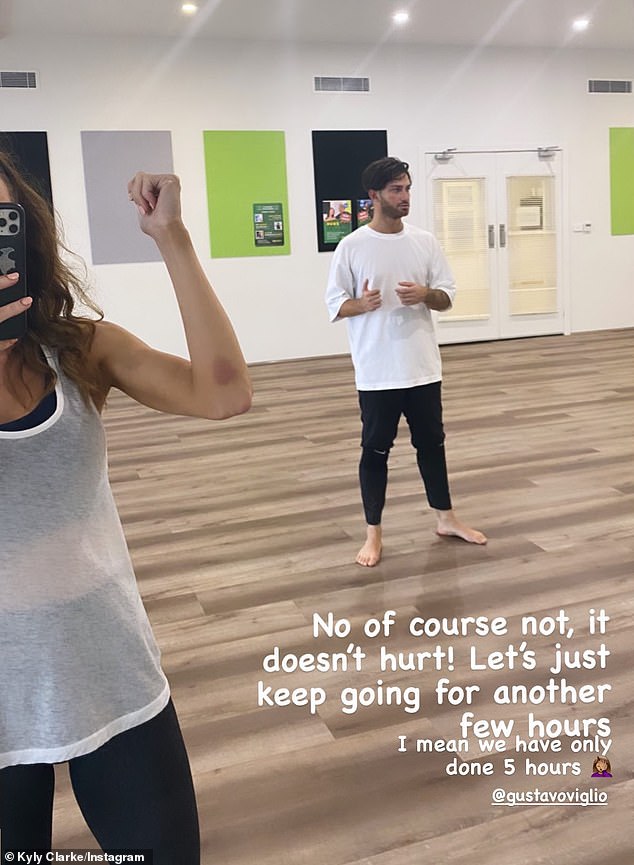 Painful: In a series of Instagram posts, the interior designer documented the extensive purple bruises on her legs and arms

In a series of Instagram posts, the interior design expert documented the extensive purple bruises on her legs and arms.

Wearing a crop top with a white singlet and a pair of black tights, Kyly held her arm up to the camera to show one of the injuries.

The brunette also rolled her tights up to show another bruise on her leg.

She joked in the caption: ‘No of course not, it doesn’t hurt! Let’s just keep going for another few hours. I mean we have only done five hours!’ 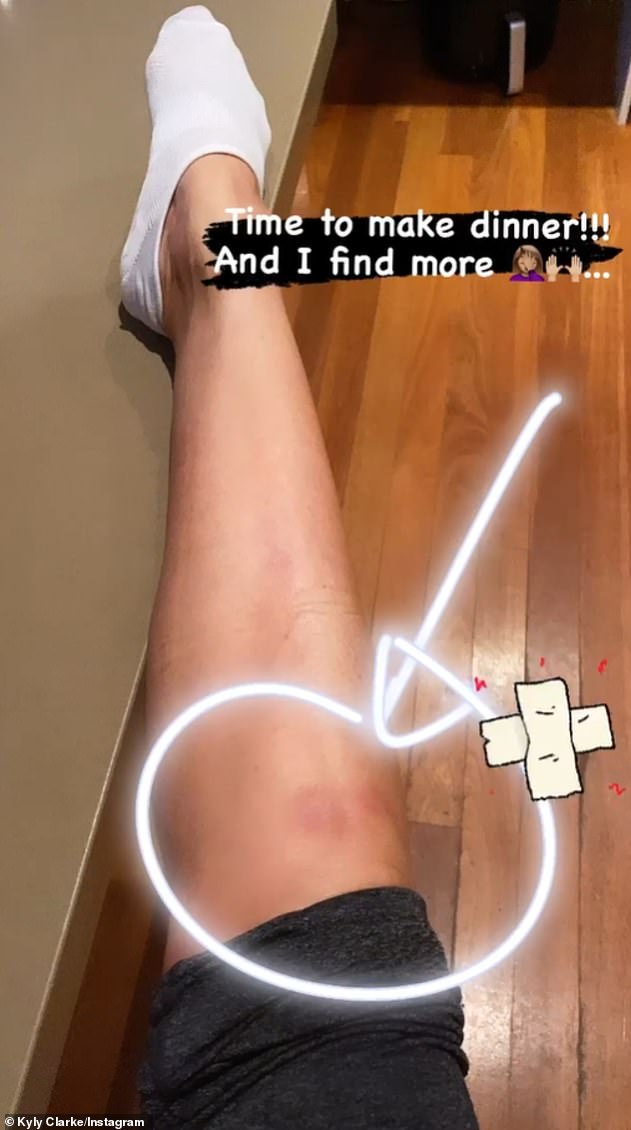 She explained jokingly in a caption: ‘No of course not, it doesn’t hurt! Let’s just keep going for another few hours. I mean we have only done five hours!’

Kyly isn’t the only star who was wounded during filming.

Renee posted images from her performance to Instagram, and wrote: ‘This moment made all the blood, sweat, tears, fractured bones and torn muscles worth it.’ 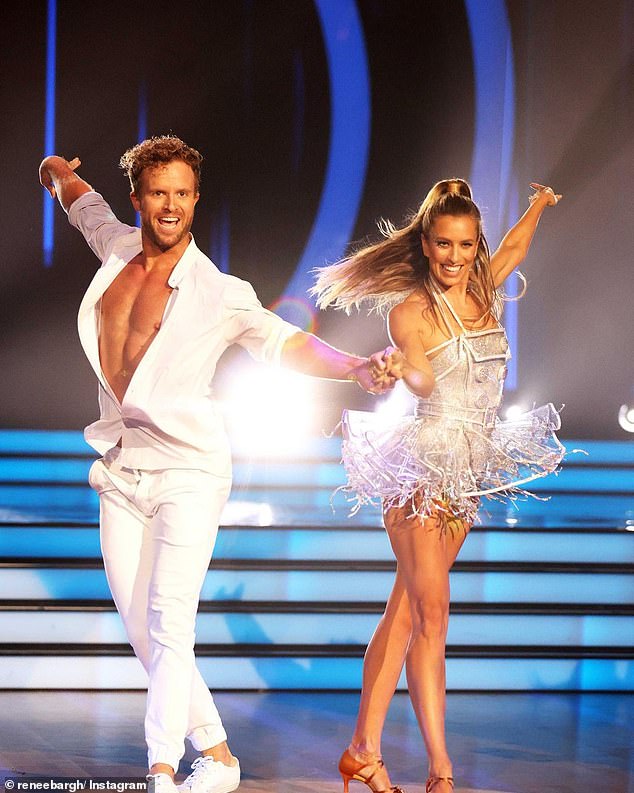 Putting on a brave face: Despite the bumps and bruises, the blonde beauty stunned the judges with her flawless dance moves as she showed off her incredible figure in a tiny silver mini dress 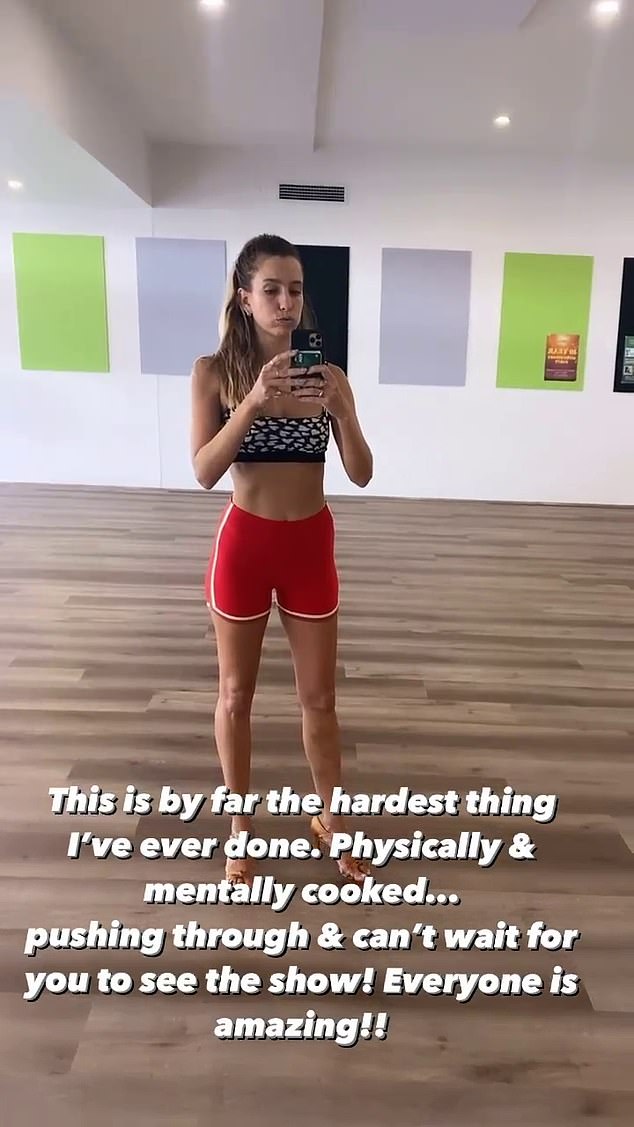 ‘This is by far the hardest thing I’ve ever done’: Earlier this month, Renee revealed some extensive bruising on her legs during rehearsals 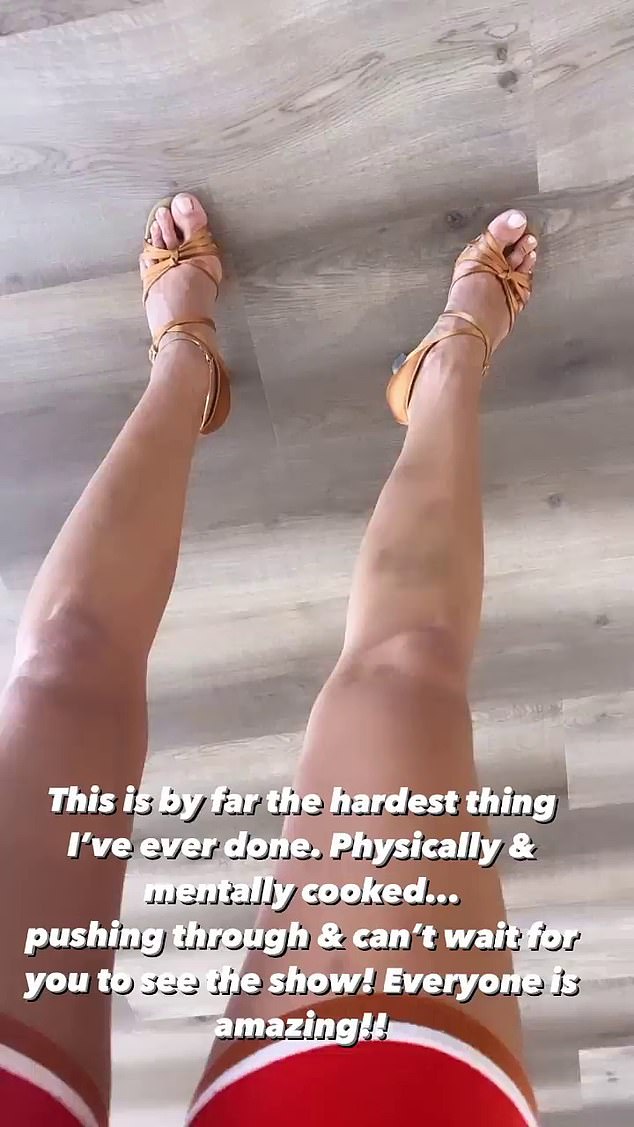 Ouch! Large black and blue bruises were seen up and down the blonde beauty’s slender pins as she panned the camera over her body in an Instagram video

Large black and blue bruises were visible on her legs as she then panned the camera over her body in a separate video.

Renee, who keeps fit with Pilates and hip-hop dance classes, admitted training for the competition had been the hardest thing she’d ever done.

‘This is by far the hardest thing I’ve ever done. Physically and mentally cooked… pushing through and can’t wait for you to see the show. Everyone is amazing!’ she captioned a clip of herself in the DWTS dance studio. 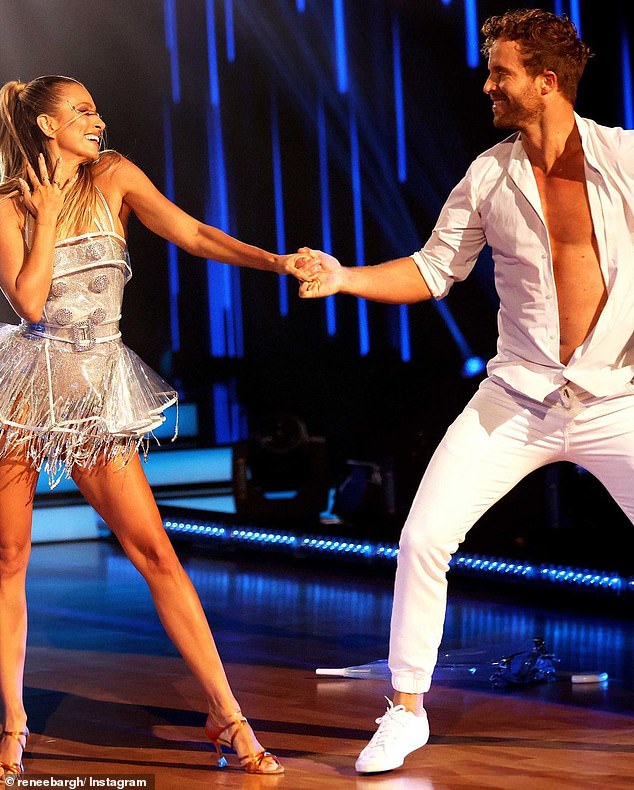 Winners are grinners: The performance paid off though, as the couple topped the leaderboard at one stage