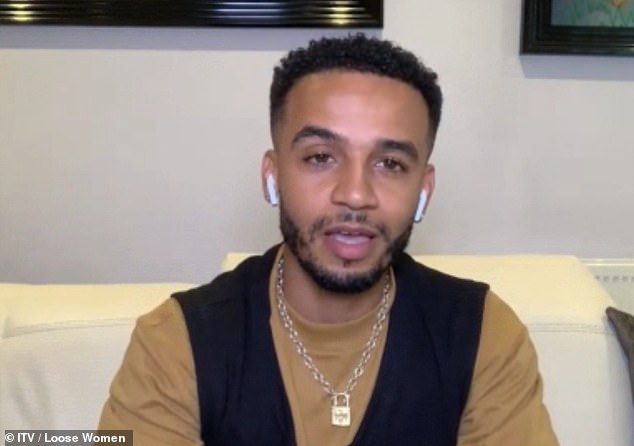 Aston Merrygold has opened up about his experience with racism, and explained how it helped him deal with racist comments his son Grayson has been subjected to by trolls.

The JLS star, 33, said that the vile remarks have helped him to become ‘more protective’ of his three-year-old child, and that he was ‘always ready’ for his biracial son to be targeted due to the racism he himself experienced.

Aston explained that he also knows these comments are aimed more specifically at him rather than Grayson, as he clearly runs the tot’s Instagram account.

Speaking out: Aston Merrygold has opened up about his experience with racism, and revealed how he dealt with racist comments his son Grayson has been subjected to by trolls

Speaking on Netmum’s Sweat, Snot & Tears podcast, he said: ‘The comments that were received online definitely didn’t make us feel like we wanted to hide away or restrict anything that we post. To be honest, it made me more protective.

‘I was always ready for that to happen. The only reason I would say I would be prepared for it is because of me going through racism through childhood, adulthood, on a daily basis, you see stuff, it’s as clear as day. 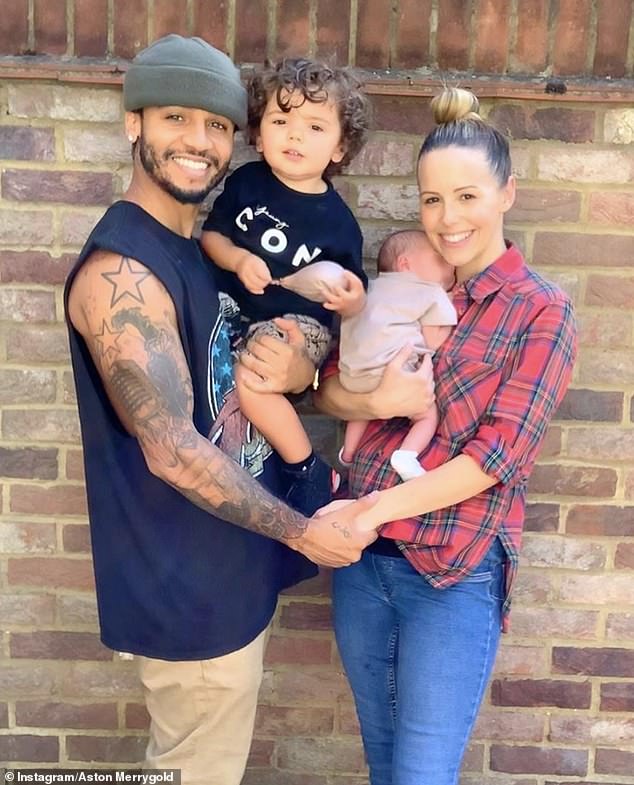 Protective: The JLS star, 33, said the vile remarks have helped him to become ‘more protective’ of son Grayson (pictured along with partner Sarah Louise Richards and son Macaulay)

He went on: ‘Getting those kind of comments at this age, it was a bit like, “I’m never gonna”. Firstly, it’s obviously not his [Grayson’s] Instagram.

‘So when stuff like that is posted, harmful comments that are posted under pictures and stuff, I know that’s not sent for Grayson, that’s sent for me!

‘Only an absolute moron would think that a three-year-old is scrolling through Instagram and going, “I’m gonna post this picture”. It says in the account, managed by me and Sarah. So that’s aimed for me.’ 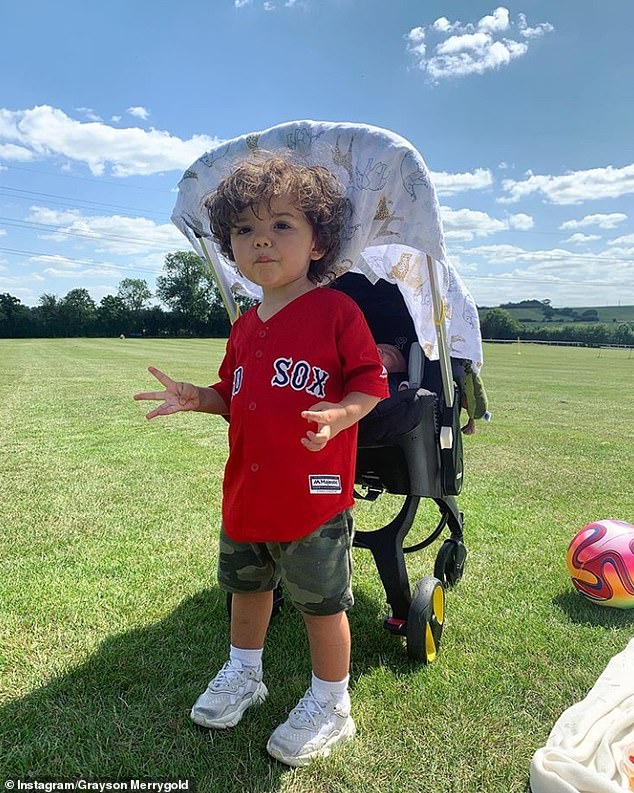 Devoted dad: Aston and his partner Sarah run an Instagram account dedicated to Grayson which was littered with vile racist comments from trolls

On a more positive note, Aston spoke about reuniting with his JLS bandmates – JB Gill, Marvin Humes and Oritse Williams – and their upcoming comeback tour, which is scheduled to take place this November.

He explained: ‘The tour is there, it’s set, we are good to go. The first time round it was a whole new experience and everything was like, “Wow, this is cool”.

‘Now, it’s a bit like, instead of stuff like rolling in at 4am, I’ve gotta get up and I’ve gotta deal with these two [children Grayson and Macaulay].

‘It’s going to be a whole new experience, the kids are gonna be with us on the road at certain times, all of us dads, all of us older, uglier, just a little bit more broken than we were.’

The singer spoke candidly about his reaction to finding the racial abuse and said he plans on ‘tackling this to the fullest’ extent.

He said: ‘I was overcome with rage. I was speaking to my partner, she had to calm me down. I was like, “I need to get in my car and I need to find this person”.

‘I’ve had thick skin since I was very young, experiencing racism, but as a parent, I was never prepared to see that.’ 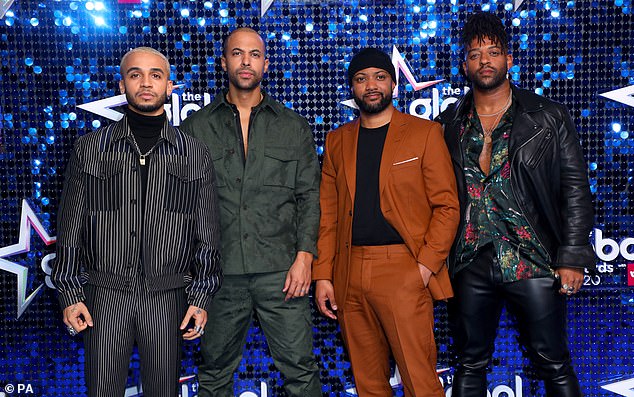 Aston added that after his initial reaction he then thought they needed to deal with the comment ‘the right way’.

He continued: ‘I said, “Right OK, we need to tackle this the right way. We need to do it publicly and make sure people can’t get away with this”.

‘Talk about it. Keep it vocal. Everybody needs to be aware that this stuff goes on all the time. The more it’s reported the more power authorities will have.’ 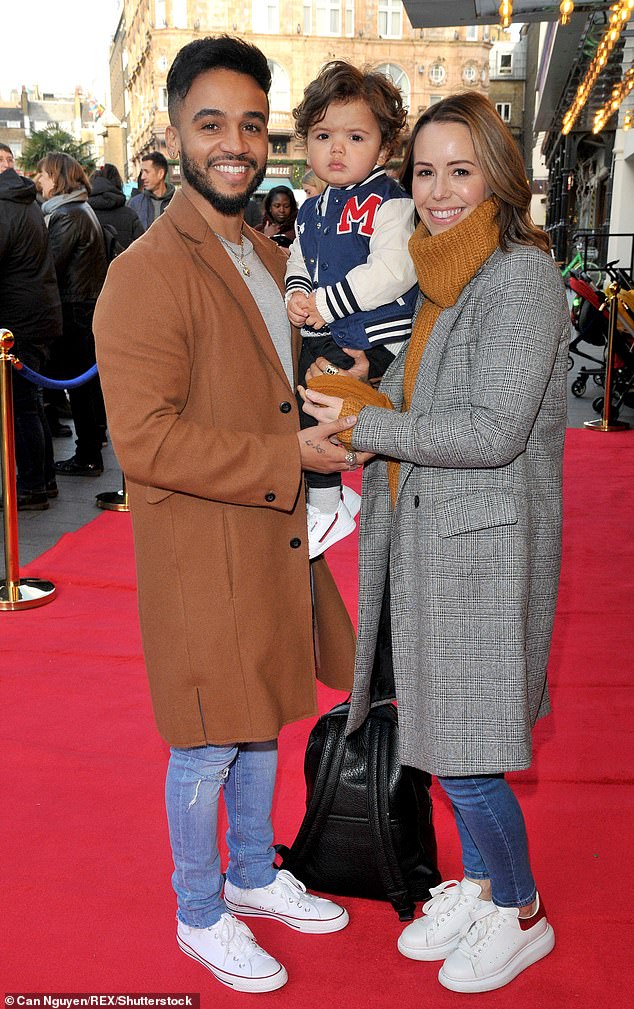 Cruel: Aston had previously spoken about vile trolls targeting Grayson, saying he plans on ‘tackling this to the fullest’ extent (pictured in 2019)