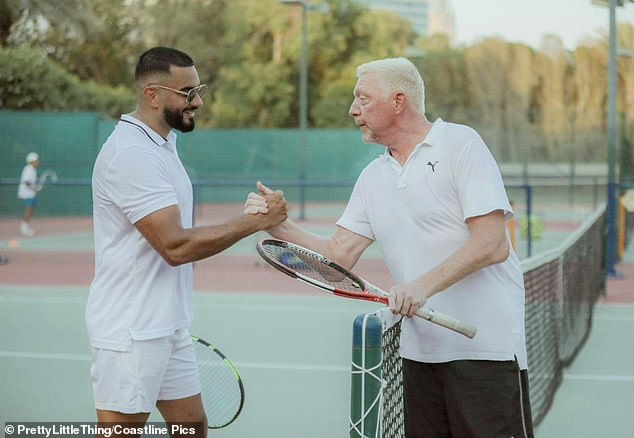 He is a former world number one tennis player, who has countless titles under his belt from his prolific sporting career.

And Boris Becker was seen enjoying a friendly game of tennis with PrettyLittleThing CEO Umar Kamani at the One & Only Royal Mirage Palace Tennis Club in Dubai, where Kamani is based, on Saturday.

The former professional tennis player, 53, was seen sharing tips with the businessman, 33, as they enjoyed a match together, with Umar’s girlfriend Nada Adelle watching from the sidelines.

Outing: Boris Becker and PrettyLittleThing CEO Umar Kamani were in good spirits as they enjoyed a tennis match in Dubai on Saturday

Umar opted for Wimbledon chic as he stepped out onto the court in all-white, and teamed a Nike polo shirt with shorts, and matching socks and trainers.

Boris, meanwhile, paired a simple white top with black shorts, he also offset his attire by stepping out in red trainers and black socks.

Following their match, Umar said of his friend: ‘Boris is an amazing guy, to get some coaching tips from one of the game’s legends was a great honour.’

Nada was also seen with a racket in hand, but she remained on the sidelines while Umar and Boris played their match. 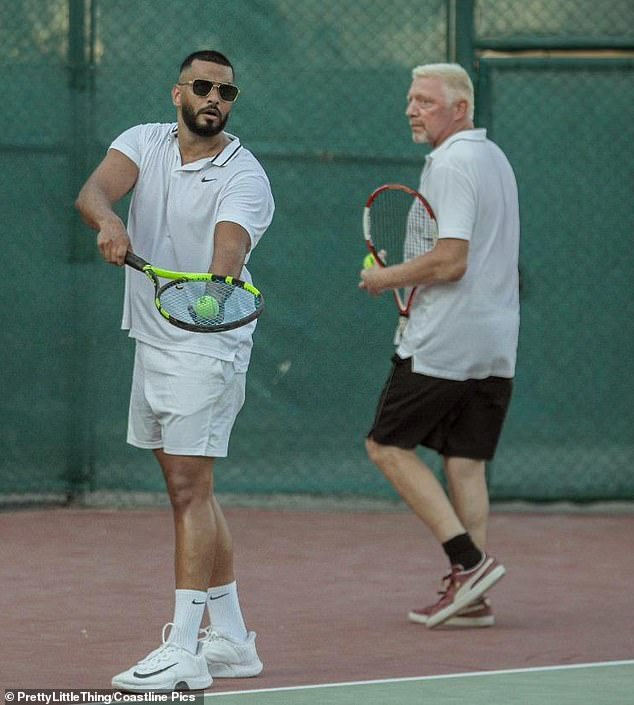 Coaching: The former professional tennis player was seen sharing tips with the businessman as they enjoyed a match together 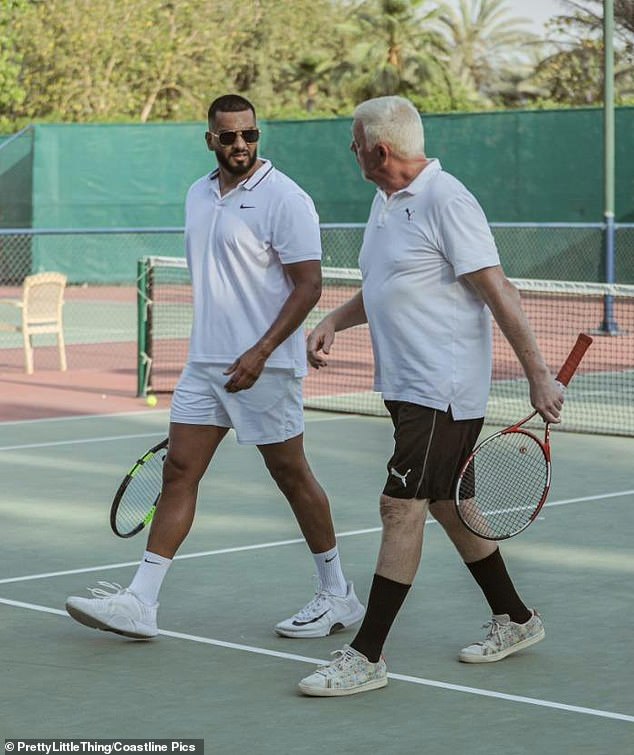 Dapper: Umar opted for Wimbledon chic as he stepped out onto the court in all-white, and teamed a Nike polo shirt with shorts, and matching socks and trainers

Boris appeared to break quarantine rules after a separate visit to Dubai back in November, after the three-time Wimbledon champion was filmed with his artist friend Neel Shukla during the trip.

A video posted on Shukla’s Instagram account on November 4 showed him with Becker inside the Etihad Museum, which explains the United Arab Emirates’ heritage.

He then returned to London, and was spotted enjoying a stroll around Hyde Park with Lilian.

He was also seen stepping out to visit the C restaurant in London, where he stayed for two hours despite lockdown restrictions.

Due to England’s second lockdown, restaurants were only allowed to be open for takeaway and visitors were not allowed to dine in, and Boris was also seen entering the restaurant without a mask on.

Lockdown rules at the time meant he should have gone into quarantine for two weeks after returning from Dubai. 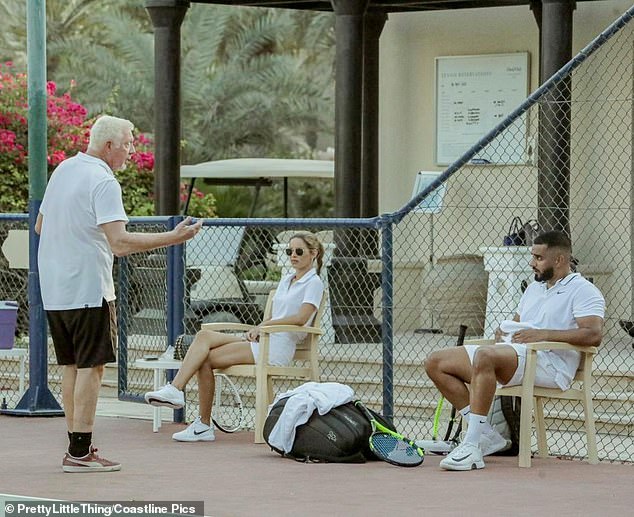 Game, set, match! Umar’s girlfriend Nada Adelle (centre) was seen watching from the sidelines, she also had a racket for the day out