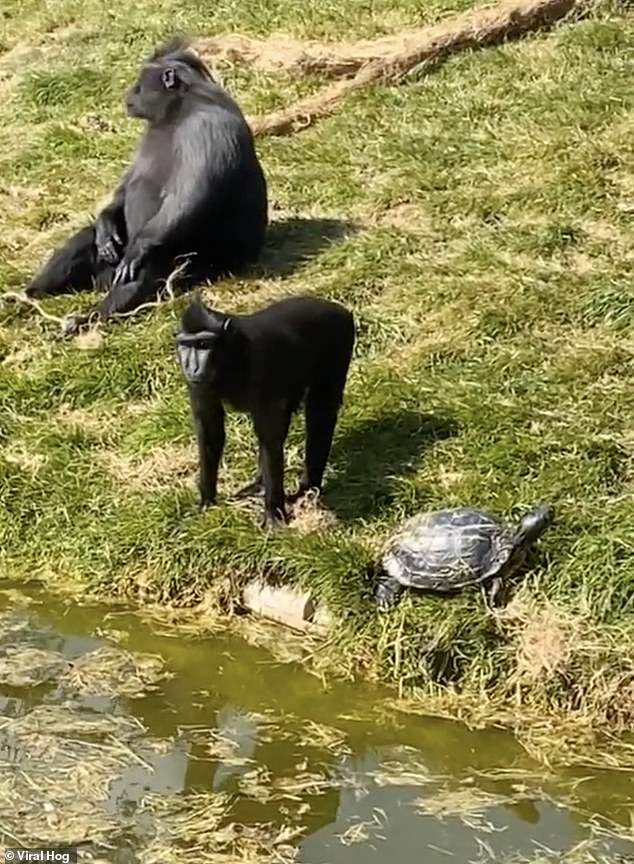 This is the hilarious moment a Sulawesi macaque monkey pushed a terrapin into a lake at a wildlife park in Norfolk.

The terrapin had made its way ashore from the pond into the monkey sanctuary at Thrigby Hall Wildlife Gardens outside Great Yarmouth.

Several monkeys were sitting in the enclosure when one noticed the reptile encroaching on their territory. 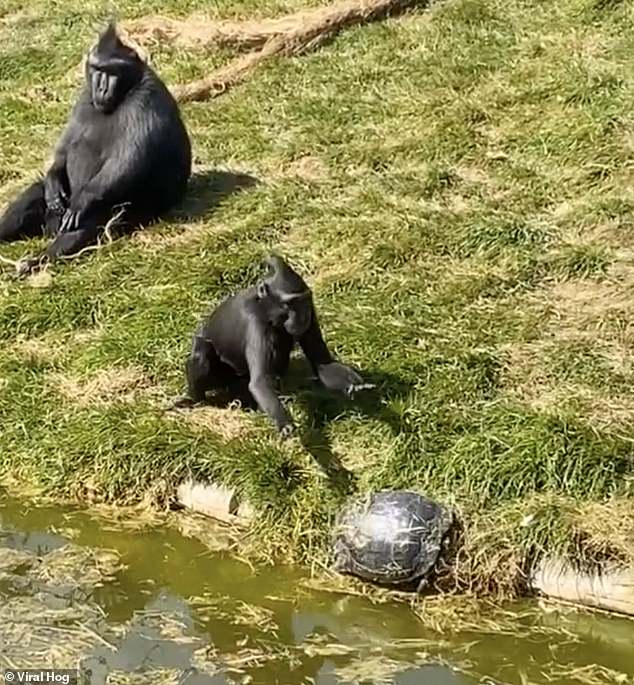 The monkey bounded over to the terrapin and pushed it back into the water, pictured 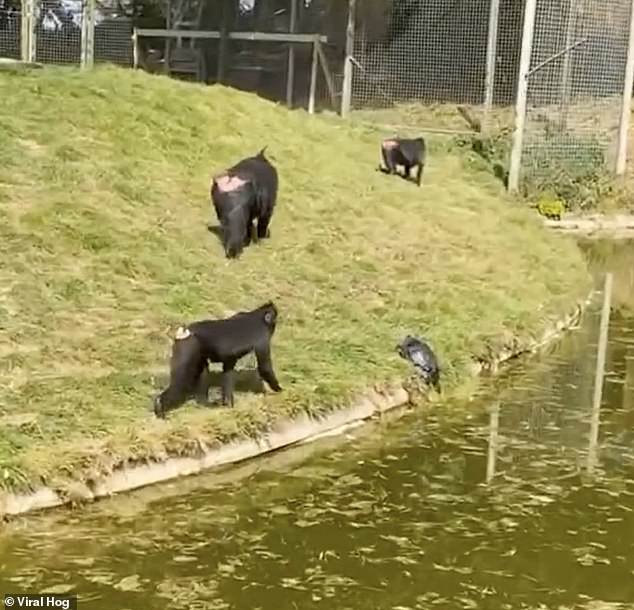 The monkey bounded over to the terrapin and pushed it back into the water.

A short while later, the terrapin tried again to get onto dry land, though the second time, it slunk back into the water to avoid an approaching monkey.

One witness, who filmed the encounter said: ‘We were at the zoo watching the mischievous monkeys and noticed a turtle on the edge and the monkeys hadn’t noticed it until that moment.

‘We couldn’t believe what we captured.

‘We watched as the turtle went in the water and circled round to find another spot, which is when I captured it for the second time, but this time the turtle wised up and did a back flip off the edge.’

The Sulawesi macaque is normally found in the Minahasa region of Sulawesi, Indonesia.

The animals normally grow to 22 to 26 inches long while adult females weigh 12 pounds and an adult male is around 20 pounds.

The monkeys are very active during the day and mainly eat fruit.

They often live in large troops of more than 20 animals which can include several adult males. 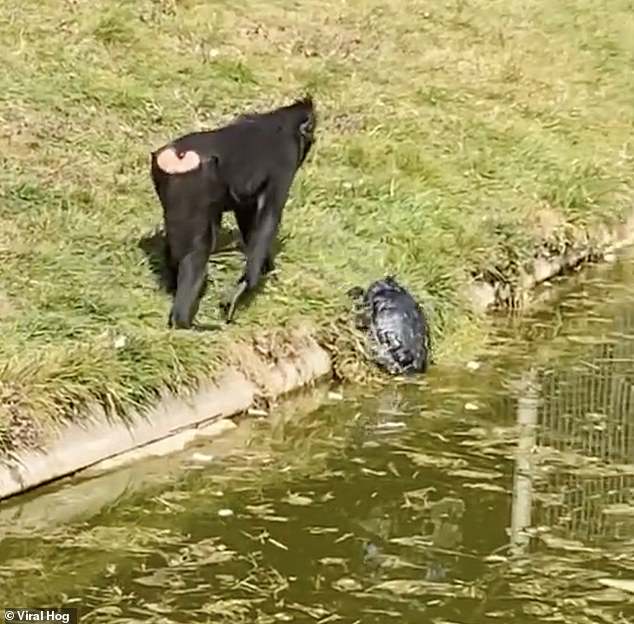 After spotting the approaching monkey, the terrapin flips back into the water to escape its attention