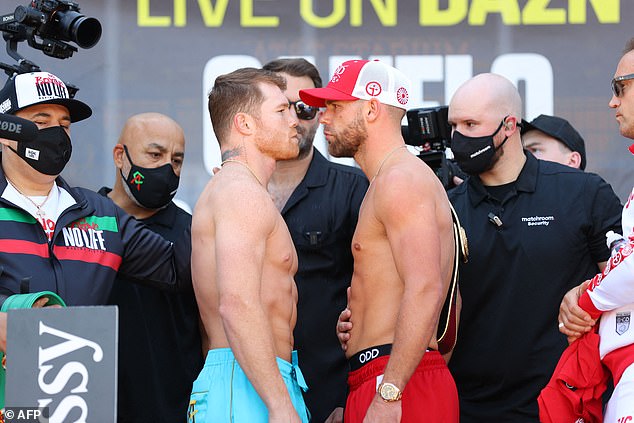 Billy Joe Saunders shrugged off a hostile reception at the weigh-in with Canelo Alvarez on Friday night, and then vowed to take his world titles.

Around 5,000 Canelo supporters turned up to show their support for the Mexican star, with nearly 70,000 expected at the AT&T Stadium in Texas on Saturday night.

Saunders will be backed by only a few members of his team and heavyweight champion Tyson Fury.

Britain’s WBO champion weighed in at 167.8lbs, with Canelo coming in lighter at 167.4lbs for their super-middleweight showdown.

Saunders is yet to suffer a defeat in 30 fights and the two-weight world champion insisted he was confident of victory.

Saunders said: ‘This will be the greatest win by a Brit abroad. Canelo has defeated six Brits, I’m the last body they’ve got to chuck out because there is no-one else coming through in the super-middleweight division who has a better chance than myself. 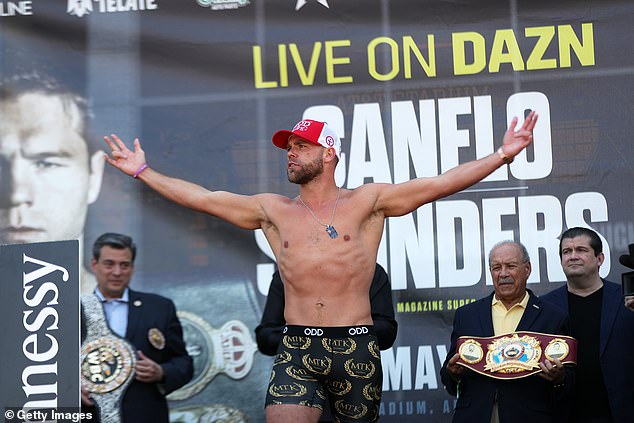 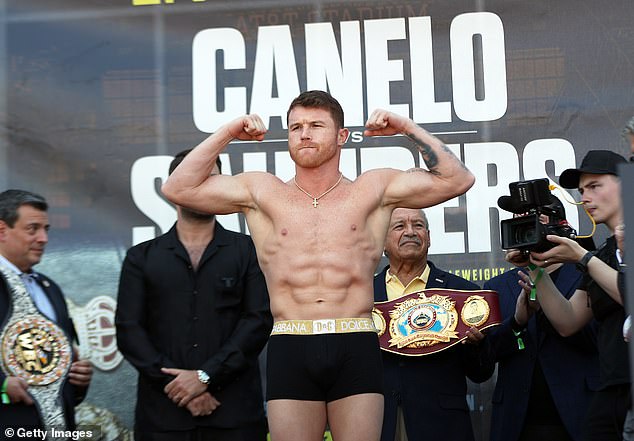 ‘People may have different views, but I have my own views and my own vision. I’m the seventh Brit and if I don’t do it, then I don’t think anyone can do it.

‘So hopefully everything goes well and the main thing is that it’s a fair shake of the dice because I’m up against it with the opponent. I don’t want to be up against everything else as well.’

Alvarez has made a habit of vanquishing British fighters during his various reigns as champion, including a unanimous decision win over Callum Smith, also in Texas, in December last year. 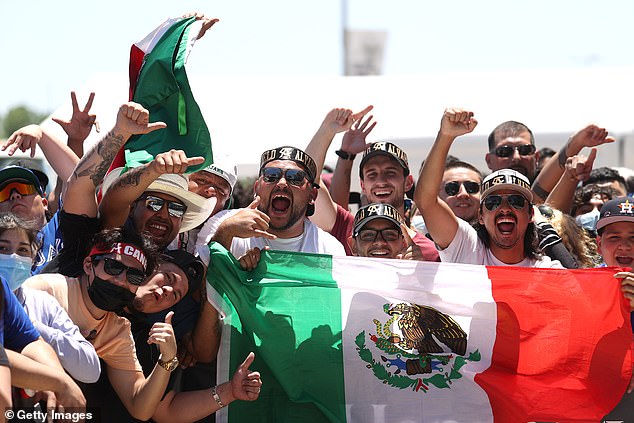 Around 5,000 Canelo supporters turned up to show their support for the Mexican star

Saunders is convinced his slick, counter-punching style will give him the edge against the Mexican and is clearly unfazed by the prospect of battling it out in front of an estimated 70,000 crowd.

‘Canelo has been doing it for many, many years now, destroying everyone. Six of those were Brits,’ added Saunders.

‘I don’t really take anything from any of them because I do my own thing. That’s what’s going to win this fight, something I bring to the table that none of them had.’

Watch Canelo vs Billy Joe Saunders live on DAZN for £1.99