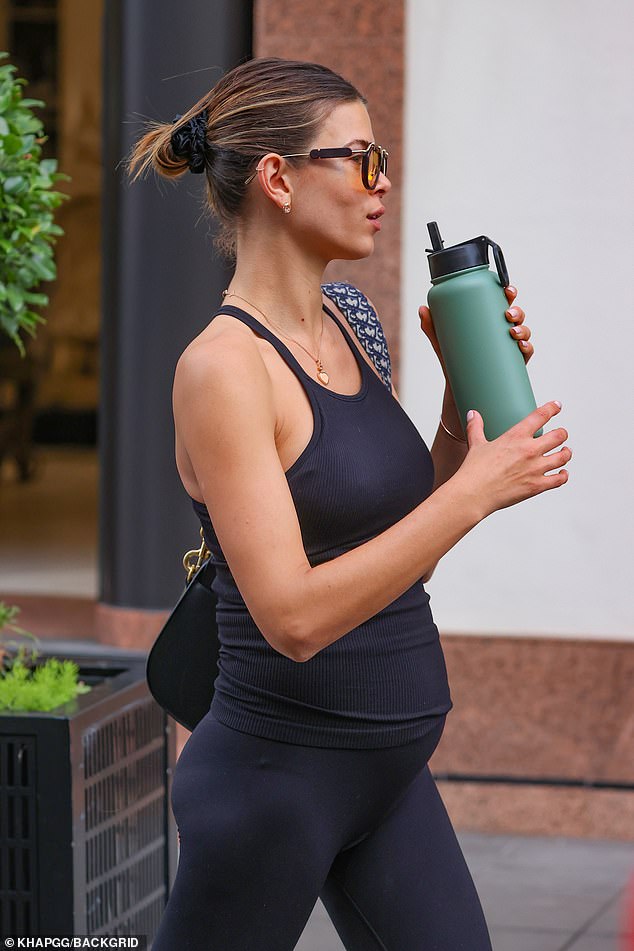 Fit mama! Pregnant Victoria’s Secret model Georgia Fowler is glowing makeup free as she shows off her baby bump in tight activewear after leaving the gym

She is expecting her first child with her restauranteur boyfriend , Nathan Dalah.

And Victoria’s Secret model Georgia Fowler was simply glowing as she left a session at the gym makeup free on Sunday.

The 28-year-old’s baby bump was on show in tight black activewear.

Fit mama! Pregnant Victoria’s Secret model Georgia Fowler was glowing makeup free as she showed off her baby bump in tight activewear after leaving  Vive Active gym over the weekend

The brunette beauty was clad in black leggings and a stylish racerback singlet top.

The Kiwi-born stunner accessorised with a chic Dior leather handbag and some cool tinted Aviator shades. 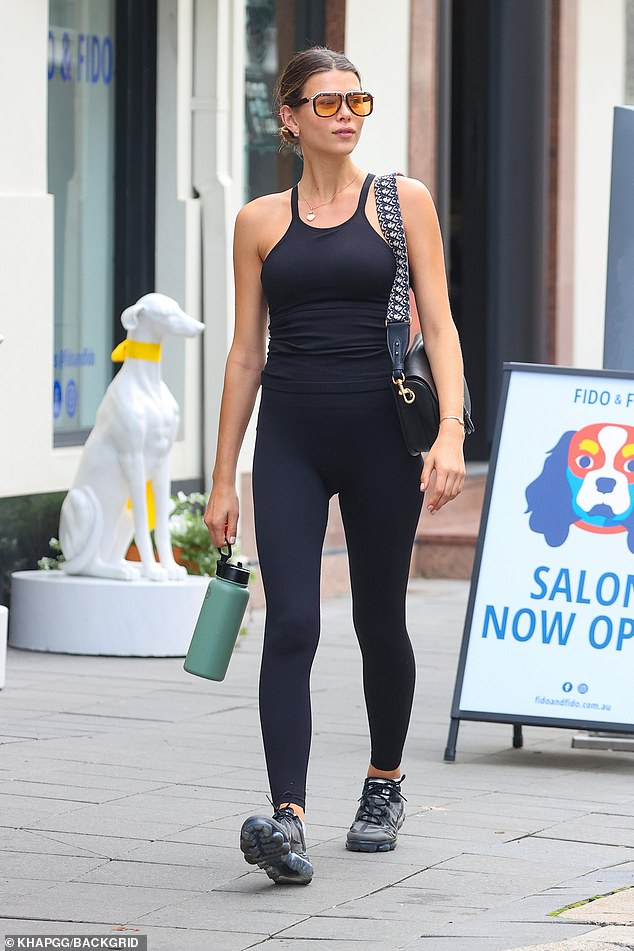 Simply stunning: The brunette beauty was clad in black leggings and a stylish racerback singlet top

Nathan, a co-founder of the Fishbowl restaurant group, revealed they’re having a daughter in his separate announcement.

The couple had confirmed their romance in February last year, and already share a puppy together, called Chilli.

In the past, Georgia has been romantically linked to Hollywood stars including Nick Jonas, Leonardo DiCaprio and Harry Styles. 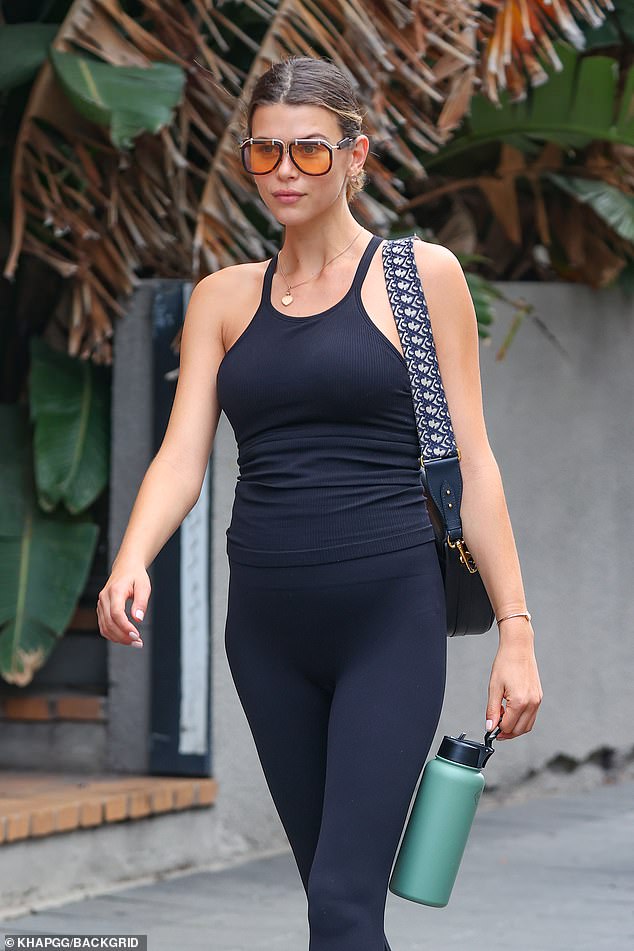 When prodded about Harry’s song Kiwi on Channel Seven’s The Morning Show in 2017, the star’s face dropped before addressing the question.

The song Kiwi on Styles’ self-titled debut album has long been rumoured to be about the Georgia and features the curious lyric: ‘she said “I’m having your baby, it’s none of your business”.’

‘Definitely don’t have a baby… that’s what the song is all about,’ she said, adding: ‘I think it’s highly unlikely.’