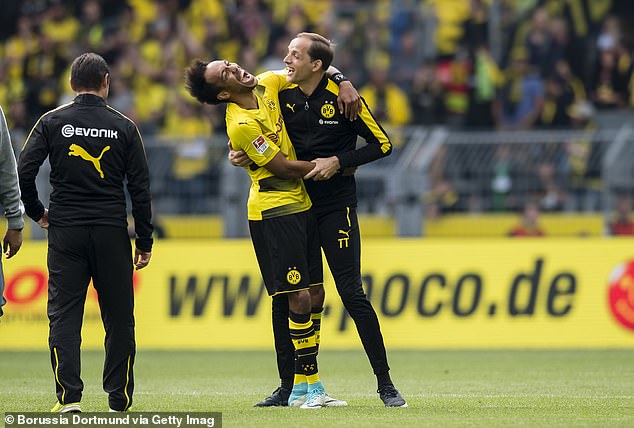 ‘It’s hard to be really mad with the guy… he has a big heart’: Thomas Tuchel lauds ‘crazy’ Pierre-Emerick Aubameyang as he fondly recalls their time at Borussia Dortmund, even if his timekeeping was awful!

By Matt Barlow for the Daily Mail

Pierre-Emerick Aubameyang’s pace and engaging personality made a lasting impression on Thomas Tuchel.

So did his punctuality. Or rather his lack of it, which prompted Tuchel to develop a ploy to make sure the striker arrived on time when they worked together for two years at Borussia Dortmund.

‘It was a pure pleasure to have him in the squad,’ said Chelsea’s head coach, as he prepared to face Arsenal and Aubameyang at Stamford Bridge, on Wednesday night.

‘A fantastic striker, a fantastic finisher but more than that, a fantastic worker off the pitch. Always with a smile on his face. Very, very honest. A bit of a crazy guy but nice crazy.

‘He did not miss one single training session in two years. Maybe he arrived five minutes late, that can happen with him, but if he does this, he is in a hurry, he has excuses, he is sorry and he has still a smile on his face. That’s him, and it’s hard to be really mad with the guy. He has a big heart.

‘When we wanted him to be on time, we told him the meeting was 10.45am when the meeting was 11am so there was a good chance he would be there with everyone else. You could hear his car from a kilometre away. We could prepare everything, start the video because he will arrive soon.

‘I still don’t know how he managed to keep the driving licence in his pocket because from the sound of the car I don’t know if he was always on the speed limit.’

In March, Arsenal boss Mikel Arteta axed Aubameyang for the derby against Tottenham because he was late for a team meeting. 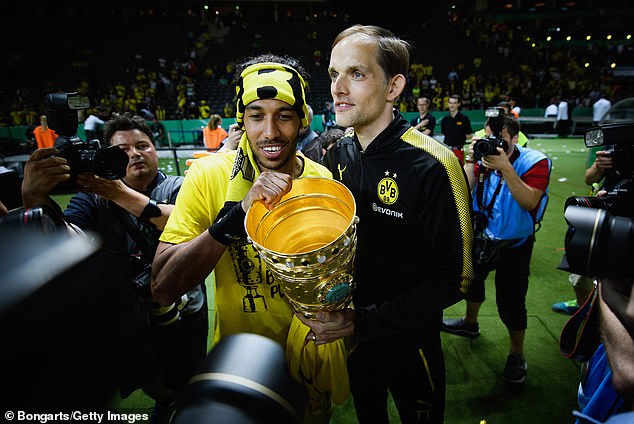 It has been a difficult campaign for the Arsenal captain. The goals have dried up and his flow has been disrupted, first missing games when his mother suffered a health scare and, later, when he caught malaria while on international duty with Gabon.

In Dortmund with Tuchel he thrived, scoring 79 goals in 95 appearances from 2015-17, including the winner, a penalty, in the German Cup final in 2017.

‘He delivered an unbelievable amount of goals,’ said Tuchel. ‘His speed was unique in the Bundesliga and he was a crucial player.’

Chelsea’s head coach admits surprise that the 31-year-old has not collected more major trophies. ‘Yes, because he is a winner,’ he said. ‘I never had a feeling he lacks a certain edge of mentality. But clearly he cannot do it alone. He also needs a top squad to play in to compete for the highest level. 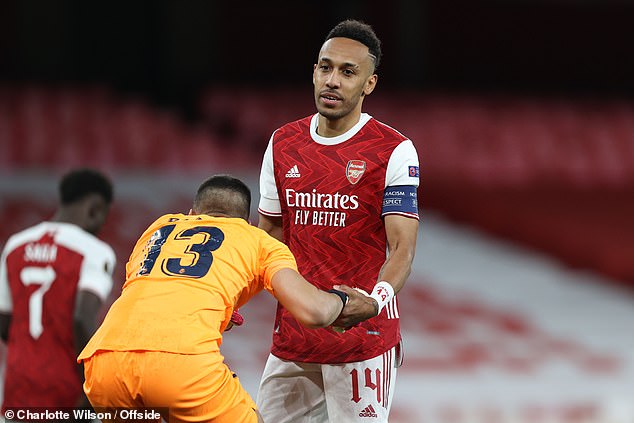 ‘In my experiences with Auba, you could push him to the limit and he was always up for a challenge, open to the next step, open to stay hungry, never lazy, never satisfied with one goal, two goals, always going for a third. I had a strong feeling that he is a real winner and you can rely on him.’

Tuchel refused to offer his thoughts on Aubameyang’s recent struggles at Arsenal. ‘That would not be correct,’ he insisted, and he is not sure they will work together again.

But he is looking forward to tonight’s reunion. ‘We exchange messages when one of us has a big win,’ said Tuchel. ‘In some ways, it feels like he will always be my player, so you want him to succeed and have a good time. It will be nice to see him because he’s always on for a hug and it’s nice to see him laugh, but, of course, we want to stop him.’ 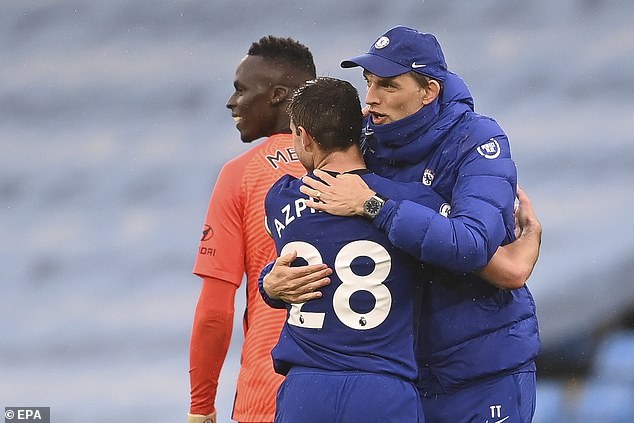 Tuchel has had a huge impact at Chelsea, reaching the FA Cup and Champions League finals