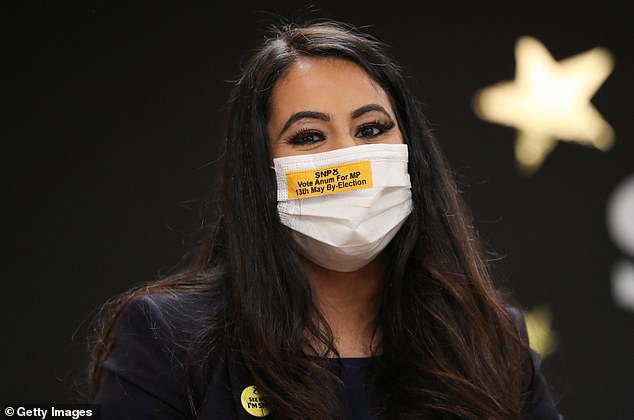 By Chris Jewers For Mailonline and PA Media


The SNP has won the Airdrie and Shotts by-election, with Anum Qaisar-Javed returned as the new MP for the area.

Ms Javed came in first in the contest, which was sparked by the resignation of MP Neil Gray, who has now swapped Westminster for Holyrood after last week being elected as the MSP for the corresponding seat in the Scottish Parliament.

She polled 10,129 votes, ahead of Labour candidate and local councillor Kenneth Stevenson who came in second with 8,372 votes.

The SNP has won the Airdrie and Shotts by-election, with Anum Qaisar-Javed (pictured) returned as the new MP for the area after securing 10,129 votes

There were four other candidates in the by-election, with Neil Manson of the Social Democratic Party getting 151 votes, Jonathan Stanley of the Scottish Unionists 59, Martyn Greene of Reform 45 and Donald MacKay of Ukip 39.

The SNP had a majority of 5,201 when the seat was contested in the 2019 general election, when the turnout was over 62 percent.

This year, there was a swing from SNP to Labour of 2.51 percent, which ultimately proved not to be enough for Labour to win the seat.