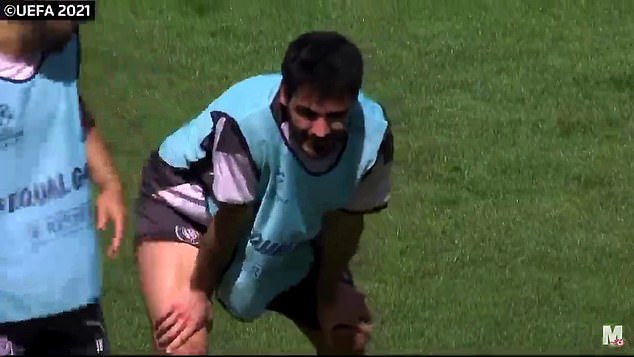 By Jack Gaughan for MailOnline

The central midfielder appeared to take a bang on the thigh during a challenge with Fernandinho during City’s training session at the Estadio Do Dragao.

Gundogan, who limped off, was an unused substitute for last weekend’s 5-0 victory over Everton and Pep Guardiola will be left hoping Friday’s issue is only an impact injury. 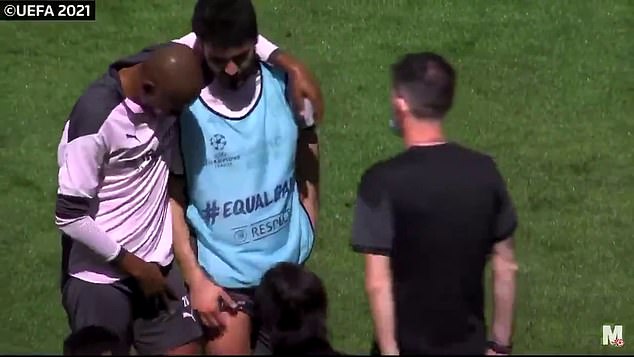 The club’s top scorer has been a crucial cog in Guardiola’s midfield since the turn of the year. Gundogan is also the only squad member to have starred in this final before, when Borussia Dortmund lost against Bayern Munich at Wembley in 2013.

Guardiola called for his stars to hold their nerve when they face Thomas Tuchel’s Chelsea – and believes they will need to play streetwise football.

‘Everyone wants to win but sometimes you have to adapt to the circumstances,’ the City boss said.

‘Some players go out and have more pressure and tension. You have to handle it. We’ll have to suffer to win. Most times in finals you have to suffer, adjust to the game and at the end try to be ourselves and try to do a good game. 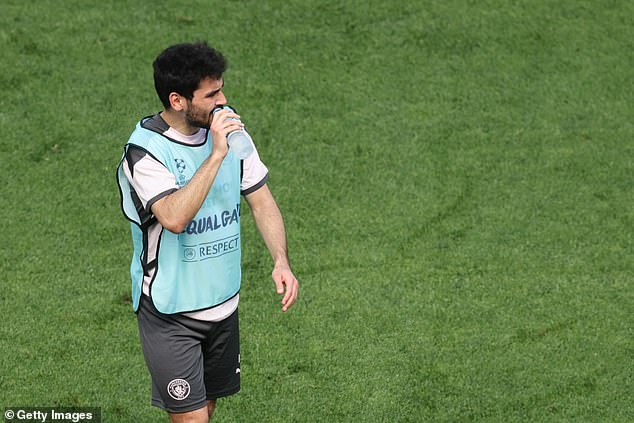 ‘I know exactly the way we want to play, with who we’re going to play and I’m not going to bother them much. I know exactly what I’m going to tell them. The guys who are anxious and nervous, I will tell them it’s normal.

‘It’s an incredible experience to be here, I never expected when I start my career to play even one final. We’re so lucky.’

City finished 19 points clear of Chelsea as they ran away with the Premier League title race. The mood around the camp this week has been relaxed. 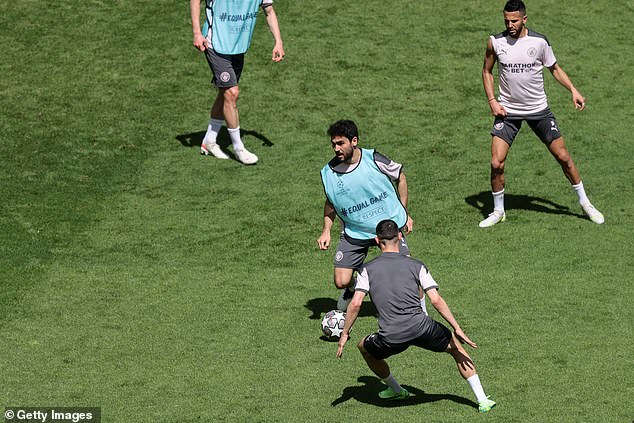 ‘He [Guardiola] has given the team more breathing space. It’s maybe something where he saw it was working, I guess that’s why everyone feels a bit relaxed about the situation.

‘It [reaching the final] has been one of the goals of the club and the players, being able to be here in the game tomorrow and to perform on the highest stage is a privilege.

‘Everyone understands the pressure. At least we can enjoy it and take it with a smile, take it as something where you want to perform your best.’

Guardiola added: ‘We have to do what we’ve been doing together for many years. To achieve the final of Champions League is like finishing a part of a process that started four or five years ago. Then the team that deserves to win will win.’