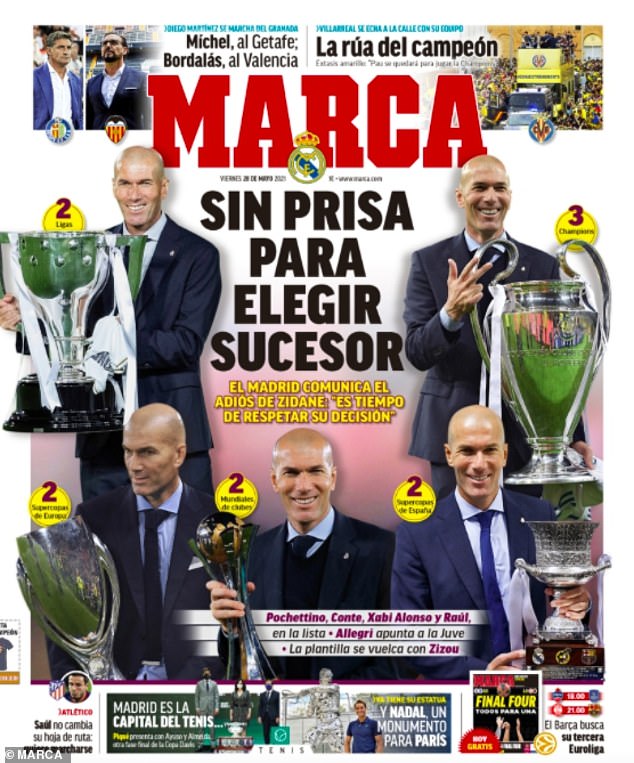 Real Madrid ‘in no rush’ to appoint Zinedine Zidane’s successor with Pochettino, Conte, Raul and Xabi Alonso the frontrunners to become their new manager after the Frenchman lost the confidence of president Florentino Perez and quit

Real Madrid ‘won’t rush to appoint Zinedine Zidane‘s successor’ after the manager’s second spell at the Bernabeu came to a close on Thursday.

Mauricio Pochettino, Antonio Conte, Raul and Xabi Alonso all appear on Real’s shortlist to succeed the Frenchman but the club isn’t looking for an appointment straight away.

It comes as little surprise that Zidane’s exit, which came out during Wednesday night’s Europa League final but was confirmed by the club on Thursday, dominates the front covers of the Spanish sports dailies.

Real Madrid are in no rush to appoint Zinedine Zidane’s successor, according to Marca 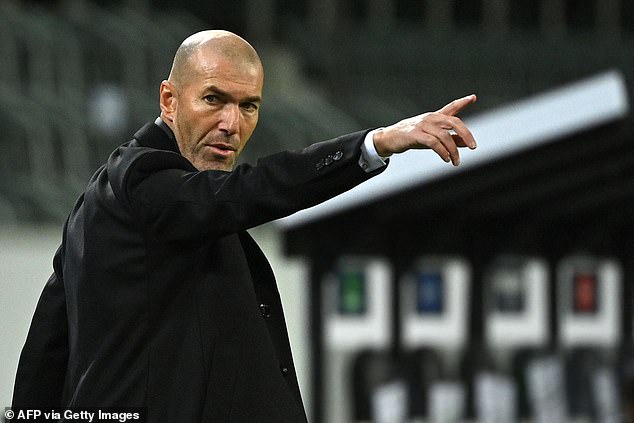 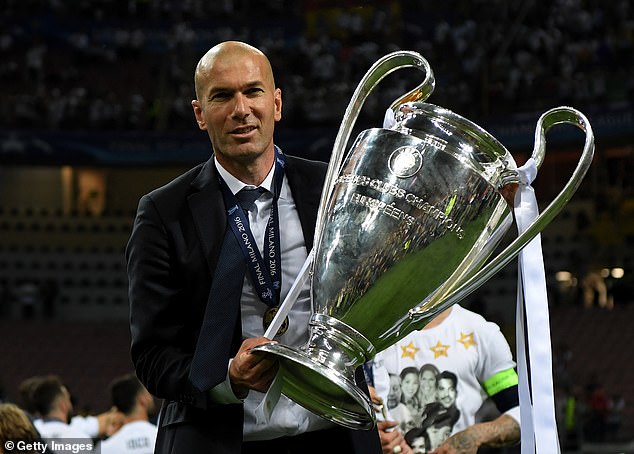 Marca have a montage celebrating the trophy-winning achievements of Zidane during his two tenures as Real’s manager.

He has led the club to three Champions League successes, two league titles (including last season), two European Super Cup wins and two FIFA Club World Cup triumphs, all of which are pictured.

‘No hurry to secure a successor,’ reads the headline on the front of Friday’s edition. They quote the club’s short official announcement, saying ‘now is the time to respect his decision’ before listing the four potential replacements.

Zidane had long sensed he had lost the backing of the Florentino Perez and it was telling there was no tribute from the club president in the statement.

Real were pipped to the LaLiga title by their city rivals Atletico last weekend and were knocked out of the Champions League semi-finals by Chelsea to end the season without silverware.

Diario AS choose to throw things forward and concentrate on who will be Zidane’s successor with a front page collage of the candidates.

One man knocked off the list is Massimiliano Allegri, who is poised to re-join Juventus, as a summer managerial merry-go-round in Europe gets underway.

Reports that Pochettino isn’t happy at Paris Saint-Germain and wishes to return to Tottenham are also gathering momentum. 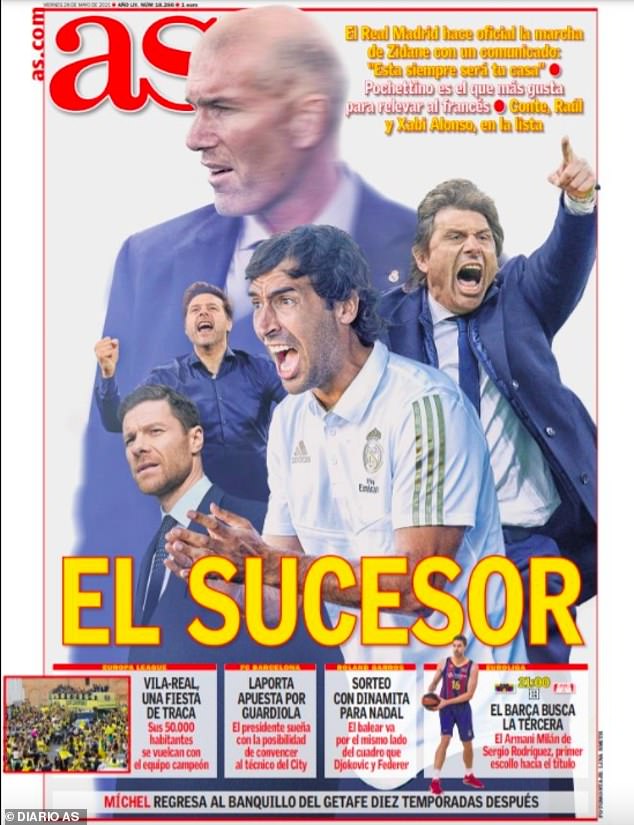 The front cover of Friday’s Diario AS concentrates on the four potential successors to Zidane – Mauricio Pochettino, Antonio Conte, Raul and Xabi Alonso 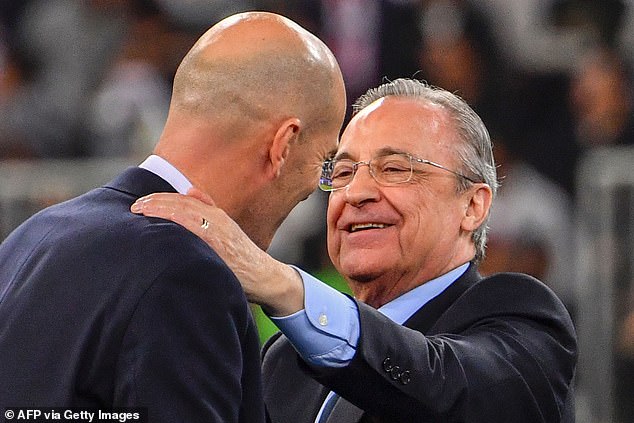 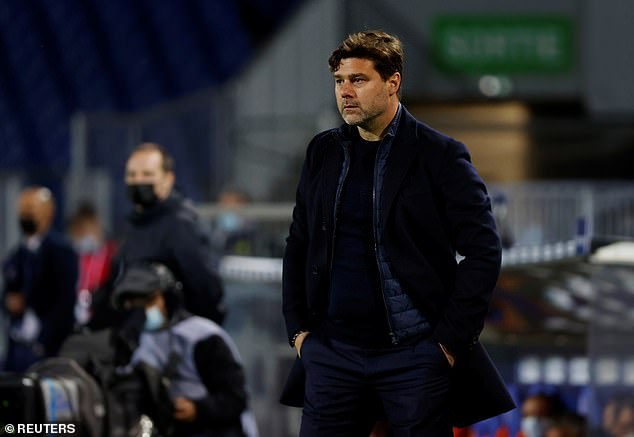 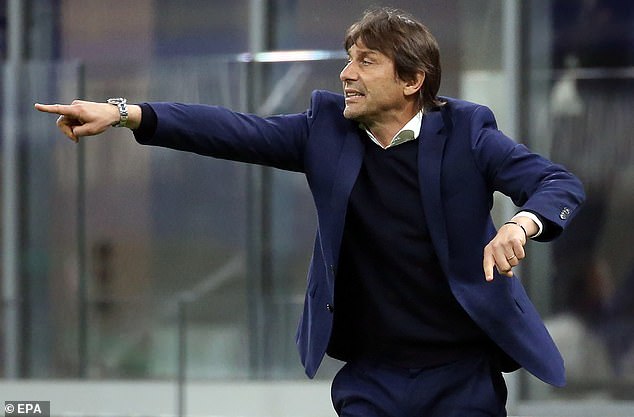 AS say that Pochettino ‘is the most-liked to replace him’ but Perez may have to move swiftly to prevent the Argentine accepting a sentimental return to north London.

Former Juventus, Italy and Chelsea manager Conte is suddenly available after quitting Inter Milan on Wednesday just days after guiding them to a first Serie A title in a decade.

Club legend Raul is currently in charge of Real Madrid Castilla, the reserve team, and would be a popular appointment with fans despite his inexperience.

Likewise Alonso, who played in Real’s midfield for five years between 2009 and 2014. Just 39, he is the current boss of Real Sociedad’s B team.

Over in Barcelona, Mundo Deportivo also lead with Zidane’s exit, picturing him looking downcast and gloomy next to the headline ‘he goes (again)’.

They report that Pochettino is the favourite to take over as Real attempt to return to the summit of both Spanish and European football. 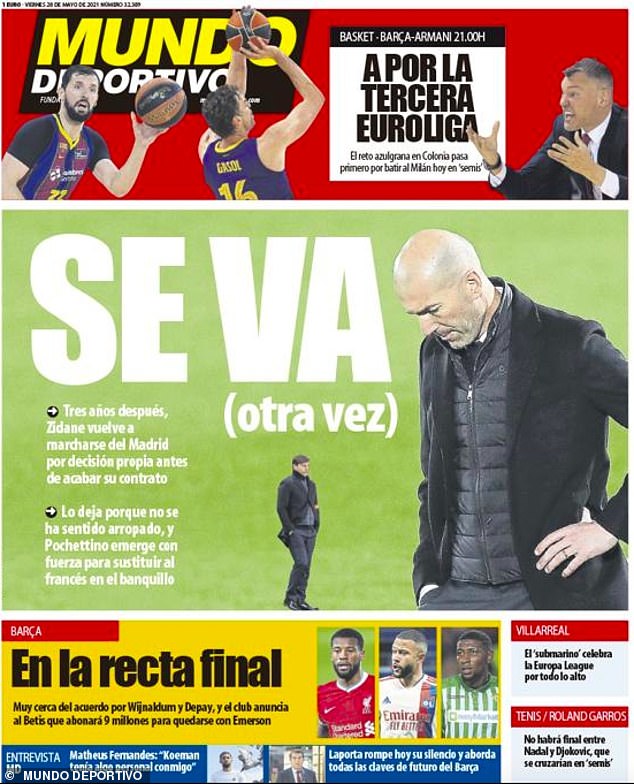 Mundo Deportivo went with a gloomy picture of Zidane and the headline: ‘He quits (again)’