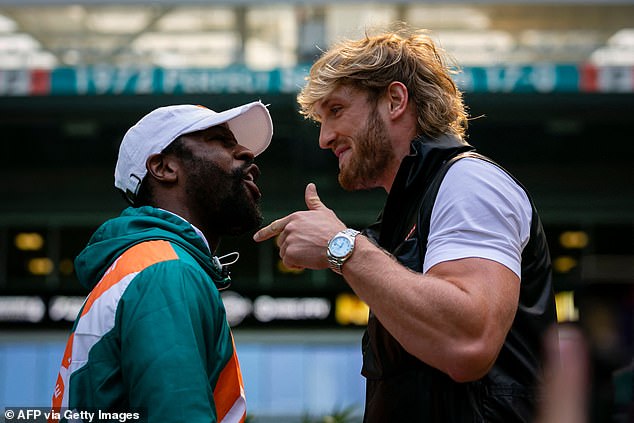 Floyd Mayweather risks ‘ruining his legacy and making a mockery of his whole career’ if he is embarrassed by Logan Paul, claims Carl Froch… as he claims the YouTuber-turned-boxer ‘has a chance’ of incredible upset

Carl Froch says boxing legend Floyd Mayweather could make a ‘mockery of his whole career’ if he suffers a shock defeat to YouTuber Logan Paul.

The YouTube star-turned-boxer will face Mayweather who holds a perfect 50-0 professional record, in an exhibition bout at the Hard Rock Stadium in Miami on Sunday.

Mayweather goes into the match as the heavy favourite, though Paul does have the size advantage over his opponent. 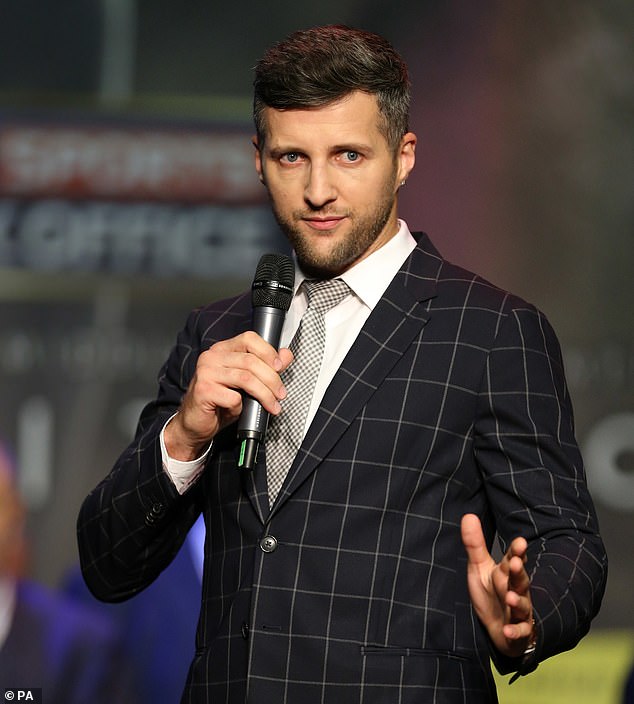 He told Sky Sports: ‘Mayweather should be far too good for him, but it’s exciting and it’s got your interest, because Logan Paul is so big, Mayweather has been retired for so long, and you do think, ‘Oh what if Mayweather ruins his whole legacy by losing to a YouTuber?’ That’s the appeal. That’s going to make you watch it.

‘I don’t want to say he’s got a chance, but he has got a chance Logan Paul, because he looks like he can shape up quite well. He’s had a couple of fights and he’s so big.

‘Mayweather could end up making a mockery of his whole career. If he gets caught and gets put down, it will be embarrassing. If he loses, he might as well get a one-way ticket to Australia.’

The last time Mayweather fought in the ring was back on New Year’s Eve in 2018 when he beat Japanese kickboxer Tenshin Nasukawa in an exhibition bout.

Paul meanwhile holds a 0-1 professional boxing record after he lost to fellow YouTuber KSI in November 2019. 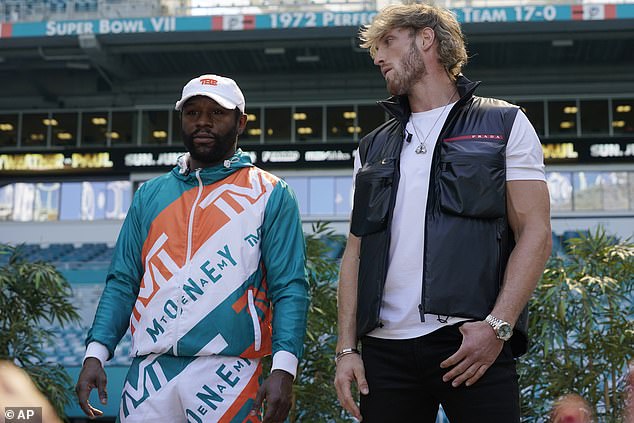 Tempers have already flared between the two competitors over the June 6 fight, with Paul’s younger brother Jake stealing Mayweather’s hat during a face-off in Miami earlier this month.

Speaking at the time, Mayweather implied that he didn’t need to form much of a gameplan to defeat his opponent stating to Barstool Sports: ‘[I have] no strategy. I’ve just got to show up.

Paul meanwhile has mocked the American boxing icon’s preparations ahead of their June 6 fight.

The YouTuber said in a social media video: ‘Floyd Mayweather is so excited that he made someone bleed in sparring. He posted the same picture twice from the same day, he’s so excited.

‘Hey champ, you’re not the only person who makes people bleed in sparring. Who are you sparring bro? You’re sparring trash.

‘You pipsqueak. June 6 is going to be the worst day of your life dog. I’m going to make this so hard for you.’ 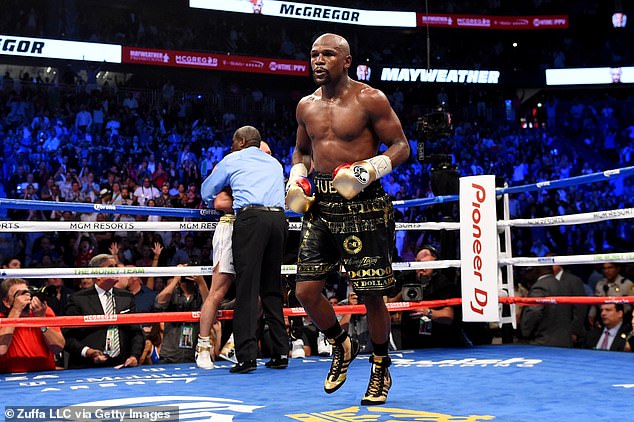