James Lawrence reveals infamous ‘Wales, Golf, Madrid’ banner photo with Gareth Bale was ‘completely spontaneous’ and insists it was meant as a ‘joke’ after hostile reaction from Real fans and Spanish media

The Wales superstar celebrated securing his country’s qualification to the European Championships in November 2019 by dancing in front of the damning banner handed over by fans with his team-mates.

Bale was struggling for minutes in the Spanish capital at the time having been shunned by then-manager Zinedine Zidane, who has just resigned from the role.

Gareth Bale was spotted dancing in front of a ‘Wales. Golf. Madrid. In That Order’ in 2019 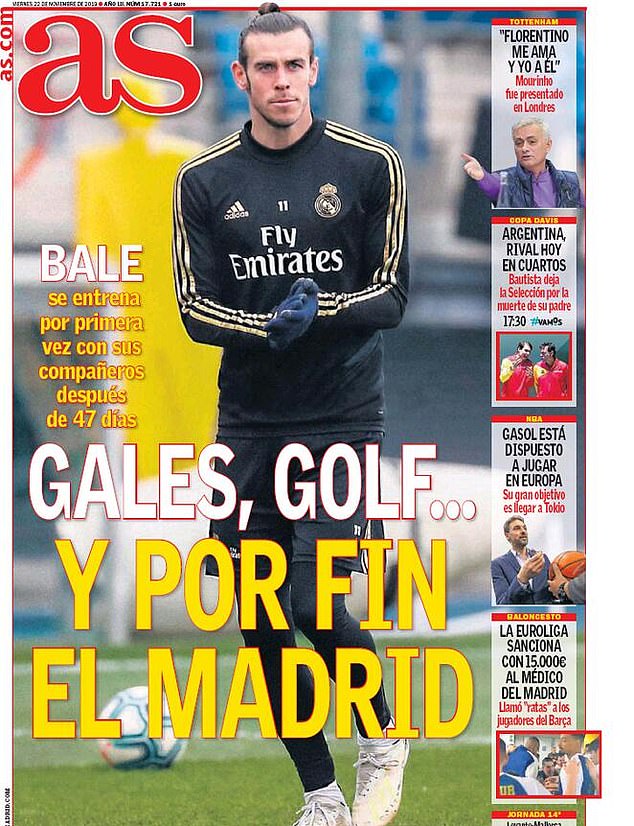 Spanish media outlets slammed Bale for the move, with Marca hitting back by claiming the winger’s actions were ‘Disrespectful. Wrong. Ungrateful. In that order.’

But Wales defender Lawrence, who was present at the incident, claims the move was not planned and that Bale was just acting on his ‘great sense of humour’.

The defender told Goal: ‘Someone of us saw the banner in the stands, took it onto the pitch and suddenly we were all behind it.

‘It wasn’t a planned thing, it happened completely spontaneously. We all found the slogan extremely funny, including Gareth. 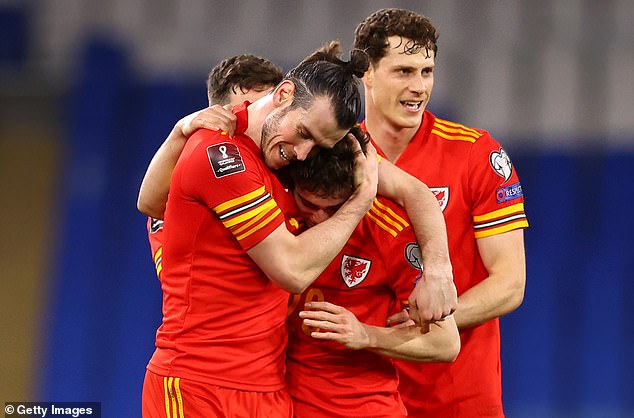 ‘Some people in Spain apparently felt differently, but it was a joke. You shouldn’t take it too seriously.

‘Gareth is an extremely laid-back guy with a great sense of humour. He loves to fool around, make jokes and laugh.’

The banner referenced Bale’s frequent time spent on the golf course whilst being shunned by Madrid, including one occasion where he was spotted swinging his clubs while the LaLiga giants were playing a fixture. 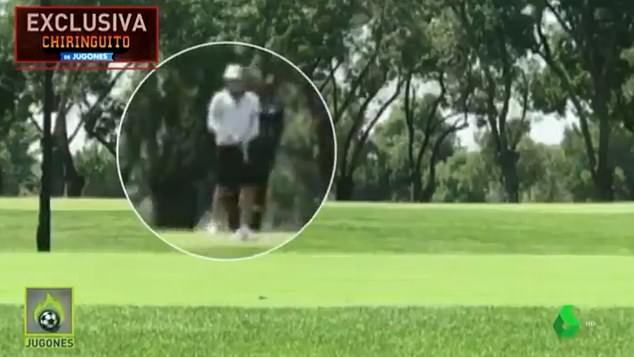 After that incident in November, Bale played just ten times in the league under Zidane for the rest of the 2019-20 season and was shipped out on loan to former club Tottenham in the following campaign.

The Wales winger now faces an uncertain future, with the 31-year-old set to head back to parent club Real with one year remaining on his contract.

His agent, Jonathan Barnett, claimed last month that Bale’s future could lie anywhere – but the choice to head back to the Spanish capital and sit on the bench would be ‘fine’. 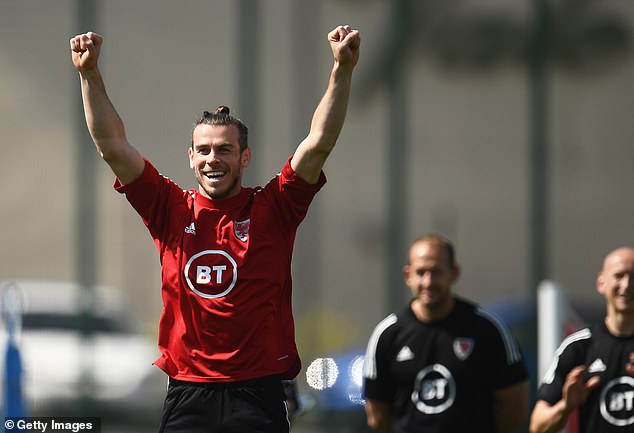 Barnett said: ‘It’s a three-party discussion; it’s us, Real Madrid and Tottenham. We have our views and we will let them know at the right time.’

Asked if there was any chance of a Bernabeu return, Barnett added: ‘I very much doubt that, but if they want to put him on the bench then that’s fine.

‘They want to put me on the bench with that salary? That’s fine for me as well.’