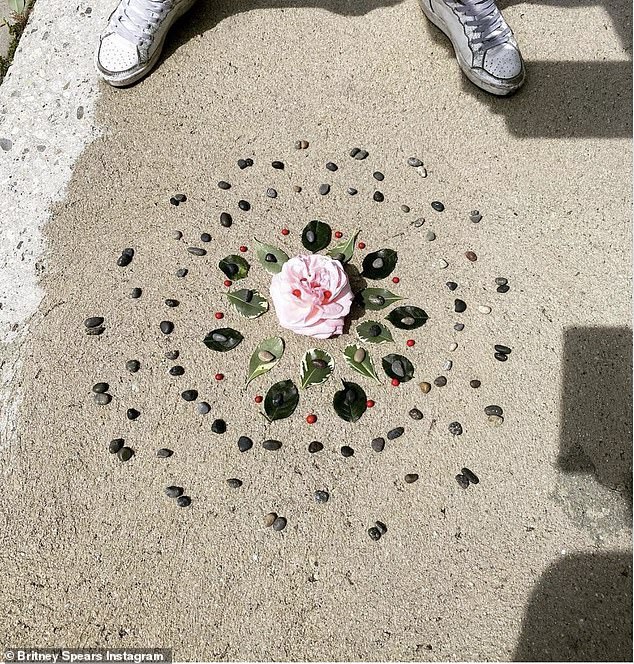 Britney Spears has made no secret of the fact that she believes in the healing powers of crystals in many of her quirky Instagram posts over the past year.

However, on Friday, the 39-year-old pop star really went deep into the subject as she posted a lengthy caption claiming rocks ‘have a lot of intellect we don’t know about’ while revealing that crystals have brought her comfort during ‘difficult times.’

Britney posted a snap featuring a collection of rocks that she said had been assembled by singer Hilary Duff‘s children, which prompted her musings on the subject.

‘OK, so @hilaryduff’s kids did this,’ the singer began. ‘I think it’s way cool… I always collected crystals… as a small child and my parents honestly thought it was weird that I’d disappear and they’d find me looking for rocks and crystals in people’s driveways!’

Quirky: Britney Spears claims rocks ‘have a lot of intellect we don’t know about’ in bizarre post revealing how her crystal collection has brought comfort during difficult times (pictured above)

The Toxic star – who is due in court this month in the conservatorship battle against her father Jamie Spears who currently has total control over the star – added that collecting rocks as a child helped her against anyone with ‘bad vibes.’

‘I used to take the small ones with me when I was younger and hide them in my pockets,’ she explained. ‘And if I was around anyone who gave me bad vibes I would hold it very tight.’

Spears – who has two children Sean 15, and Jayden, 14, with ex Kevin Federline, – then claimed that rocks and stones have ‘intellect’ saying: ‘I saw this picture of this rock display and immediately thought of my rocks… they have a lot of intellect we don’t even know about!’ 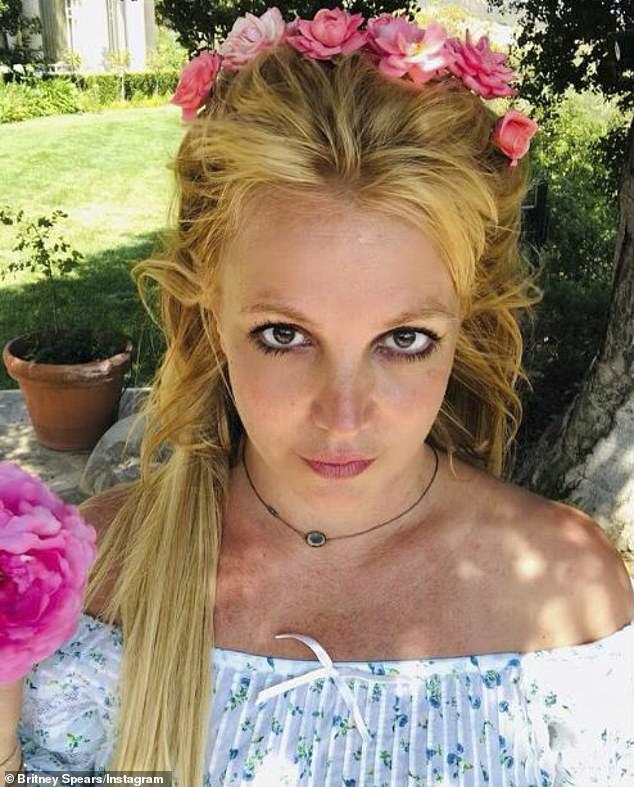 Beliefs: The 39-year-old pop star really went deep into the subject as she posted a lengthy caption claiming rocks ‘have a lot of intellect we don’t know about’ on Friday 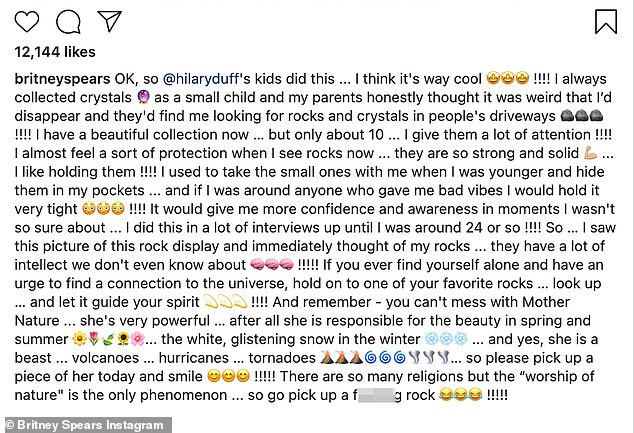 Ramble: The Toxic singer went to town on her Instagram caption where she encouraged fans to ‘pick up a f***ing rock’

‘If you ever find yourself alone and have an urge to find a connection to the universe, hold on to one of your favorite rocks… look up …and let it guide your spirit,’ the performer continued.

She then warned her followers: ‘And remember – you can’t mess with Mother Nature… she’s very powerful … after all she is responsible for the beauty in spring and summer.’

The entertainer concluded the post, writing: ‘There are so many religions but the ‘worship of nature’ is the only phenomenon… so go pick up a f****ing rock!’ 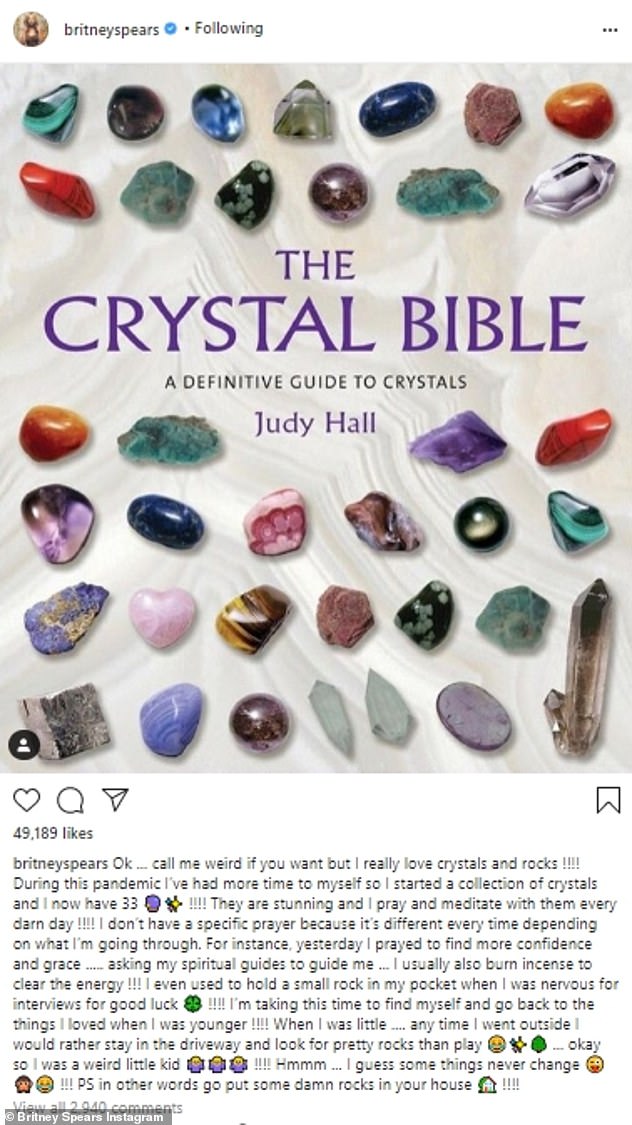 Collecting crystals: Britney revealed last August that she has used stones to pray for ‘guidance’

In August last year, Spears shared the cover of The Crystal Bible by Judy Hall, a guidebook that looks into the ‘spiritual, mental, emotional and psychological’ effects of crystals, as well as how you can use them to heal.

‘Call me weird if you want but I really love crystals and rocks !!!!’ she said in her post, adding: ‘During this pandemic I’ve had more time to myself so I started a collection of crystals and I now have 33.’

Crystal healing is often considered to be a pseudo-scientific alternative to medicine, with believers claiming they have healing powers, although naysayers counter that there is no science to support this claim.

However, crystal healing has been used throughout history by a variety of cultures, and has been around since the Middle Ages in Europe.