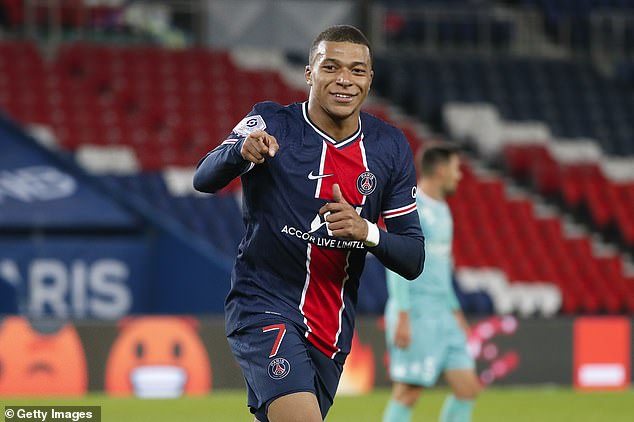 
Kylian Mbappe has divulged that he turned down a move to Real Madrid at just 15 years old because his parents wanted him to complete his education in France.

The 22-year-old superstar was convinced to stay at Monaco’s academy in 2014, despite having a meeting with then Real manager and France legend Zinedine Zidane and ex-Real player Cristiano Ronaldo.

Mbappe, one of the hottest players in world football, then progressed into Monaco’s first team before moving to Paris Saint-Germain for a whopping £130million in 2018. 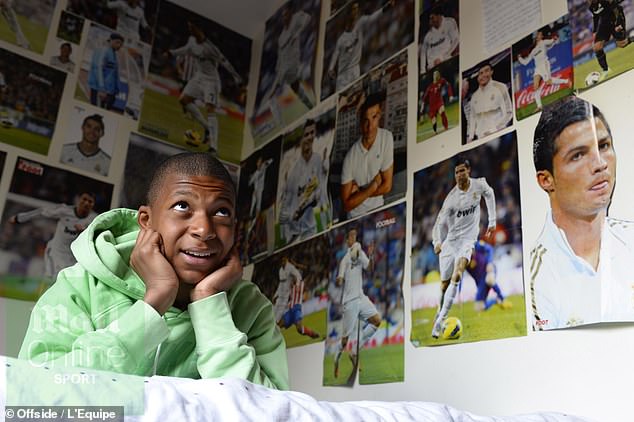 Mbappe, aged 14, in his bedroom in Paris suburb Bondy with walls adorned with Real players

Speaking of the decision to snub Real Madrid, Mbappe told L’Obs: ‘My parents wanted me to start my career in France, to be educated in France.

‘To play football, but also to continue my education. To go to Spain, even if it was with Zidane, it was another country, another culture.’

Mbappe goes into this summer’s Euro 2020 tournament in electric form, having scored 42 goals in 47 games for PSG this season.

However, he has only one year left on his contract and has not yet agreed a new deal, leading to significant speculation that he may leave PSG in the summer transfer window.

Despite meeting both Zinedine Zidane and Cristiano Ronaldo, Mbappe turned down the move

Among the several elite clubs said to be vying for his signature are, somewhat ironically, Real Madrid.

When asked about his PSG future, Mbappe remained circumspect.

‘I always want to set myself challenges, because that allows you not to relax,’ he said.

‘Being on the pitch feeds me, it’s how I recharge. Thanks to that, I have the energy to face the other aspects of football.’