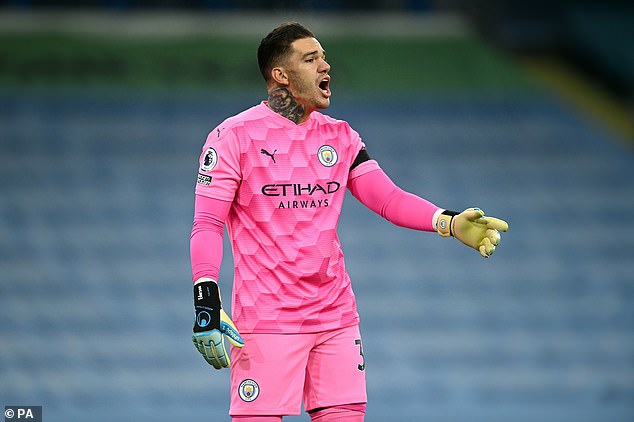 Six of Manchester City‘s title winners have been named in the PFA Premier League team of the year while Golden Boot and Playmaker winner Harry Kane was also in it.

Ederson, Joao Cancelo, John Stones, Ruben Dias, Kevin De Bruyne and Ilkay Gundogan were all recognised by their peers and voted into the divisional XI. 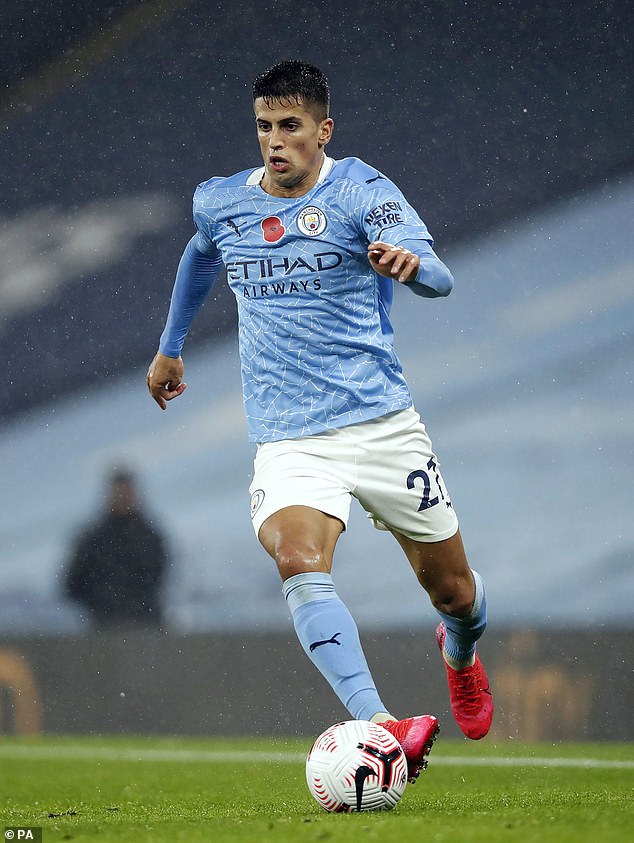 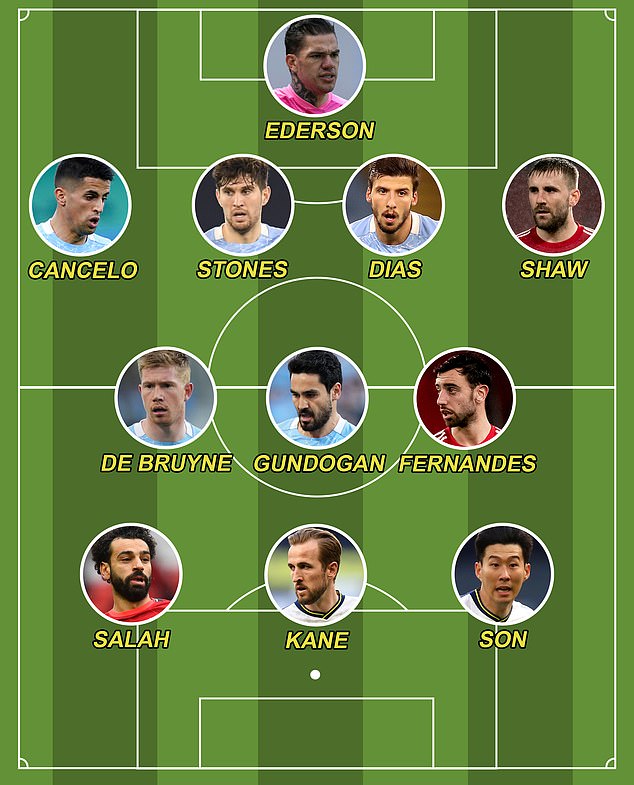 Stones had a renaissance having previously fallen out of favour with Pep Guardiola, while Dias, who was the club’s record signing last summer, is widely credited as being the key addition to City’s squad.

De Bruyne’s creativity impressed again, despite spells out injured, while Gundogan’s 13 goals and two assists made him a standout player.

If he gets his way Kane could be joining those six stars at City after a brilliant personal season in an average Tottenham side. 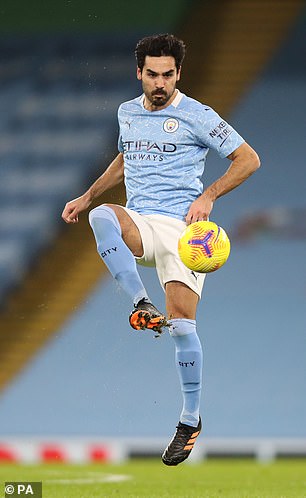 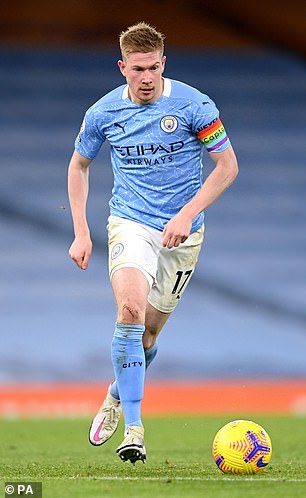 Ilkay Gundogan’s  (left) 13 goals and two assists during the season made him a standout player and Kevin De Bruyne’s creativity impressed again, despite spells out due to injury

The England captain, who has told Spurs he wants to leave this summer, won the Golden Boot for the third time, with 23 goals and also topped the assists chart with 14.

His link-up play with Son Heung-min was a driving force behind Spurs’ ascent to the top of the table in Christmas and the South Korean is also voted in.

Son’s 17 goals and 10 assists were his best-ever haul and the 14 times he combined with Kane is a Premier League record, beating Alan Shearer and Chris Sutton’s 13 in 1994-95. 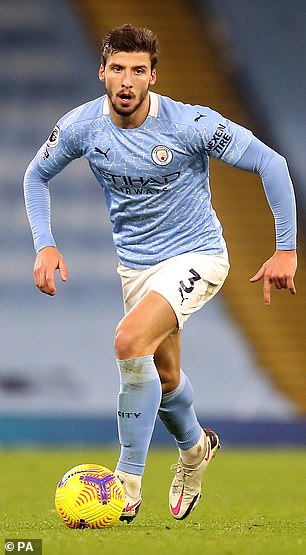 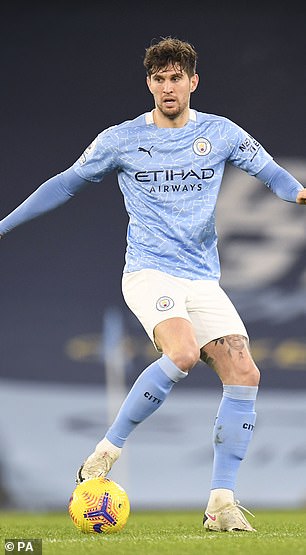 Manchester United ended up trophyless again but Luke Shaw and Bruno Fernandes were both voted into the team after impressive seasons.

Shaw was the best-performing left-back while Fernandes scored 18 goals and added 12 assists. 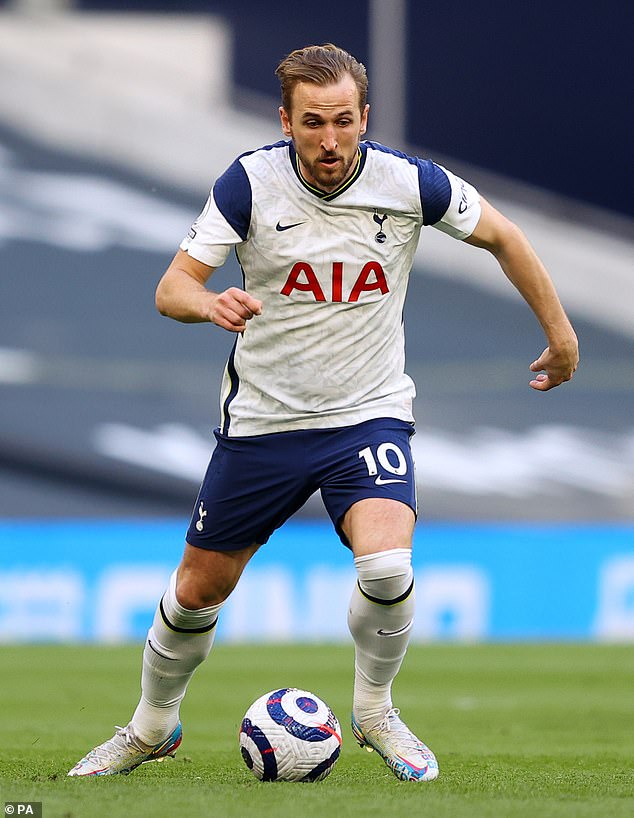 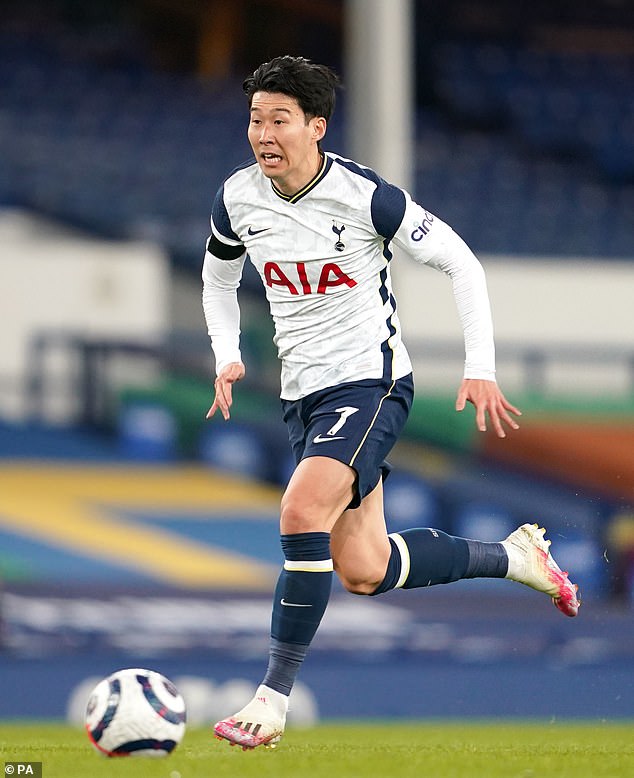 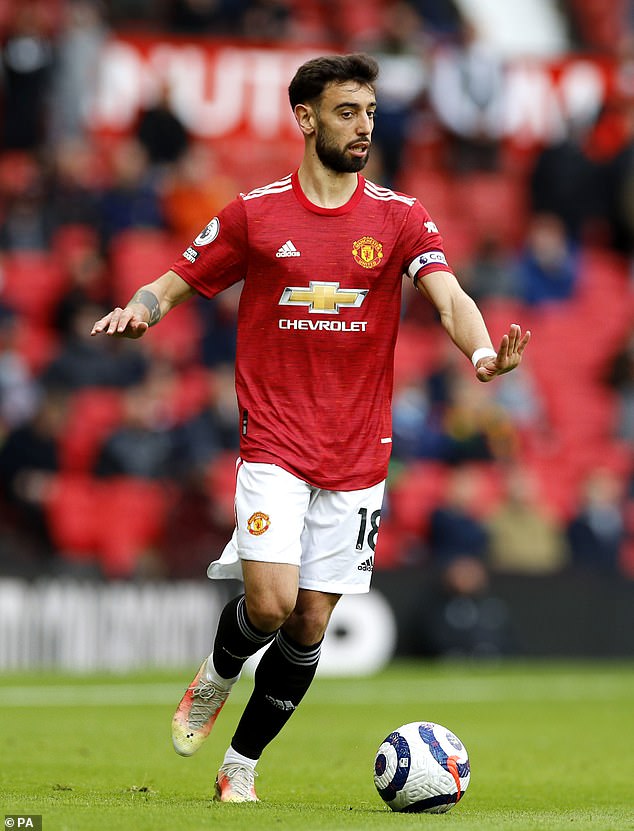 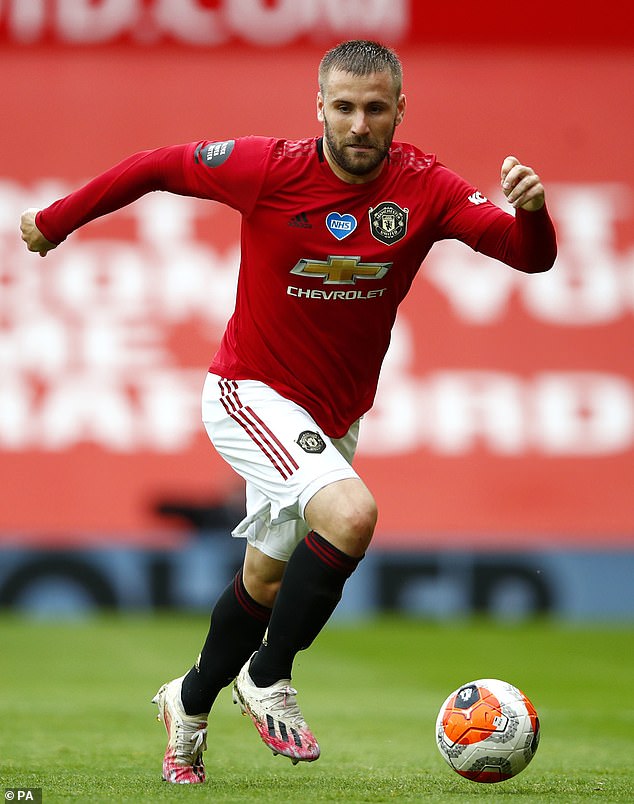 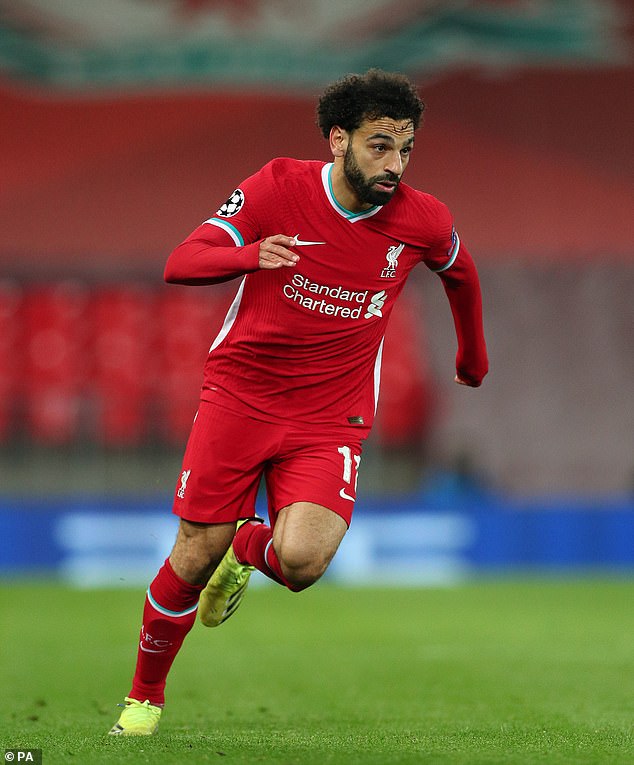