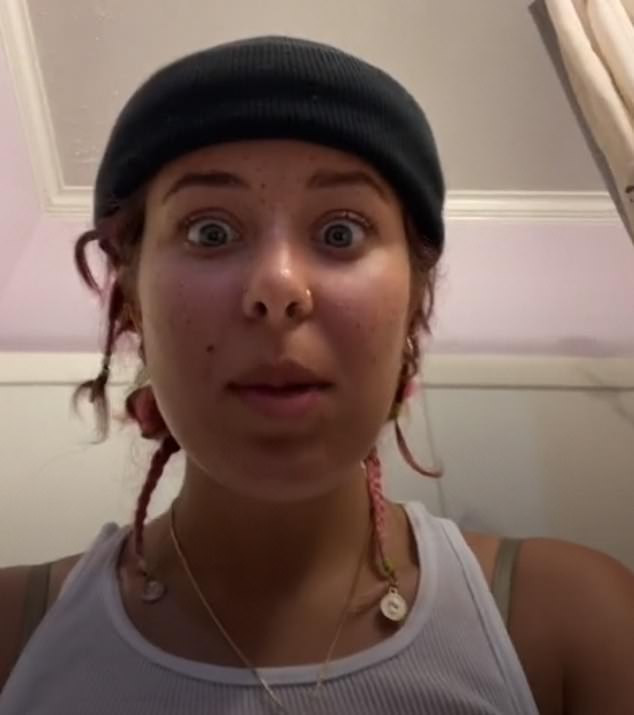 By Erica Tempesta For Dailymail.com


A single woman fears a stranger is secretly living in her home after she came home from work and found clumps of unexplained brown hair in her shower.

Mia Aurora Powell, from Utah, documented the alleged discovery in a now viral TikTok video, stressing that she is the only one who lives in her home and uses her shower.

‘Whenever s**t happens to me, my first thing that I think about is “I better make a TikTok about this.” So this is what I’m doing,’ she said, whispering in her bathroom.

Scary: Mia Aurora Powell, from Utah, revealed on TikTok that she fears a stranger is living in her home after making a shocking discovery in her bathroom 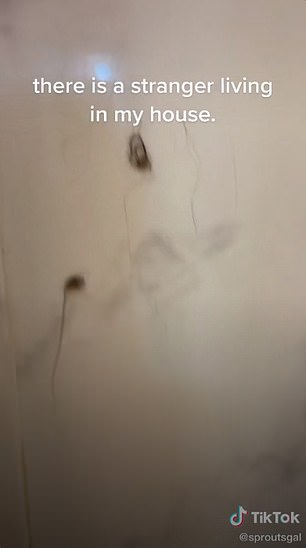 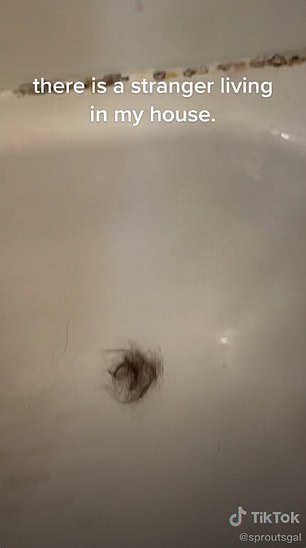 Yikes: The TikToker claimed she found clumps of brown hair in her shower, both on the wall and at the bottom of the tub

Powell explained that she lives alone and rarely has visitors, saying her friends will ‘come over occasionally,’ but she mostly goes to their houses.

‘Nobody uses my shower, OK? Nobody,’ she insisted.

Before she revealed her findings, she noted that she has been dealing with other strange disturbances in her house as well.

‘Every time I’m home I hear the weirdest noises. Weird s**t happens all the time that’s unexplainable, and I just like brush it off because I’m like whatever. But this is my final straw,’ she continued, taking a deep breath. 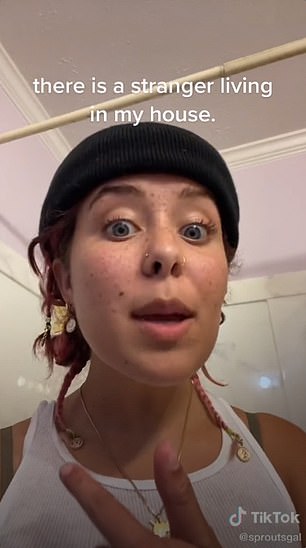 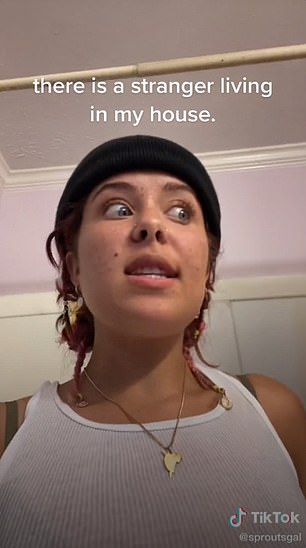 Terrifying: Powell stressed that she is the only one who lives in her home and uses her shower, insisting the hair wasn’t hers 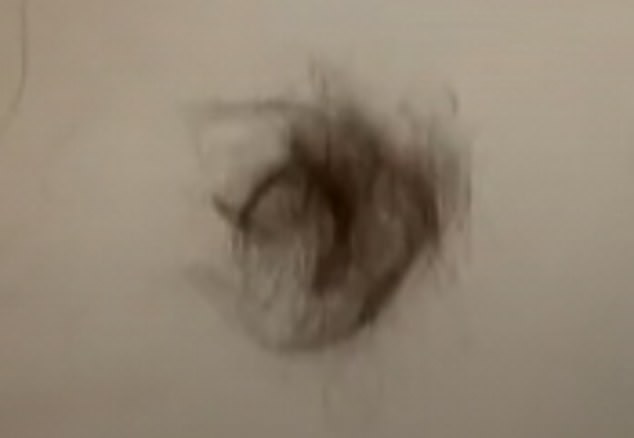 Evidence: Powell pointed out that the hair in her shower was brown while hers is dyed pink

‘I’m like freaking out right now. I came home wanting to take a shower. I just got off work. All I wanted to do is take a shower.’

Powell then opened her shower curtain to show the clumps of dark hair that were left on the wall and in the bathtub.

She pointed out that it couldn’t possibly be hers because her hair is dyed magenta.

‘Someone lives in my house that has brown hair. My hair is f**king pink!’ she said at the end of the video, which has been viewed more than 1.2 million times in one day. 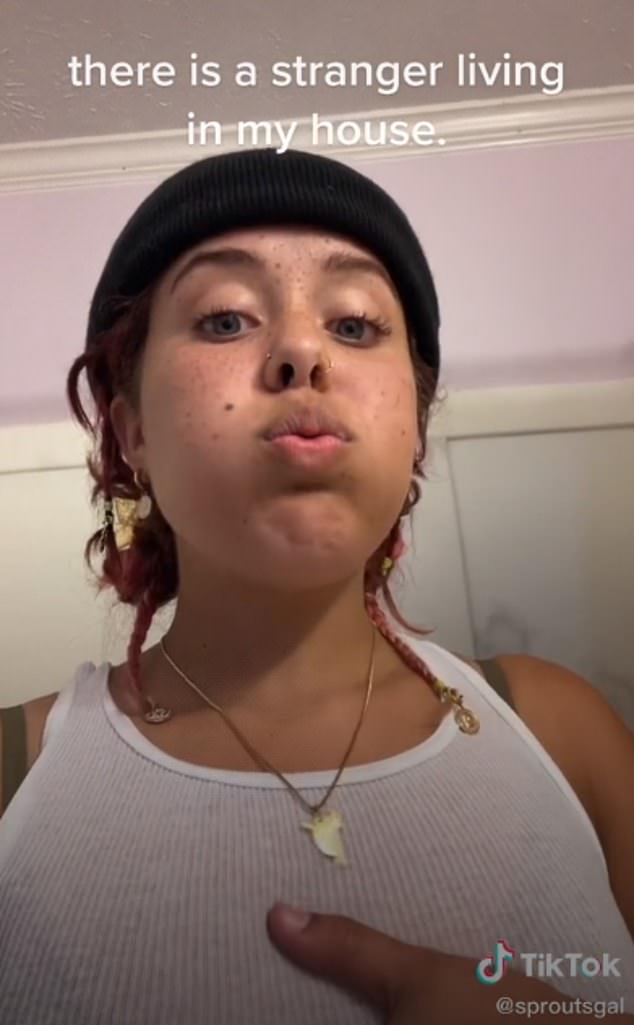 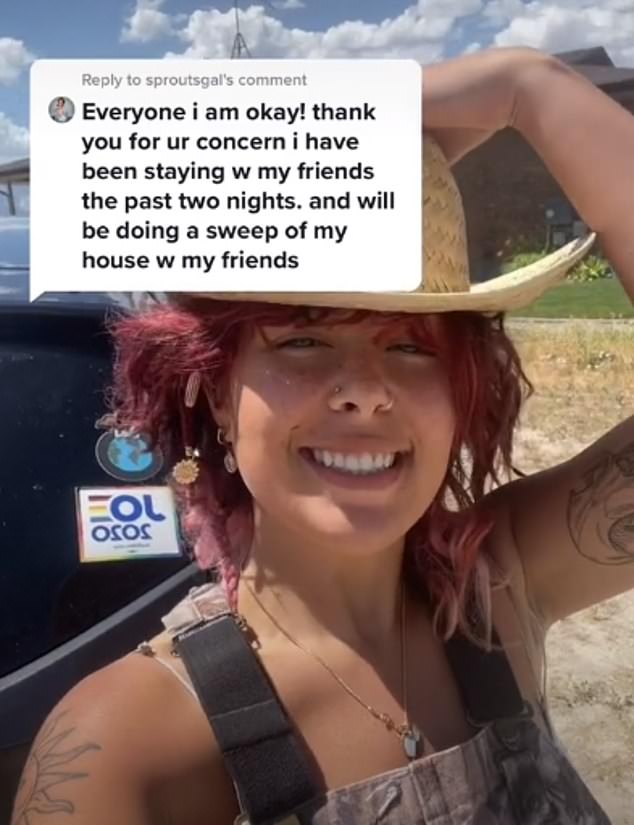 To be continued… The video has been viewed 1.2 million times, and she revealed in the comments that she is staying with friends who are going to help her search her house

Thousands of people have commented on the TikTok, with many begging Powell for an update on what was going on.

Others urged her to get a camera, change her locks and call the police.

‘Check every corner of the house, check the roof, everywhere. Don’t do it alone though, one TikToker advised. ‘Get some big tough person or multiple.’

‘That’s so much hair. Why would they leave behind that much hair,’ someone else asked, while another added: ‘Call the police?? Why do people never call the police in these situations.’

Powell responded to the concern in the comments and with a follow-up video, saying she has been staying with friends for the past few nights, and they are going to help her do a sweep of the house.