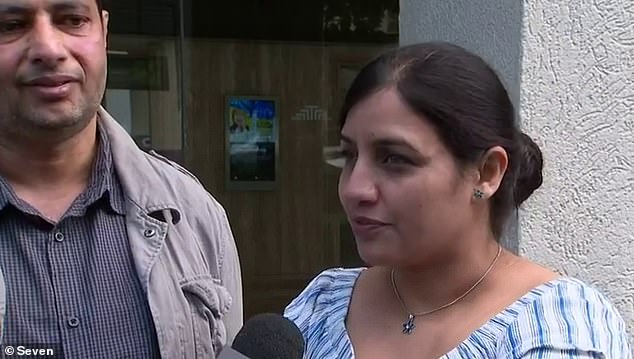 Uber pays food delivery worker $400,000 rather than risk having its legion of low-paid workers being classed as employees by a court


Uber Eats paid a sacked delivery driver a $400,000 settlement before judges could make a ruling that would force it to treat its drivers like employees.

Transport Workers Union secretary Michael Kaine revealed the size of the payout at the Senate Committee on Job Security.

Ms Gupta and her partner made 2,200 deliveries for Uber Eats over 18 months. In one week, the couple worked 96 hours and earned just $300.

She was then 10 minutes late in delivering an order when Uber Eats cut off her access to its delivery app.

The delivery driver made a claim of unfair dismissal and launched legal action before she reached a confidential settlement with Uber Eats.

‘Amita Gupta, even if she had won an unfair dismissal case, would’ve been entitled to a maximum of about $15,000 for six months’ work,’ Mr Kaine said.

Ms Gupta was initially knocked back twice by the Fair Work Commission, which deemed she was not entitled to an unfair dismissal claim because she was a contractor and not an employee.

The TWU then appealed the decision to the Federal Court in November. The case was then settled before the court could deliver its judgement of the trial.

It is understood that if Ms Gupta had won the case then it would have set a precedent for other delivery drivers.

They might have been able to claim they were employees and not contractors, and therefore become entitled to benefits such as annual leave and minimum wage.

‘Uber Eats was attempting to tell the court that these workers were not employees, and not even independent contractors,’ Mr Kaine said.

‘In fact they were some kind of agent who were just there to facilitate a connection between restaurants and people who wanted to order food.’

Mr Kaine said Uber Eats made the settlement as it wanted to avoid having to pay its drivers more money. 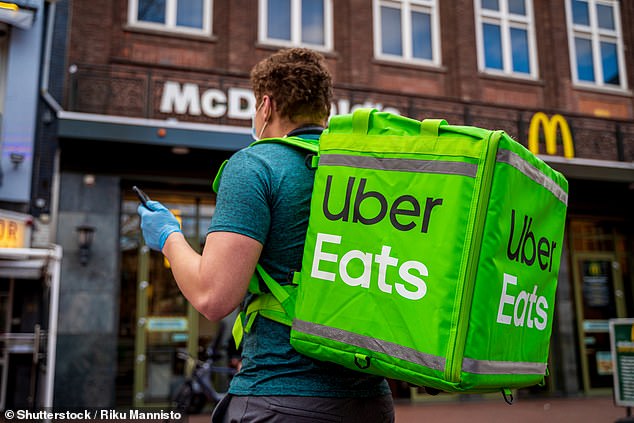 Ms Gupta and her partner had made 2,200 deliveries for Uber Eats over 18 months (stock image)

‘Uber Eats wanted to ensure that there was no risk that its exploitative system would be overturned by the full federal court,’ Mr Kaine said.

Uber Eats said: ‘We welcome the resolution of this case and look forward to continuing our efforts to improve the quality of independent work in Australia.’