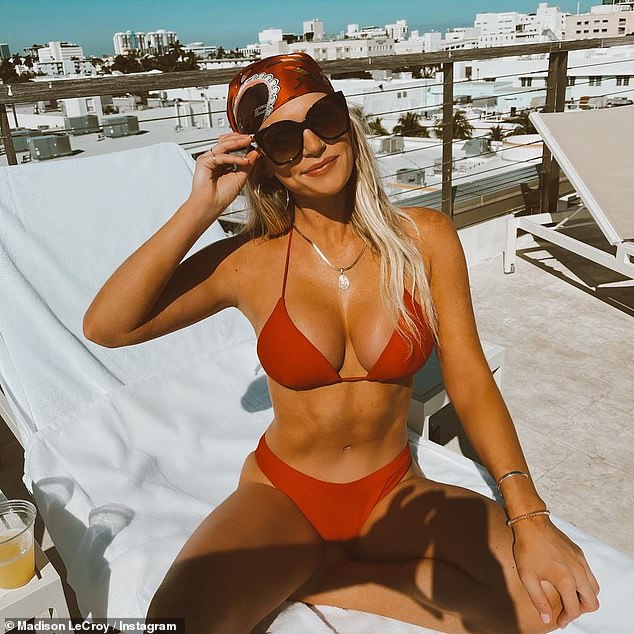 
She sparked controversy over her friendship with Jennifer Lopez‘s now ex-fiance Alex Rodriguez earlier this year.

And now Madison LeCroy has hilariously weighed in on the world’s latest ‘It’ couple, Bennifer.

While the Southern Charm star has previously admitted to speaking over the phone with Alex during his engagement to JLo, the reality star has also denied anything physical had happened between them, and has previously characterized their interactions as ‘innocent.’

Reiterating her stance that she played no role in their split, she added: ‘I mean, I will be honest with you. I had nothing to do with why they split, and I think everybody knows that. And if you don’t know that, then that’s just ridiculous, like, let’s be honest.’

However, Madison said she would be ‘happy’ to share more of what occurred should she return for season eight of Southern Charm.

‘If I’m asked the questions, yes, I will tell the truth. I will say this – the reason why I’m not bothered is because I’m innocent in that sense.’ 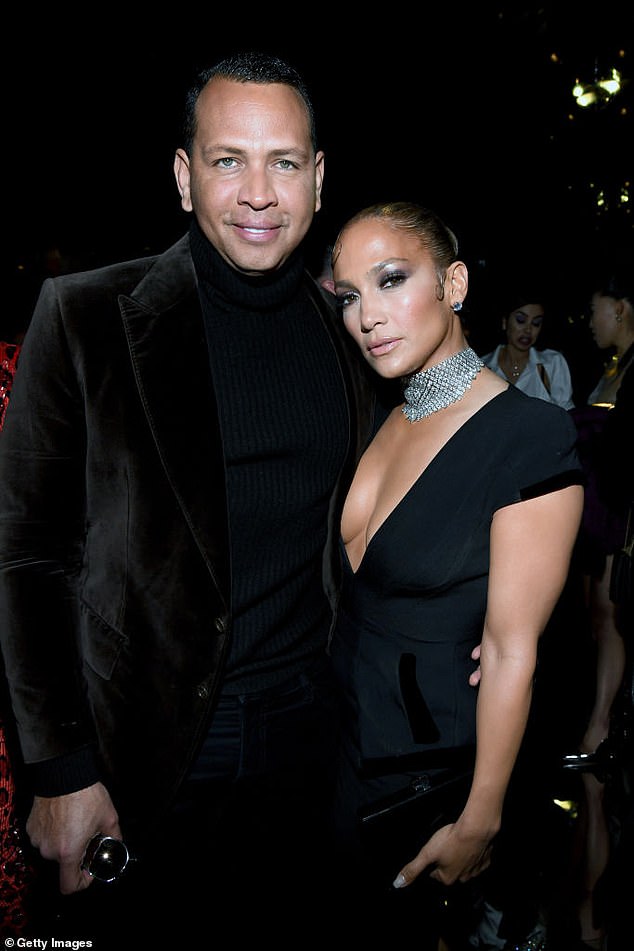 Scandal: Madison admitted to FaceTiming Alex during his relationship with JLo, however denied anything physical occurred between them (pictured February 2020)

Madison was confronted by allegations she was sleeping with a married ex-MLB player during the Southern Charm reunion earlier this year.

She denied having a physical relationship with this person, who was unidentified on the program, though later admitted it was Alex Rodriguez.

In an interview with Page Six, she said their interactions were ‘innocent’ and insisted they had ‘never met up’ but only ‘spoken on the phone.’ 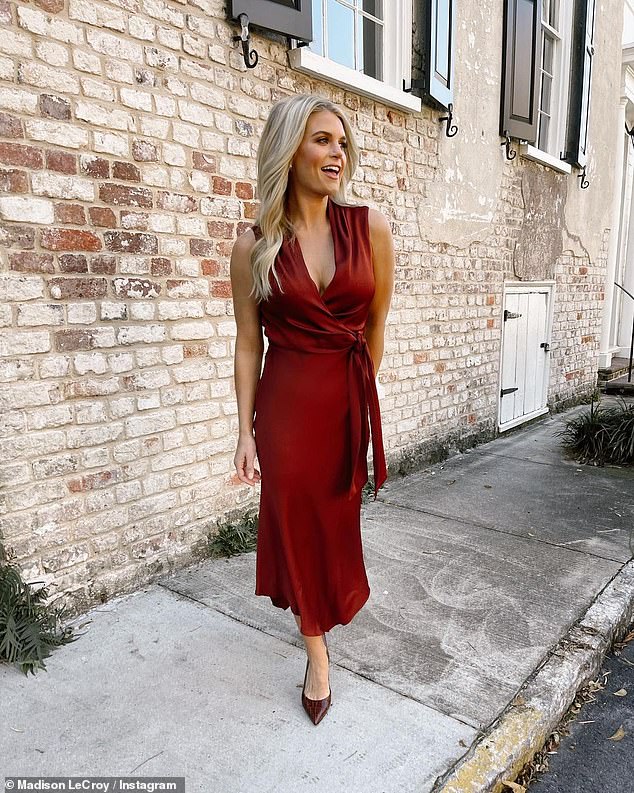 Accusations: Madison was confronted by allegations she was sleeping with a married ex-MLB player during the Southern Charm reunion earlier this year, which she has denied 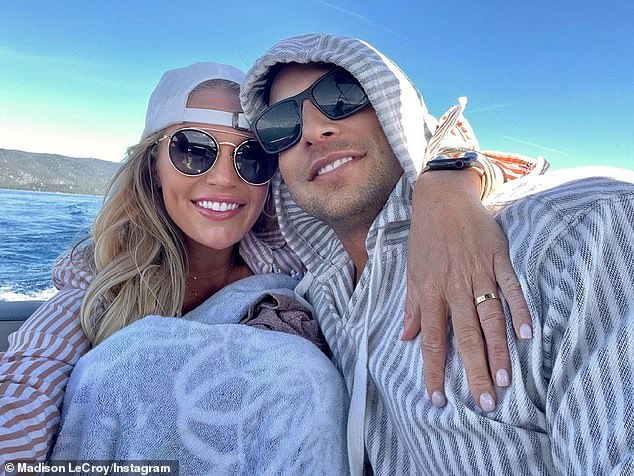 ‘That’s the truth,’ she said, clarifying they had ‘never been physical… never had any kind of anything. Just an acquaintance.’

Adding Rodriguez had ‘never physically cheated’ on Jennifer with her, she said their phone calls were inconsistent and they would only speak to each other ‘randomly.’

A source with knowledge of the situation previously told DailyMail.com: ‘Alex has never met or spoken to Madison or anyone from the show.’ 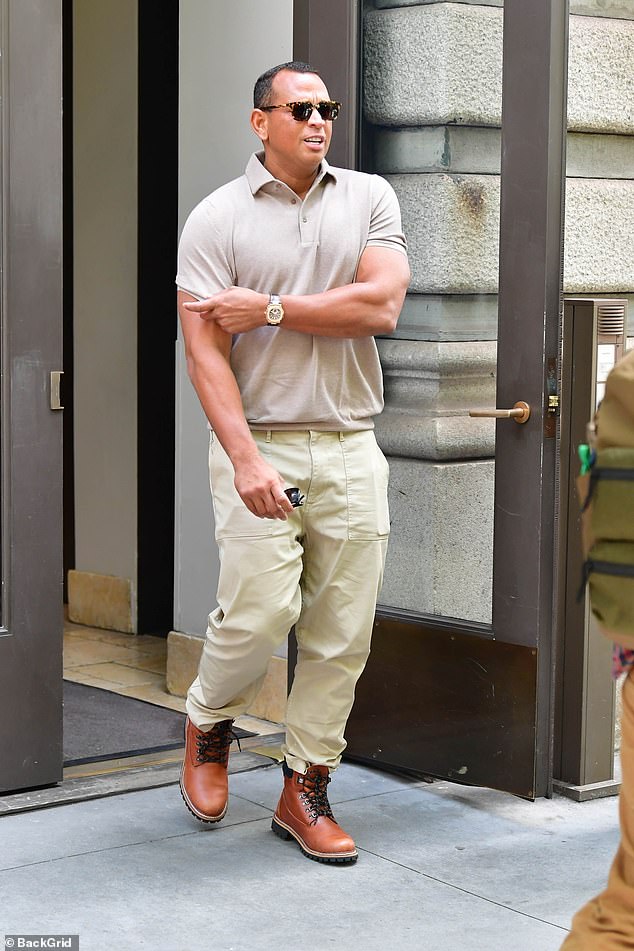 Man of style: Alex was spotted in New York on Tuesday wearing a beige shirt and slacks

However, in March, Page Six claimed the duo reportedly split over his friendship with Madison.

A source told the publication: ‘The Madison LeCroy scandal was the reason they finally broke up. There were already problems, but Jennifer was really embarrassed by it.’

She did not name the new love interest but she did indicate how she feels about the relationship as she captioned the snap to her 510K followers: ‘Madhappy.’ 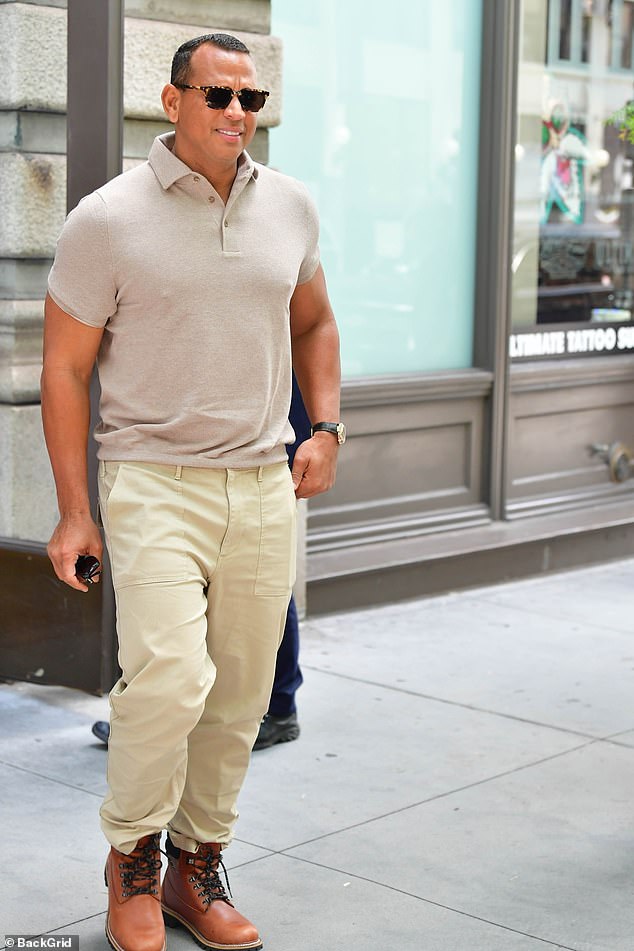 Stepping out: The former baseball pro strode ahead in leather boots