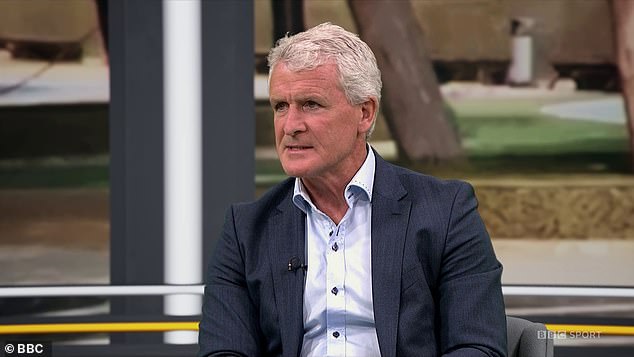 ‘We’re not little Wales, we’re a nation to be feared’: Proud Mark Hughes talks up his country’s chances after sublime 2-0 win over Turkey in Baku and heaps praise on ‘world class’ Gareth Bale

Former Wales manager Mark Hughes could not hide his pride after a stunning 2-0 win over Turkey placed his nation on the brink of the knockout rounds of Euro 2020.

Hughes was watching on from the BBC studio as Wales worked tirelessly in Baku in immense heat, and managed to keep a Turkey side at bay courtesy of goals from Aaron Ramsey and Connor Roberts.

The victory means Wales now have four points from their opening two games in Group A, and Hughes says his nation are one that should now be ‘feared.’

‘We’re not little Wales, we’re backing up everything with ability, we’re a nation to be feared in my view,’ said the 57-year-old at the final whistle.

‘I think when you’ve experienced one [a tournament] like 2016, it filters through. A lot of people in Wales need to clear their diaries for the next three weeks.

‘They did OK against Switzerland but today they were magnificent. I think we were more than comfortable in the game, everything Turkey tried was cleared, tracked, saw people out and they got despondent and ran out of ideas. 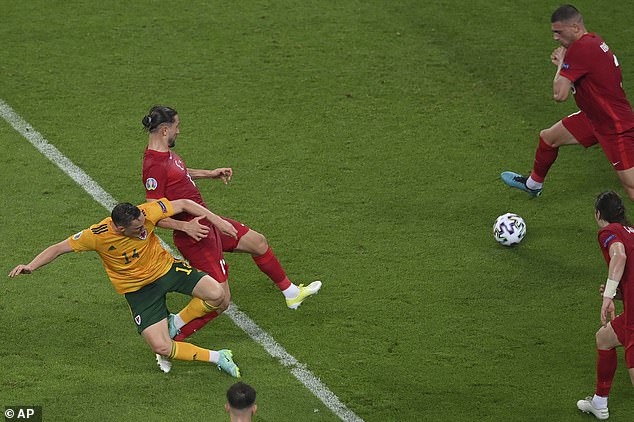 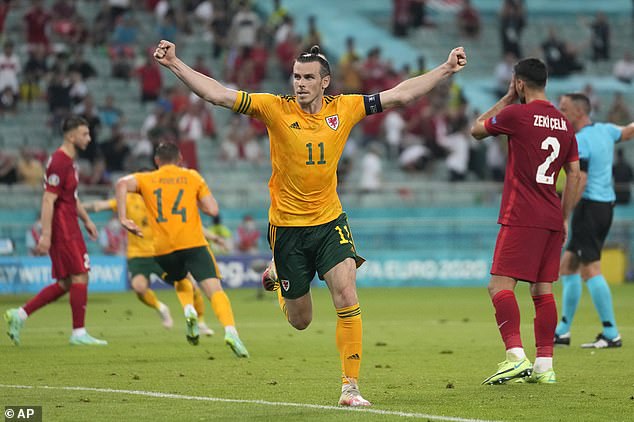 ‘Wales look comfortable with each other as a group, you always expect it as a squad, it is always about the crest rather than the name on the back of the shirt.’

Hughes went on to single Gareth Bale out for praise, after he notched two remarkable assists for the goals and looked a cut above the rest all afternoon.

Bale could have stretched Wales’ margin further, after winning a penalty but sent the ball soaring over the bar from 12 yards.

Nonetheless, Hughes saw a performance to be truly proud of.

He added: ‘There is a reason why Bale is a top player, lesser players would worry too much, this guy is world class.

‘[Joe] Allen gives everything he’s got in every game, let’s be pleased he’s back in this squad, if it was last year he would have missed out.’