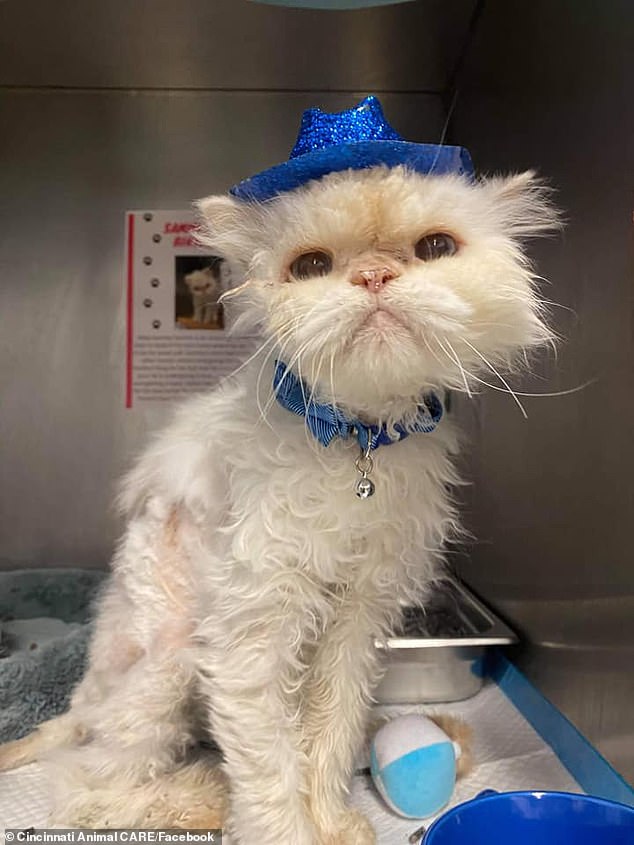 By Erica Tempesta For Dailymail.com


An animal shelter in Ohio threw a birthday party for a 19-year-old cat who was surrendered into their care — and he got adopted the next day.

Cincinnati Animal CARE spoiled the birthday boy Sammy with a glittery cowboy hat that matched his collar and a cake on June 15, sharing photos of the bash on Facebook.

‘Recently, the staff at Kitty City learned that today is senior Sammy’s 19th birthday! Naturally, we threw him a birthday party!’ the shelter captioned the heartwarming snapshots.

Birthday boy: The shelter shared photos from the party on Facebook, encouraging people to consider adopting the elderly cat

One birthday snap show Sammy curled up in a staffer’s arms while decked out in his birthday hat and a blue gingham color. In another, the white cat is enjoying his many birthday treats.

‘Happy birthday to this beautiful fella who would love a nice, quiet home to live out his golden years!’ the shelter wrote. ‘The only rule for adopting Sammy though? You have to throw him a 20th birthday party on 6/15/22!’

Cincinnati Animal CARE added in the comments that there was also singing on Sammy’s birthday, which many appreciated.

More than 250 people commented on the post, with many wishing Sammy a happy birthday and praising the shelter for the work they do. 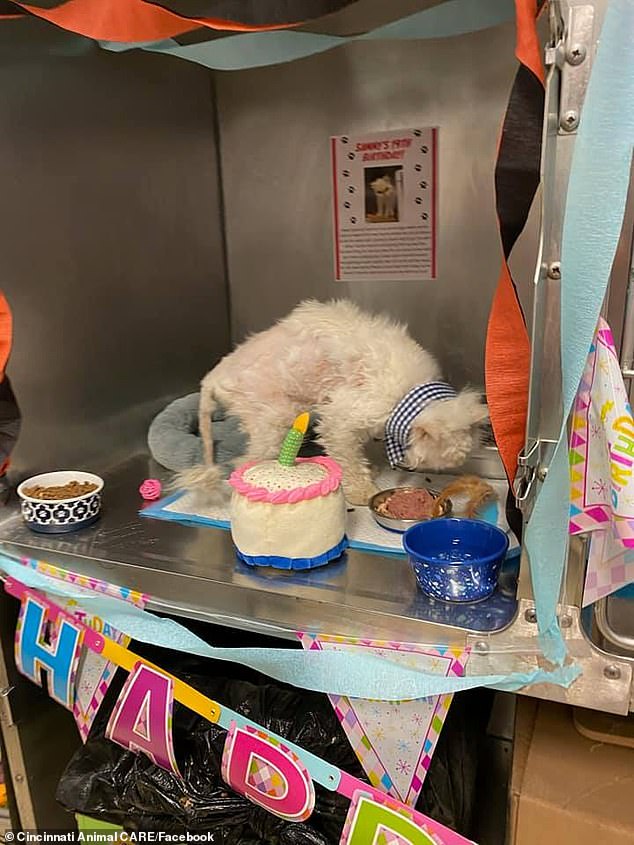 What a celebration: Sammy’s cage was decorated, and he was even given a cake, among other birthday treats

‘Happy belated Purrthday Sammy! I wish you many more sweet boy!’  one person wrote, while another added: ‘THAT IS SO AMAZING!!! I hope he finds a forever home with a great window to live his golden years.’

After the party was over, Sammy ended up getting the best gift of all: a new home.

The shelter shared on Facebook that the beloved cat was adopted, and his story ended up inspiring the adoption of other senior cats like himself. 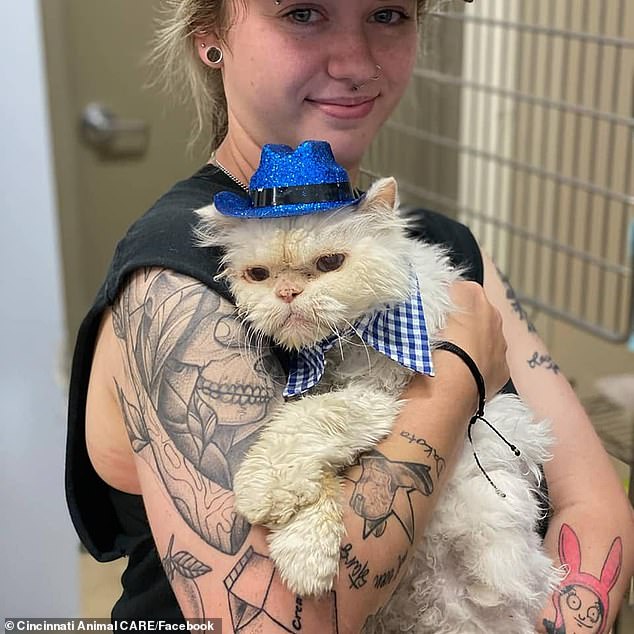 Looking good: The carefree cat even donned  a glittery cowboy had during the celebration 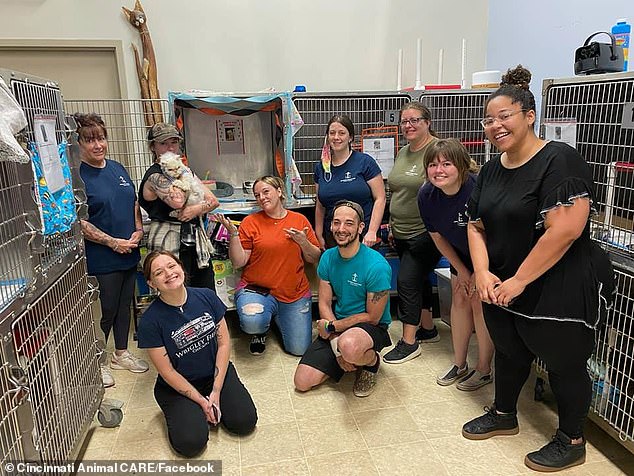 Happy ending: Cincinnati Animal CARE announced after the bash that Sammy had been adopted, but his story inspired others to take home senior cats

Cincinnati Animal CARE spokesperson Ray Anderson told the HuffPost in an email on Tuesday that Sammy was ‘in a loving home for many, many years,’ but he ended up in the shelter after his owner went into assisted living.

Sammy’s former owner was the one who told them his birthday.

Anderson said Sammy has a heart murmur and a small mass under his ear, but he is in ‘pretty good shape’ considering his age.

‘Sammy is just amazingly sweet,’ he added. ‘[He] likes to cuddle, likes to be held, likes to rest his head on you and was definitely soaking up all the attention [on his birthday].

‘He’s a very agreeable cat, as I’m sure you can tell with his spectacular hat he got to wear… He’s very observant and likes to just sit and watch what’s going on.’