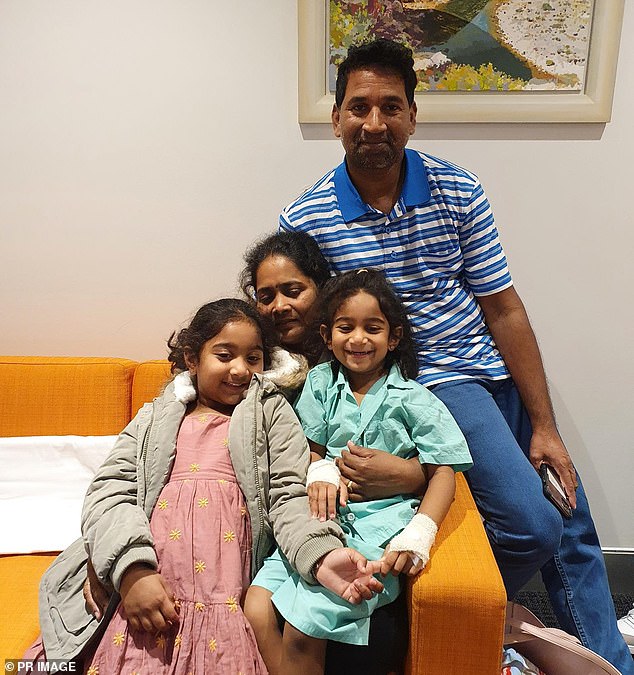 Four-year-old Tharnicaa Murugappan, whose Tamil asylum-seeker family is anxious to be allowed to return to their adopted hometown of Biloela in Queensland, has been released from hospital.

The young girl has been discharged from Perth Children’s Hospital almost two weeks after being medically evacuated from Christmas Island with a blood infection caused by untreated pneumonia.

However health officials say she will require eight weeks of ongoing specialist care.

In the meantime, the Murugappan family will be held in a community detention residence in Perth.

The Murugappan family (pictured) have been reunited after Tharnicaa, four, was released from Perth Children’s Hospital on Sunday 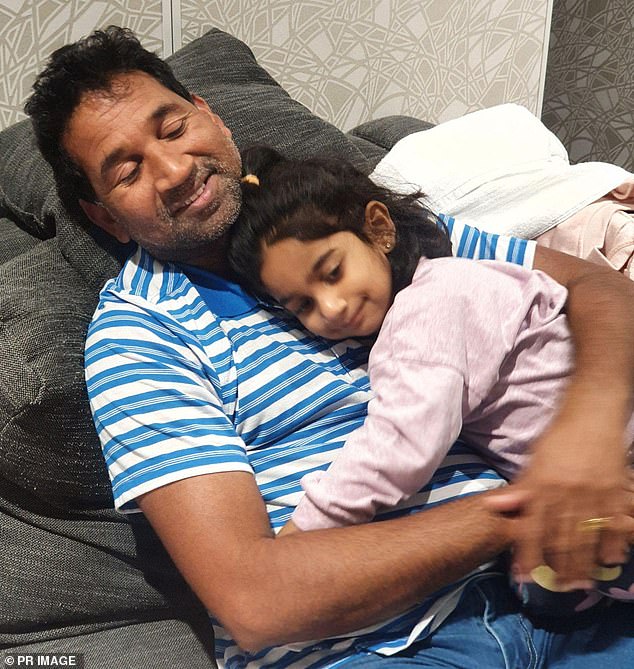 Father Nades, mother Priya and Australian-born Tharnicaa and her sister, Kopika, have been locked up for more than three years while their fight against deportation has gone through the courts.

During this time, a national campaign for their release has grown ever louder.

Advocates for the family say Immigration Minister Alex Hawke’s decision to transfer them to Perth from Christmas Island, where they had been for about two years, makes no improvement to their situation, as they remain in community detention.

Protests were staged across Australia on Saturday calling for them to be allowed to return to Biloela.

It is understood the family is not able to stay elsewhere other than the Perth residence. Nor can visitors spend the night, and neither parent is permitted to work.

A statement released on behalf of the family on Sunday said they were relieved to be out of immigration detention. 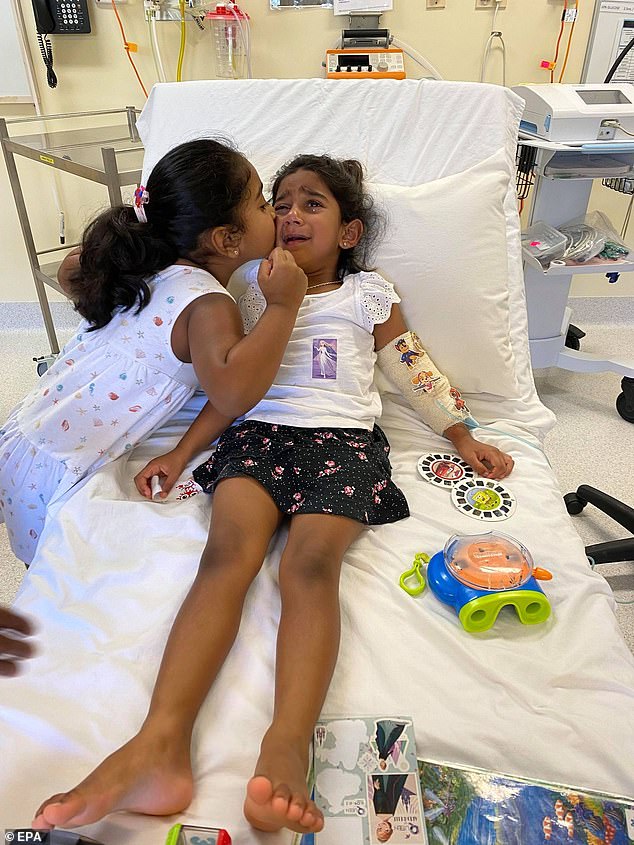 Tharnicaa was evacuated from Christmas Island, where her family have spent three years in detention, after she fell seriously ill with a blood infection (pictured)

However mum Priya is ‘anxious to now be forced into a new form of detention and very stressed to not know what is going to happen to her family’ after Tharnicaa’s treatment is finished.

‘Thank you to the doctors who take care of Tharnicaa in hospital,’ she was quoted as saying.

‘We hope soon she is much better.

‘Please, we want (to) go back to Bilo. We (are) safe in Bilo. My husband (can) work. My daughters have friends. Bilo is home.’

An open letter by 26 Australian Anglican bishops on Friday has implored the government to grant the family visas, giving them the chance to rebuild their lives.