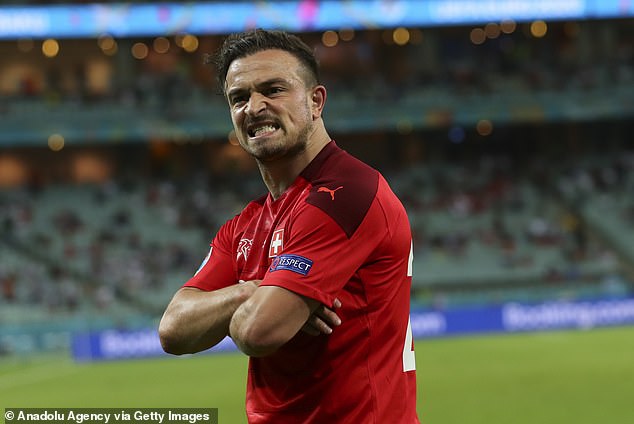 Switzerland 3-1 Turkey: Xherdan Shaqiri double is not enough to see Swiss leapfrog Wales into second place, but they should still qualify for last-16

Xherdan Shaqiri scored twice to lead Switzerland to a 3-1 win against Turkey on Sunday in their Euro 2020 Group A match that kept their hopes of reaching the knockouts alive.

Turkey exit the competition after a third straight defeat while the Swiss hope to progress to the last 16 as one of the best third-placed teams after finishing level with second-placed Wales on four points but behind on goal difference.

Italy beat Wales 1-0 in the other group match after the Welsh were reduced to 10 men in the second half. 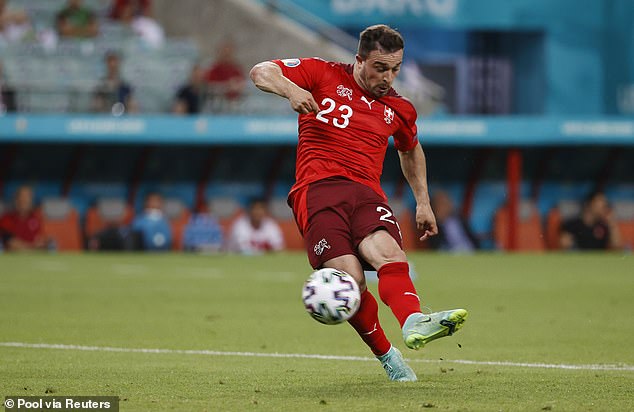 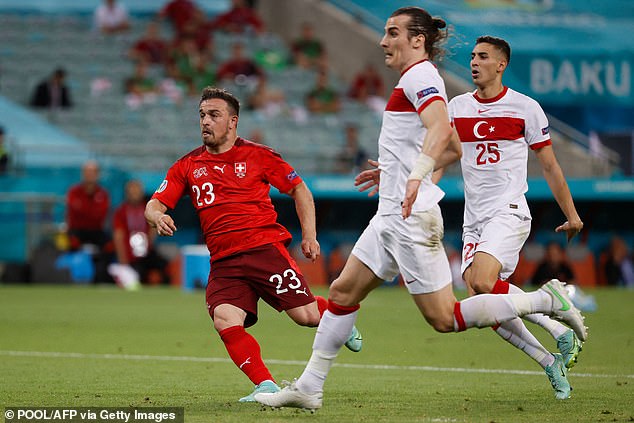 Haris Seferovic opened the scoring for Switzerland in the sixth minute when he took a pass from Steven Zuber before pivoting and driving a left-footed shot into the net from just outside the penalty area.

Switzerland doubled their lead in the 26th minute after Zuber picked up a blocked shot and slipped it to Shaqiri who took a touch and then unleashed a vicious long-range shot that gave the sprawling keeper no chance.

He doubled his tally in the 68th minute when he swept home a cross on the counter, minutes after Irfan Can Kahveci had pulled a goal back for Turkey. 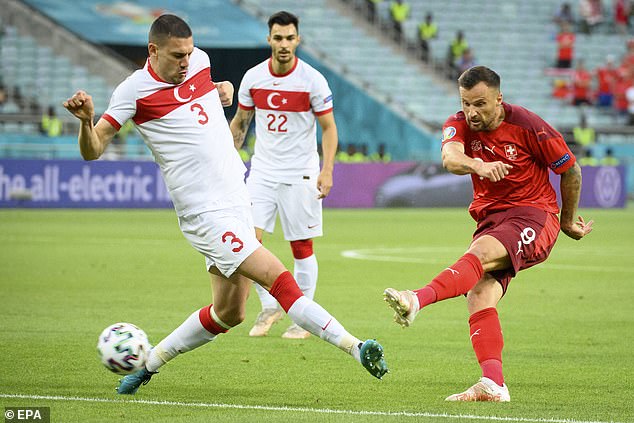 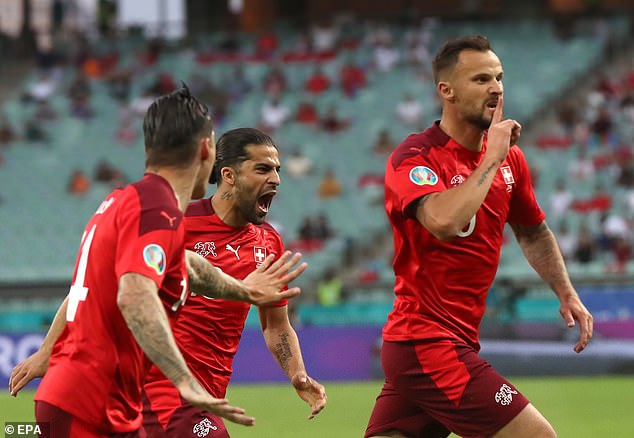 Scroll down to see how it all unfolded with Sportsmail’s live runner.