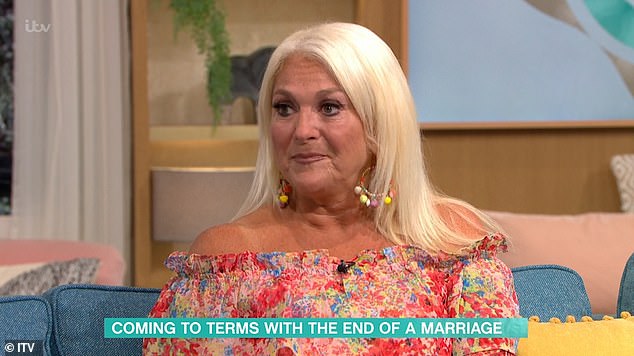 Vanessa Feltz has offered her advice to women who have been cheated on by their partners – after they phoned This Morning to share their fears that their husbands have been unfaithful.

Speaking on This Morning on Monday, the TV personality told of her own personal heartache at find out her husband had cheated, and listened to stories from callers.

One caller, named Julie, phoned the show for help because she has a gut feeling after her husband  of 12 years, who has cheated in the past, started doing things like changing his passwords.

Meanwhile, another woman explained her husband, who was in the Army, left an overseas posting to self-isolate with his mistress and never came home.

The conversation was sparked after footage was leaked which appears to show former Health Secretary Matt Hancock kissing his aide Gina Coladangelo at the Department of Health’s London HQ in May.

Vanessa asked Julie, who shares a three-month-old baby and a five year old with her partner, what she thought she should do about the situation.

The woman, who began to get emotional, added that her close friends keep telling her to leave him.

Vanessa said: ‘You don’t have to do anything anybody else tells you to do. You know how you feel about him. It’s quite clear you’re clearly very in love with him.

‘You have a young baby and a young child. You’re not ready to walk out on this, definitely not. 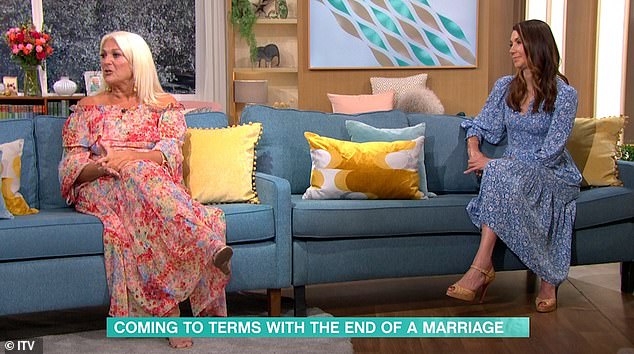 Speaking on This Morning on Monday, the TV personality told of her own personal heartache at find out her husband had cheated, and listened to stories from callers

‘You’re completely emotionally invested in this man, in your life together, in your children and in your family.’

She added: ‘So ideally what you would do is go to some kind of couples counselling or therapy so you can at least see if his ambitions are yours.

‘Does he really believe in the marriage? Does he believe in a future with you? Does he want to live in the same house as you and the children? 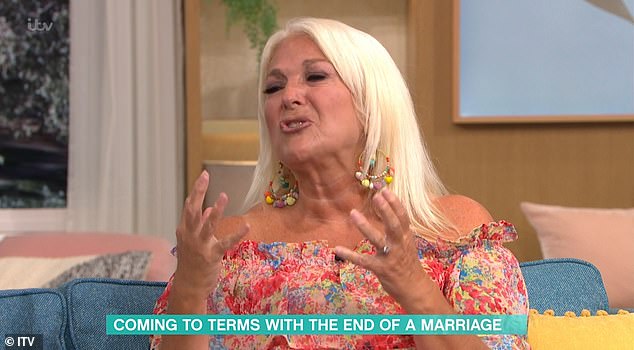 One caller, named Julie, phoned the show for help because she thought her husband was cheating on her again, and Vanessa said it was clear the woman didn’t want to leave him

‘If the answer is no, it’s hideous for you but at least you’ll know it. If the answer is yes then there are great foundations there, all the love you feel you can build on.’

Vanessa added that it was clear the caller wanted to make her marriage work, and said she should ask her husband how they can do this.

Philip Schofield and Holly Willoughby were also listening in to the caller’s chat, and Philip asked what should be done about the changing passwords.

Vanessa said that to do this was ‘very suspicious’ and added the behaviour was ‘hideous’, but it was clear the caller didn’t want to leave her husband. 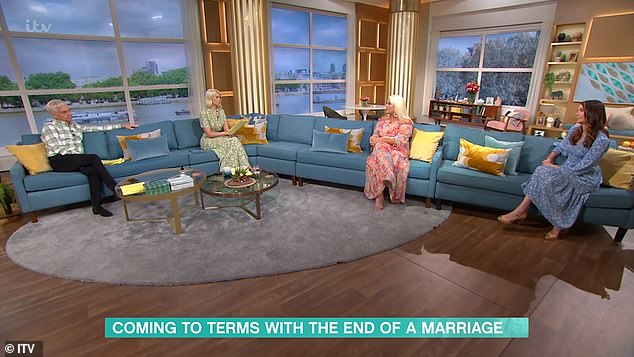 Philip Schofield and Holly Willoughby were also listening in to the caller’s chat, and Philip asked Vanessa what should be done about the changing passwords

Holly then added that the woman should try to work out why he was having these affairs, and if there was something going on with him.

However, Vanessa added it could just be because opportunity presented itself, and many times, a man’s motives ‘weren’t that deep’.

Philip then asked what Julie should do if her husband turns down couple’s counselling to try and sort the marriage.

‘In that case, despite all you feel, I think you need to consider life without him. You need to establish first of all, is he sorry? Why is he doing it and will he stop?’

One woman, called Sue, called for advice in trying to get over her husband, who chose to self isolate with his mistress after leaving the army.

He didn’t come back to her and their one-year-old son after returning from service abroad, and Sue needed advice on how to move on as the pair were now in a relationship together.

Joining Vanessa on the couch was Rosie Green, who told the woman that she should ‘allow herself time to grieve’. 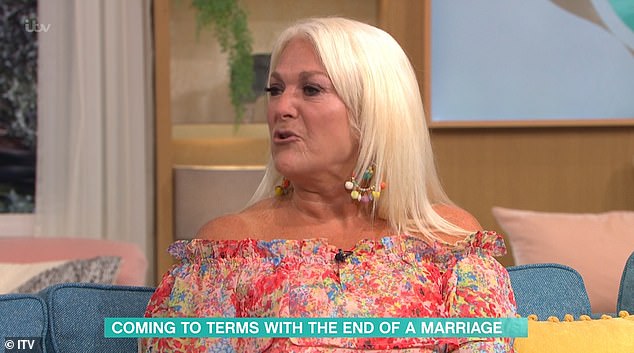 She also added it was best to detach and not rely on him emotionally, and to think about who and want she wants from now on.

Vanessa then spoke about when she first found out her first husband was having an affair.

She said: ‘I was in the situation, exactly the same as Martha Hancock whereby, well I think she thought she was happily married.

‘I believe she didn’t think there were any problems in her marriage and then she found out in a newspaper, and that’s exactly what happened to me.

‘I thought I was one of the lucky ones. I thought I had a lovely marriage actually and I was incredibly grateful for it. 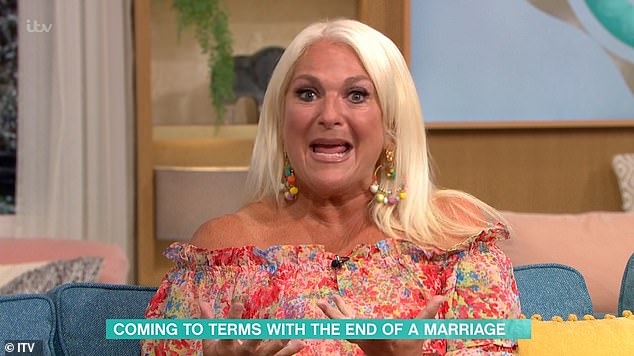 ‘And then I got this phone call on my answerphone, and it was the columnist at the Daily Mirror, saying “Vanessa, please sit down”.’

‘”Unfortunately in tomorrow’s newspaper, there is going to be a picture of your husband with the woman, he’s having an affair with”.’

Vanessa added: ‘That’s the first I heard about it’, as Holly asked: ‘In that moment, what goes through your head?’

‘My whole world just collapsed,’ Vanessa recalled. ‘It just shattered into a million pieces. It was absolutely astounding.’

She said her husband initially denied the allegations, but after he came clean, her life ‘was never the same again’.

Vanessa added: ‘You realise your past was probably built on a tissue of lies.

‘I felt that my heart was physically broken. I felt like I could feel the blood trying to make its way to the other chamber of the heart.

‘I could barely breathe. I couldn’t read a book for about four years. I couldn’t sit down and relax enough to read.’

ITV viewers were quick to respond to the segment, with many sharing their own experiences of infidelity.

One viewer tweeted: ‘I am going through what Vanessa and Rosie are describing right now after a very long marriage. Affairs are devastating.’

Another penned: ‘If you are that unhappy, you leave the relationship. Watching this segment really brings back such painful and difficult memories.’

A third said: ‘I don’t condone cheating at all, if you are unhappy in a relationship then have the decency to tell your partner. If you can’t work it out then end it, it may hurt but much more respectful than having an affair.’