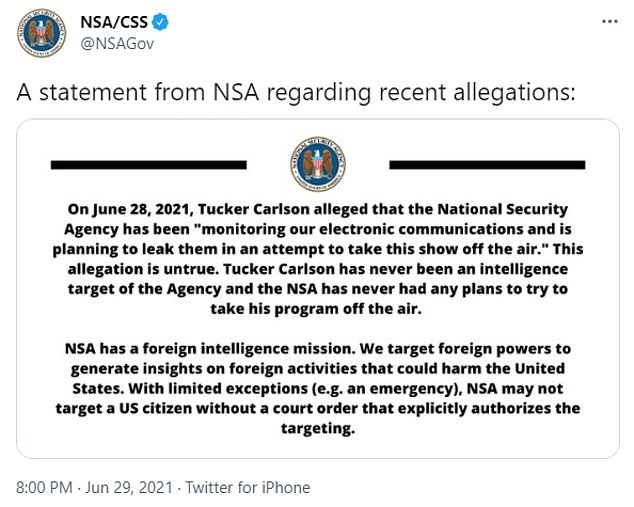 The National Security Agency has denied Tucker Carlson’s claim it is spying on his show in a bid to get him taken off the air.

The Fox News host said on Monday night that a whistleblower had approached the show the day before and informed them of the espionage.

‘It is not just political protest the government is spying on,’ Carlson told his viewers.

‘Yesterday we heard from a whistle-blower within the US government who reached out to warn us that the NSA, the national security agency, is monitoring our electronic communication and is planning to leak them in an attempt to take this show off the air.’

In a statement posted to Twitter on Tuesday, the NSA said: ‘This allegation is untrue. Tucker Carlson has never been an intelligence target of the Agency and the NSA has never had any plans to try to take his program off the air.’ 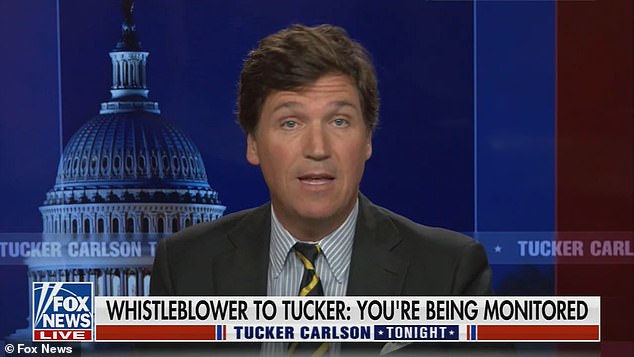 Carlson told his viewers on Monday night that he was being spied on by the NSA. He said a whistleblower had information which could only have come from his own texts and emails. Carlson said the spying was ‘scary’ and demanded it stop 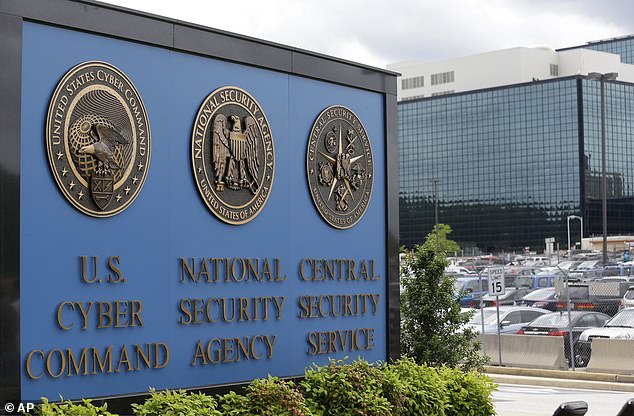 Tucker Carlson on Monday night claimed that the National Security Agency (NSA) was spying on his show, in a bid to force him off the air

Tucker Carlson says a whistleblower told him that he is being spied on by the NSA and that he filed a FOIA request for information:

“The Biden administration is spying on us. We have confirmed that.” pic.twitter.com/LY2vmDLFTK

Carlson pointed the finger directly at the Biden administration, and accused them of spying on him and his show to try and stem his criticism of the government.

‘They did it for political reasons,’ he said.

‘The Biden administration is spying on us. We have confirmed that.’

This month The New York Times, Washington Post and CNN revealed that they had been informed by the Department of Justice that some of their reporters’ records had been seized during former President Donald Trump’s tenure.

As president, Trump was vehement about finding out who in government was leaking information to the press.

Carlson said he knew the whistleblower’s information was correct because they had insider knowledge, that could only have come from accessing his communications.

‘The whistle-blower who is in a position to know repeated back to us information about a story that we are working on that could have only come directly from my texts and emails,’ Carlson said.

‘There’s no other possible source of that information. None.’ 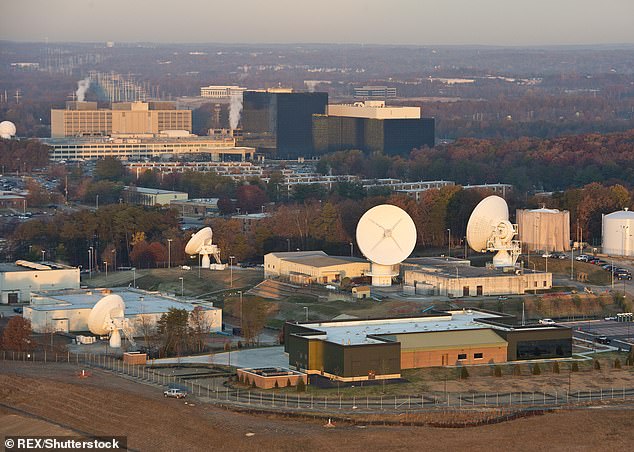 The NSA headquarters are pictured in Fort Meade, Maryland. Carlson has claimed that the NSA is spying on him, and described it as ‘incompatible with democracy’

The 52-year-old presenter – one of Fox’s biggest stars – has for several weeks been claiming that the FBI infiltrated and actively orchestrated the January 6 riots.

His claims have been denied by the FBI, but Carlson insisted that the government was infiltrating all aspects of life.

‘This morning, we filed an employer request asking for all information that the NSA and other agencies have gathered about the show,’ Carlson said Monday. ‘We did it mostly as a formality and contact of the press office of both NSA and the FBI you don’t expect to hear much back, that’s the way that usually goes.

‘Only Congress can force transparency on the intelligence agencies and they should do that immediately.’ 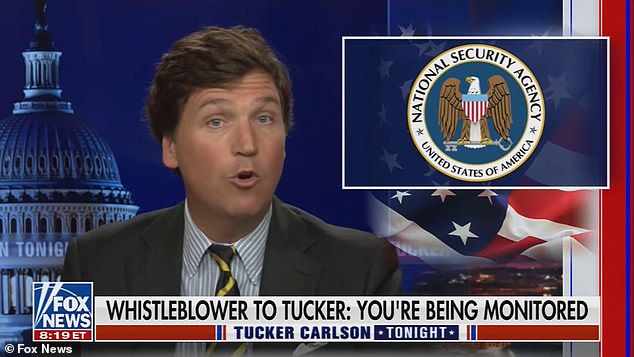 Carlson said that the NSA’s behavior was unacceptable.

‘This is scary and we need to stop it right away,’ he concluded.

The Justice Department under former Attorney General Eric Holder in 2015 announced revised guidelines for obtaining records from the news media during criminal leak investigations, removing language that news organizations said was ambiguous and requiring additional levels of review before a journalist could be subpoenaed.

The updated policy was a response to outrage among news organizations over Obama administration tactics seen as overly aggressive and hostile toward newsgathering.

Jeff Sessions, Holder’s successor appointed by Trump, announced in 2017 a renewed crackdown on leaks of national security information to the media.

The actions of Sessions and his own successor, Bill Barr, are under intense scrutiny for their role in spying on reporters from several media organizations.

On June 14 the Justice Department’s top national security official announced he was resigning from his position following revelations that the department secretly seized records.

John Demers will leave his position by the end of the month, a Justice Department official told The Associated Press. The New York Times reported the departure was planned months ago but now comes as the agency is facing backlash over the secret seizures.

It comes amid questions about what Demers knew about the Justice Department’s efforts to secretly seize the phone data journalists and from House Democrats as part of the Trump-era aggressive investigations into leaks.

The Justice Department under Donald Trump subpoenaed Apple for data from the accounts of at least two Democrats on the House Intelligence Committee – including Adam Schiff and Eric Swalwell in 2017 and 2018, it was revealed last week.

In all, around a dozen people connected to the committee were targeted, according to reports.

It was an extraordinary measure by prosecutors on behalf of an administration trying to find out who was leaking stories to the press.

. Democratic Reps. Adam Schiff and Eric Swalwell were told last week that their data had been subpoenaed under former Attorney General Jeff Sessions.

. On Sunday it was reported that Donald Trump’s White House counsel Don McGahn was also the subject of a subpoena issued by the DOJ. Apple told McGahn last month that they had handed over information to the FBI, but wouldn’t reveal the content of the data.

. The DOJ also sought records from reporters from the New York Times, Washington Post and CNN in 2017.

. Officials in the DOJ put the news organization under a gag order that meant their general counsel couldn’t reveal to their staff that the data had been sought.

. Sessions, Barr and longtime deputy AG Rod Rosenstein have all denied knowledge of the attempts to access the records.

. The Department of Justice under Attorney General Merrick Garland has now launched its own internal inquiry into the bid to get records.

. The Biden administration has called the revelations ‘appalling’.

. Critics and leading Democrats have said what happened under Trump’s DOJ is worse than what happened with President Nixon during Watergate.