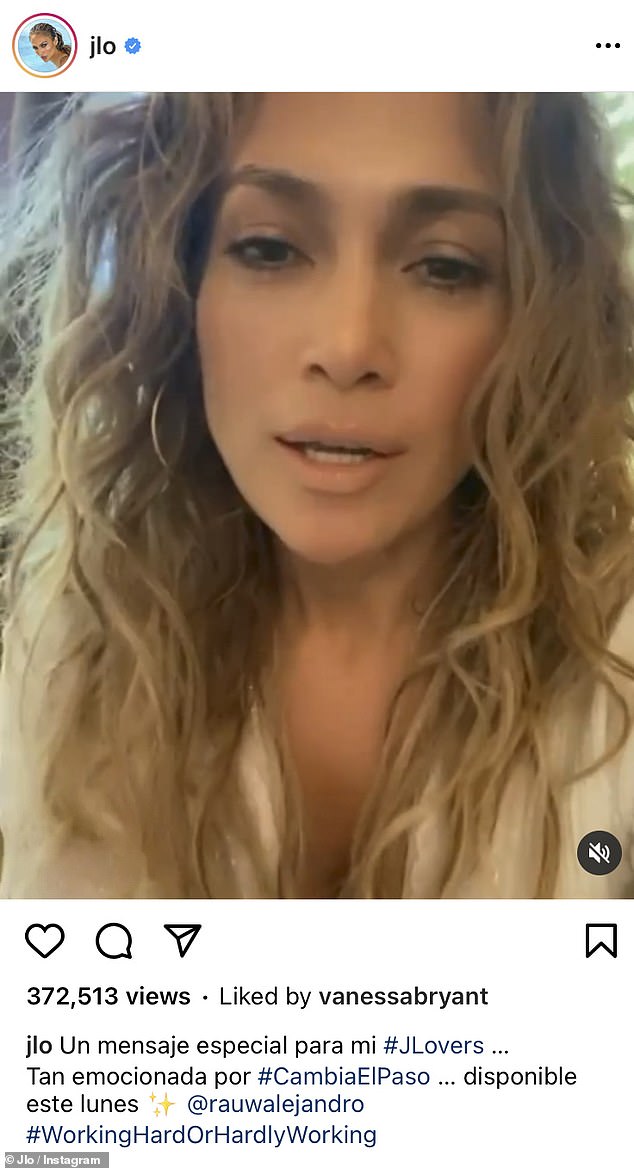 She’s carved out dual careers as a popular actress and a hit-making singer.

And Jennifer Lopez leaned into the latter on Thursday when she teased her upcoming single Cambia El Paso for her 162 million Instagram followers.

The 51-year-old star highlighted her gorgeous curly locks while playing a snippet of the song on her laptop.

New music: Jennifer Lopez, 51, shared a second-long snippet of her upcoming song Cambia El Paso on Instagram on Thursday while showing off her gorgeous smile and lustrous curls.

Jennifer’s large hoop earrings were framed by her voluminous caramel-colored locks, and her face was elegantly made up with neutral tones.

She put on a busty display in a low-cut tightly pleated beige dress with long sleeves.

The songstress giddily introduced the song in Spanish and mentioned her collaborator on it, the Latin artist Rauw Alejandro.

Her single is set to be released on Monday, July 5, which may be designed to help it stand out, as most new music is released on Fridays.

After introducing the single, she switched to English, adding, ‘Here it is!’

Then she turned the camera around to look at her laptop screen, which was cued up to the song. 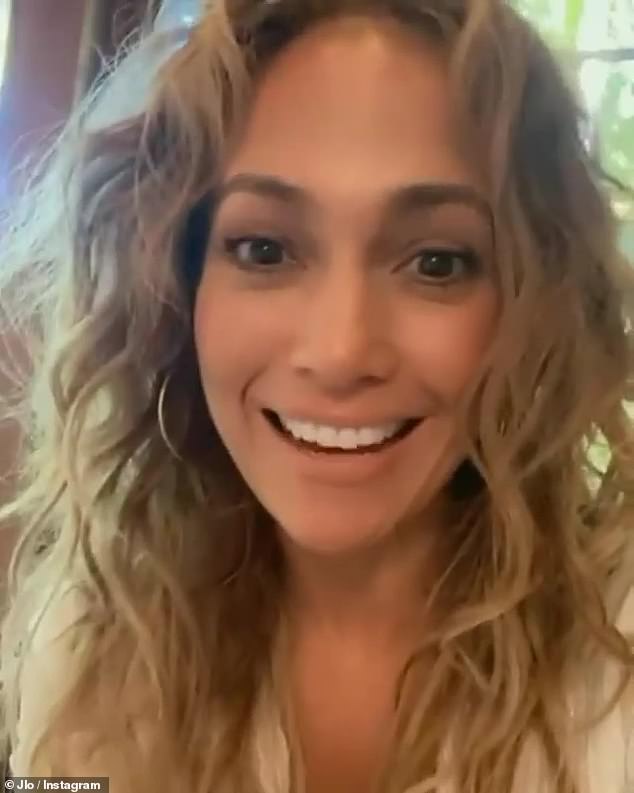 Gorgeous: Jennifer’s large hoop earrings were framed by her caramel-colored locks, and she put on a busty display in a low-cut tightly pleated beige dress with long sleeves 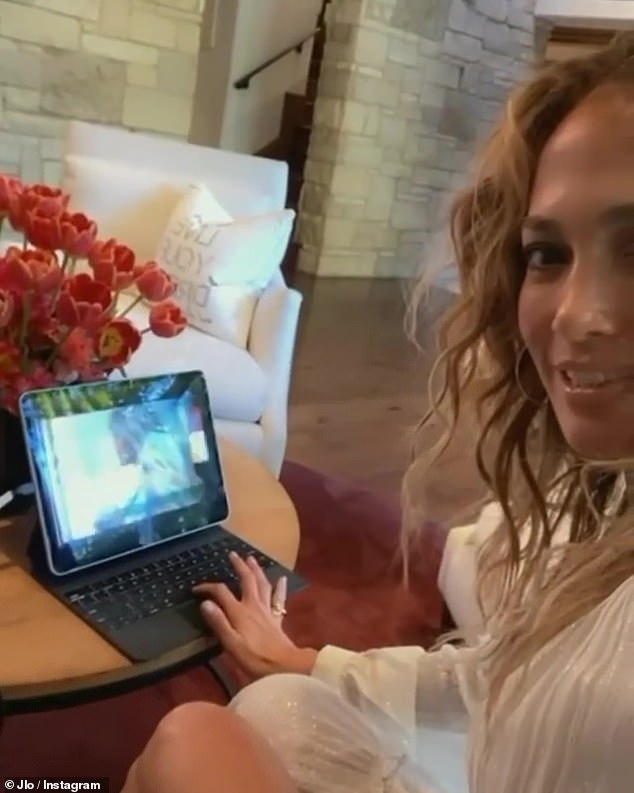 Coming soon: The songstress giddily introduced Cambia El Paso in Spanish and mentioned her collaborator on it, the Latin artist Rauw Alejandro. The song is out July 5

She played just a second’s worth of it, though she could briefly be seen on the computer screen, indicating that she had already filmed a music video forthe single.

Jennifer capped off her playful post by joking about how much she was enjoying her new music with the hashtag ‘#WorkingHardOrHardlyWorking.’

Although she was all smiles in her video, the hitmaker also included some more seductive expressions in her Instagram Stories.

She gazed straight into the camera in one photo that emphasized her low-cut top, while another captured her age-defying looks in profile.

Her new track will be her first song since In The Morning, which she released in November of 2020.

‘It’s full of symbolism about a dark one-sided relationship and the realization that you can’t change anyone else… you can only change yourself!!!’ she wrote on Instagram when she premiered the single. ‘Grow your own wings and walk away from anyone or anything that doesn’t truly value all you have to offer.’ 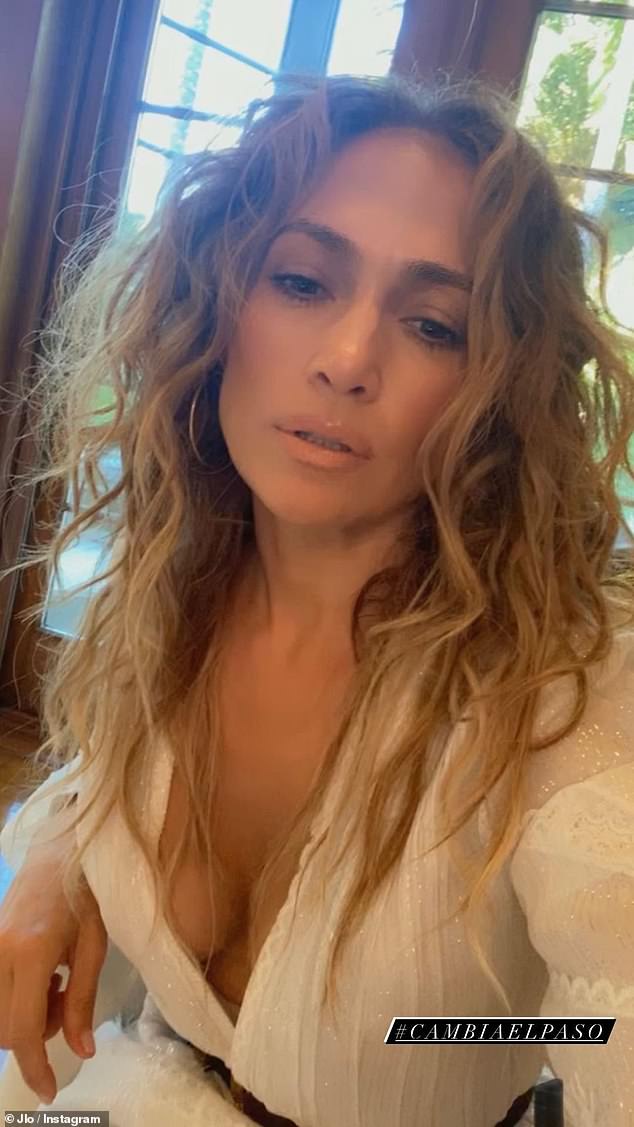 Perfect pout: Although she was all smiles in her video, the hitmaker also included some more seductive expressions in her Instagram Stories 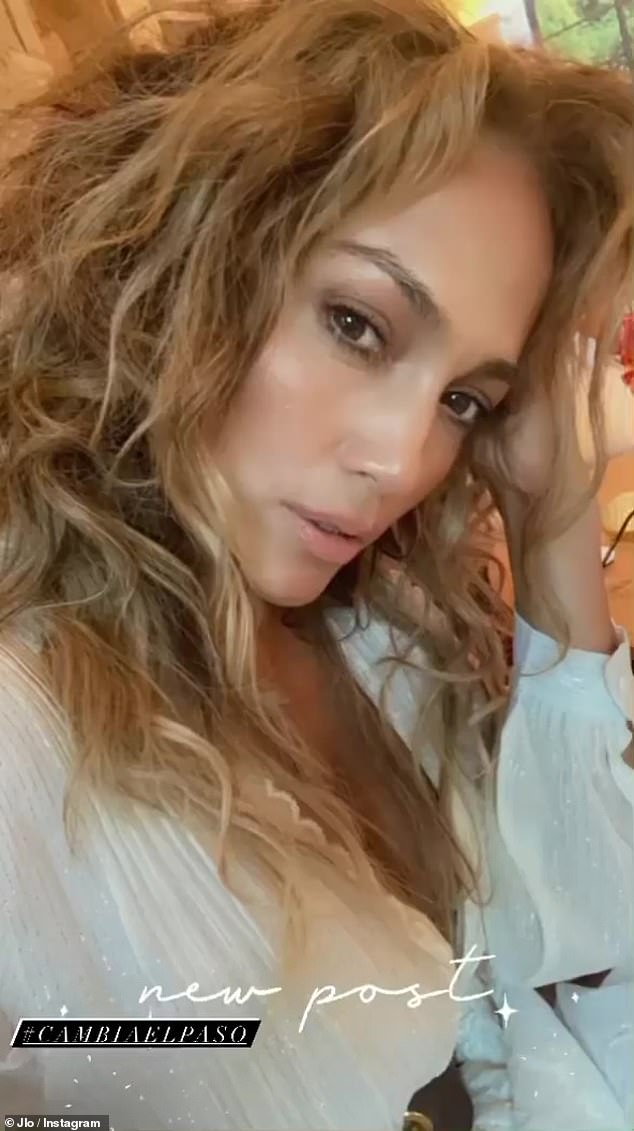 Still got it: She gazed straight into the camera in one photo that emphasized her low-cut top, while another captured her age-defying looks in profile

It wasn’t clear which day Jennifer filmed her post on, as she was also spotted out and about sporting her curly locks on Wednesday.

Her beau Ben Affleck was seen leaving her Bel Air home earlier that day as he puffed on a cigarette.

She and the Gone Girl star have been shuttling back and forth between their West Coast homes in recent weeks as their relationship has progressed.

Though the Waiting For Tonight singer is normally based in Miami with her 13-year-old twins Emme and Max, she’s lately been spending more time in Los Angeles to be close to Ben, who prefers not to leave the city for extended periods of time so as to be near his own children.

Their renewed relationship seems to be a kind of wish fulfillment for the Out Of Sight actress, who sees Ben as ‘the one that got away,’ a source told Page Six last month. 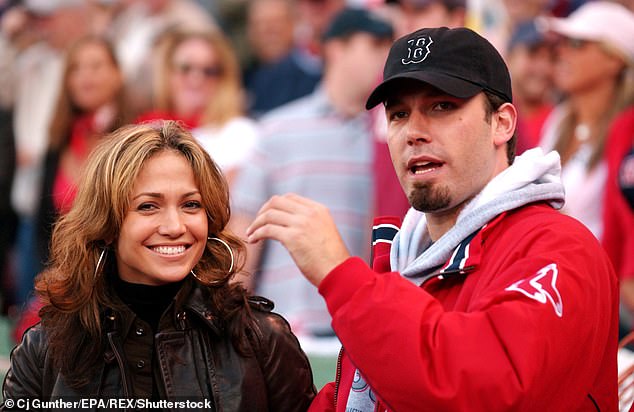 Getting reacquainted: Her beau Ben Affleck was seen leaving her Bel Air home the day before. They’ve been shuttling between their LA homes in recent days; Jennifer and Ben take in a Red Sox–Yankees game in 2003

‘Jennifer always saw Ben as the one that got away. She was crushed after they broke up, though she felt at the time that she had no other choice but to call off their engagement,’ the insider said.

After their tentative meetups in Los Angeles, the couple enjoyed longer vacations in Montana and Miami, where she lives with her 13-year-old twins Emme and Max.

The Jenny From The Block singer may even be plotting a move back to tinseltown after she was seen checking out upscale schools in the area.

She and her children may be more flexible, as Ben is determined to stay in Los Angeles long-term to be near his three children, whom he shares with his ex-wife Jennifer Garner, 49.

The actors have gotten bolder with their romantic displays, as they were spotted making out during a dinner earlier this week at Nobu Malibu, which was ostensibly to celebrate her sister Lynda Lopez’s 50th birthday.

Her son Max was even seen walking up to the couple just seconds after they locked lips. 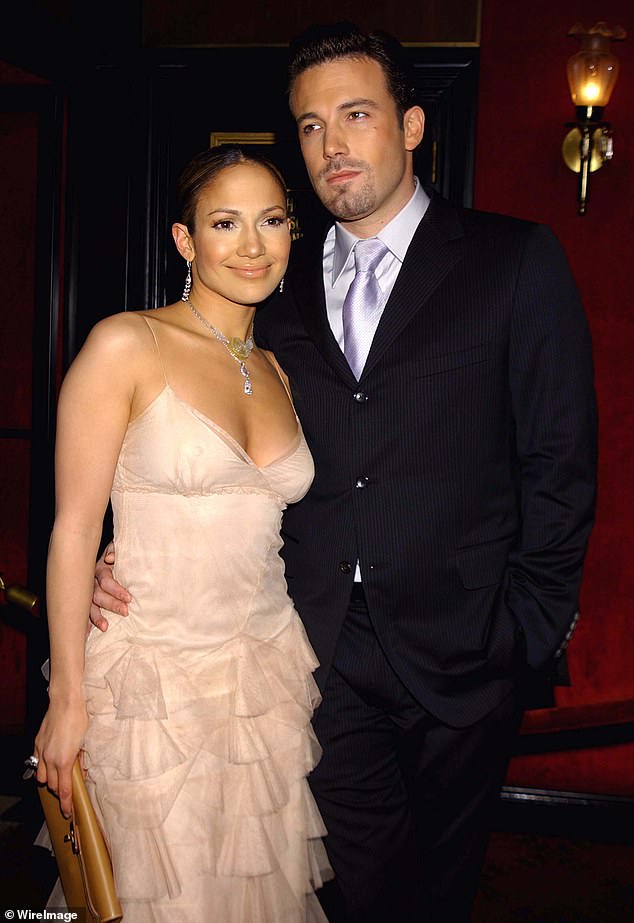 Rekindled romance: The singer’s new romance with Ben is a second chance, as  she saw him as ‘the one that got away’ after the 2004 break-up, a source told Page Six last month