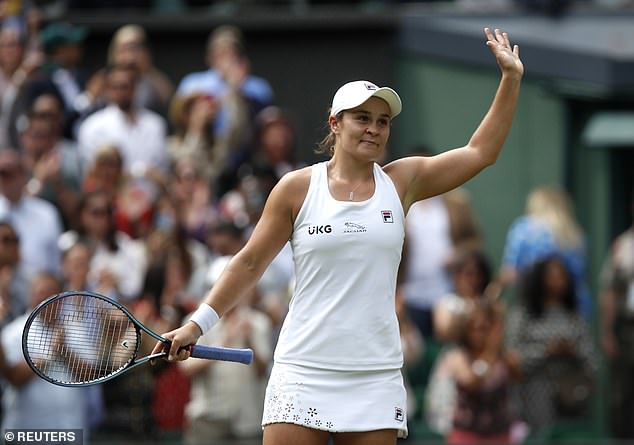 World No 1 Ashleigh Barty has defeated Angelique Kerber to become the first Australian woman to reach the Wimbledon singles final for 41 years.

Barty’s 6-3 7-6 (3) victory over 2018 champion Kerber puts her through to a second grand slam final and with the chance to emulate her mentor Evonne Goolagong, who won the second of her SW19 titles in 1980.

Barty’s outfit is a tribute to the one worn by Goolagong for the first of her victories in 1971 and the 25-year-old will go into the final against either Aryna Sabalenka or Karolina Pliskova as the favourite. 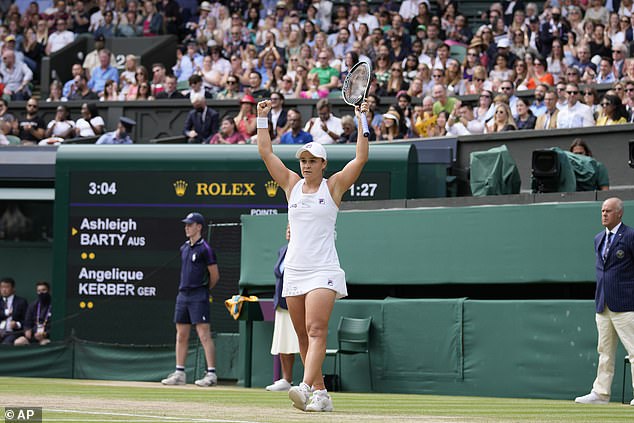 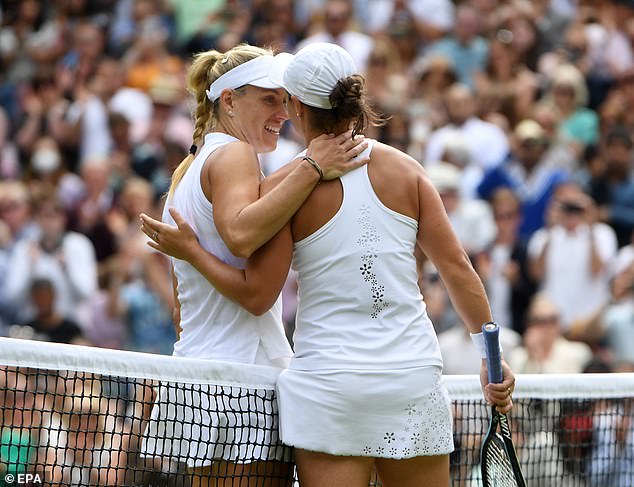 Barty said: ‘This is incredible. This is as close to as good a tennis match as I’ll ever play. Angie brought the best out of me. I’m incredibly proud of myself and my team and now we get a chance on Saturday to try to live out our childhood dream

‘I’ve had an incredible journey, ups and downs and everything in between, and I wouldn’t change one moment. It’s been unique, incredible, its been tough. There have been so many things that have led to this moment. I’m enjoying every single minute.

‘Being able to play on the final Saturday at Wimbledon is going to be just the best experience ever.’ 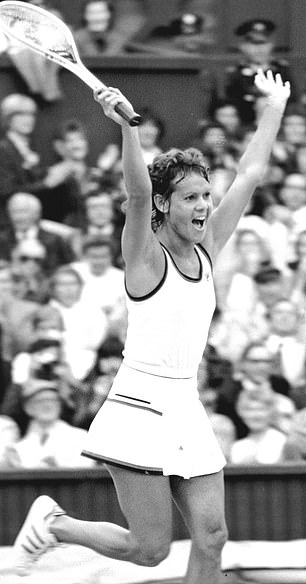 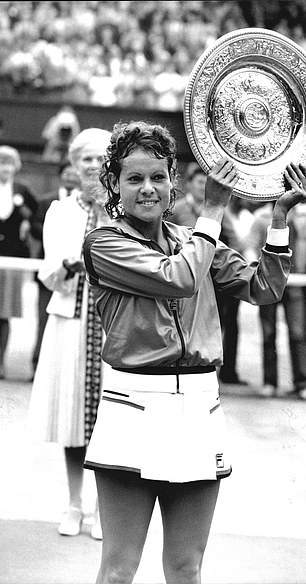