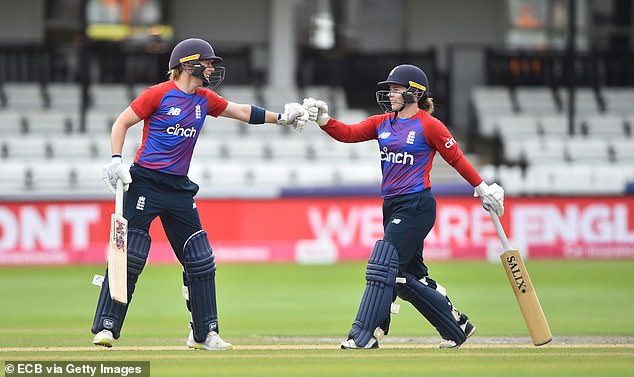 By Paul Newman for MailOnline

England women made a mess of what should have been a comfortable run chase in the second Twenty20 international against India yesterday to set-up a multi-format decider.

It looked inevitable England would wrap up the three-pronged series at Hove when Tammy Beaumont and Heather Knight led them to 106 for two in the 14th over chasing 149 for their second successive T20 win.

But when both fell in successive balls, Knight to a freak run out when Deepti Sharma inadvertently obstructed her as the ball deflected off the bowler’s heel onto the stumps, England collapsed in the face of a fierce Indian fielding effort. 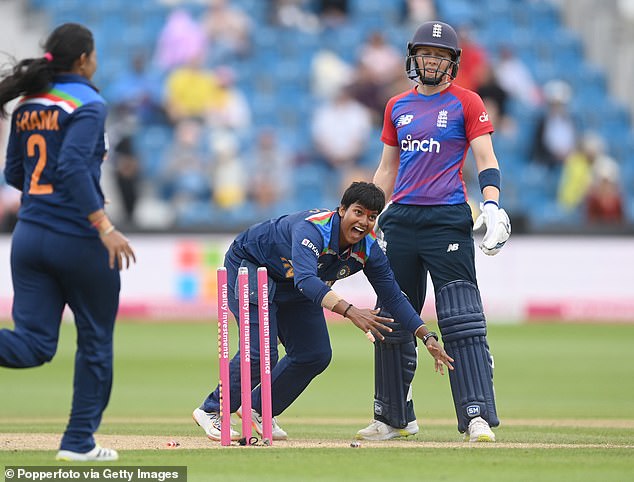 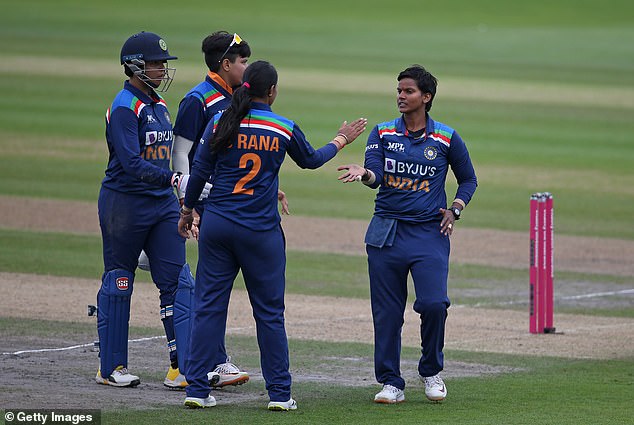 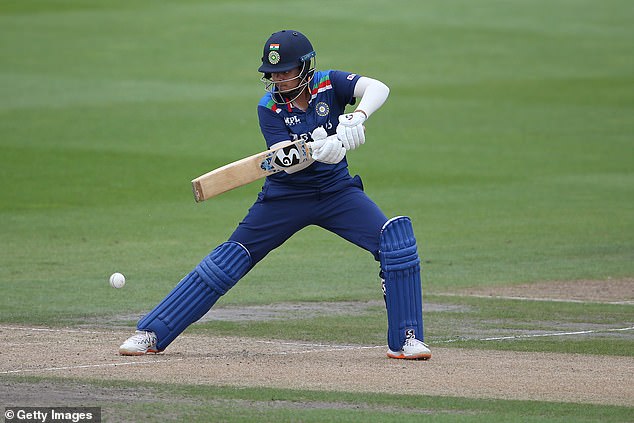 They finished on 140 for eight to leave India victors by eight runs and still in with a chance of sharing the honours with a win in the final T20 at Chelmsford on Wednesday.

England, who looked certain of finishing on top when they won the first two one-day internationals after a drawn Test, lead 8-6 with one to play.

‘My run out changed the game but it was just one of those things and not at all deliberate by Deepti,’ said Knight. ‘We need to be a lot more ruthless and gave that away. We have to be better. We should not be losing a game like that.’