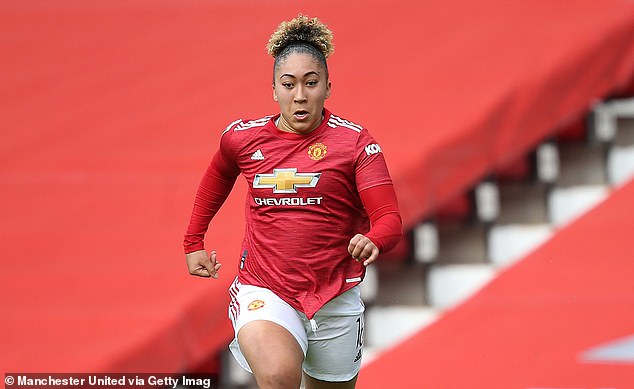 It’s the James double for Chelsea! Manchester United striker Lauren completes her move to west London in a WSL record £200,000 deal… uniting her with brother Reece after partying with him on the pitch after Champions League win in Porto

By Sami Mokbel for MailOnline

Lauren James has completed her record-breaking move to Chelsea.

The Manchester United striker has joined the Stamford Bridge club in a move worth up to £200,000 – a record between two Women’s Super League clubs.

James joined United from Arsenal in 2017 aged just 16 and has been a regular goalscorer during her time in Manchester.

James has represented England at youth level and was called up to the senior team by former boss Phil Neville in last year – but she is still to make her senior debut.