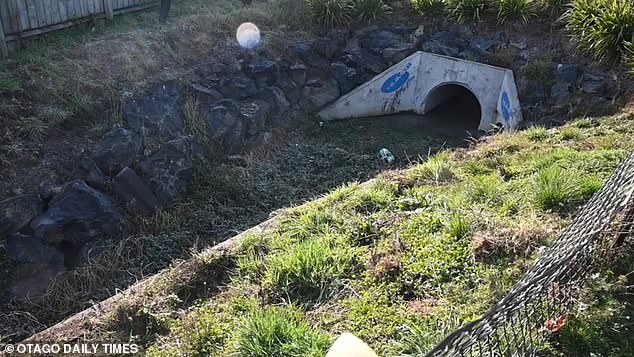 Furious couple is ordered to spend $100,000 to fix a retaining wall they didn’t even install


A couple is facing a monumental bill to fix a retaining wall that was built before they had even moved in – or be fined double.

A Dunedin couple are facing a $200,000 fine issued by the city council if they do not fix a bulging retaining wall which could cost up to $100,000 to repair

Original plans showed a rock retaining wall, but a timber wall that is now bulging was built instead.

Dunedin council said no compliance was ever issued for the wall, and the developer added it after a culvert was signed off.

Home owners Himanshu Dua and Renu Anand said they loved the land and built their dream home on it.

‘Everything was going so good, until we wanted to get the landscaping done, and that’s where stress came to our lives and it has come very fast,’ Mr Dua told the NZ Herald . 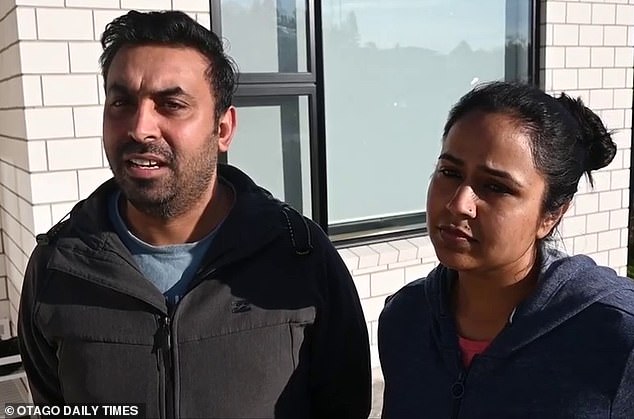 Himanshu Dua and Renu Anand (pictured) built their dream home in Mosgiel, before attempting to landscape the property and having the notice handed down, and the city council and developers are laying the blame on each other

Structural engineer Bruce Chisolm said the council should put the blame on the developers, and withdraw the notice issued to the couple.

‘The council should have identified a problem during a maintenance inspection if it had carried one out,’ he said.

But the building developer claimed the problem with the wall was not created by the company.

Council building manager Paul Henderson said: ‘The retaining wall was built later, sometime between June 2018 and December 2018, without a building consent and without DCC knowledge’.