The 21-year-old midfielder joined the club on a free transfer from Bournemouth this summer but a medical ‘red flag’ was raised during his medical.

After his side drew 2-2 with Arsenal in their friendly at Ibrox, Gerrard told RangersTV: ‘I don’t think you’ll see him in the short term.

‘Unfortunately something has flagged up with his ECG, which is the heart test.

‘We’ve got top medical people here at the club now and we check all the players thoroughly from head to toe when they arrive.

‘Unfortunately there’s been a bit of a red flag with a heart issue so he’s going to see some specialists in the coming weeks and we need to do more tests before we move forward. 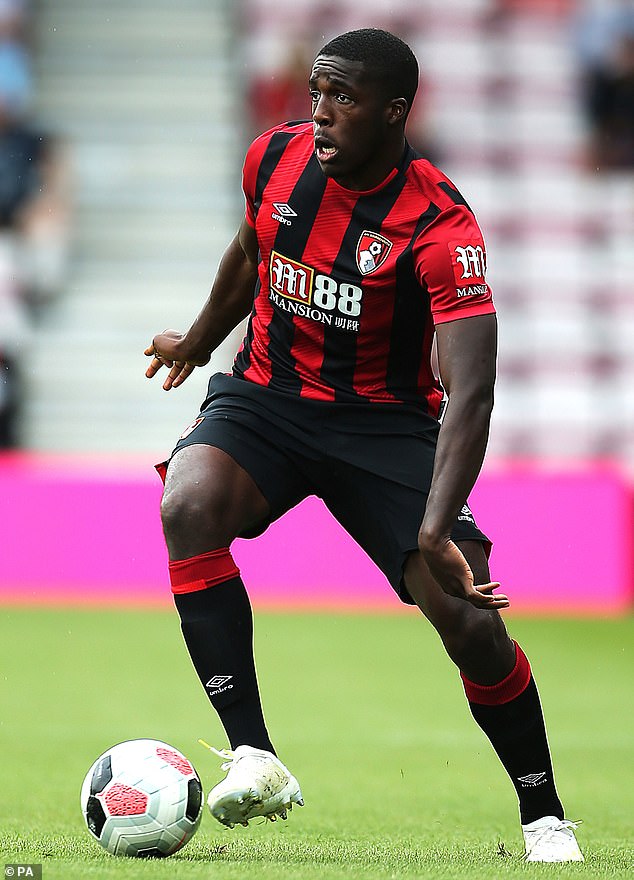 Ofoborh, 21, joined Rangers on a free transfer from Bournemouth earlier this summer

‘It’s disappointing and frustrating but we’ll have to manage and cope.

‘The important thing is the player’s health, which we’ll obviously focus on first and foremost.

‘Of course it is disappointing and frustrating for the player but I spoke to him yesterday, told him to keep smiling and be patient and we will do everything we can to support him, get him in front of the right people and the right support and hopefully he will be back, not too long.’