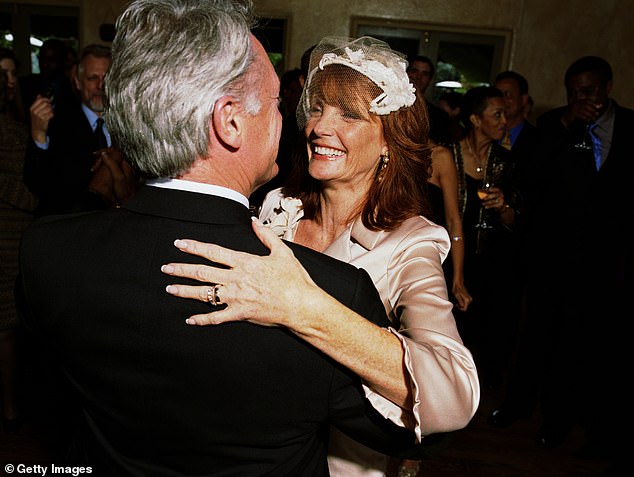 Wanted: Wedding date for mother in law who will ‘wear white and escalate small dramas’: Hilarious Craigslist ad offers $1,000 to suitor who can offer ‘constant attention and supervision’

By Sandra Salathe For Dailymail.Com


A hilarious Craigslist ad is offering a willing volunteer $1,000 be a wedding date for a difficult mother-in-law.

Titled ‘Wedding Date Wanted for Mother-in-Law,’ the listing was posted on July 11, under the ‘talent gigs’ section of the Hudson Valley Craigslist.

The ad has since been removed, Times Union reported, but it’s not clear if someone took the job.

It claimed that the 51-year-old mother-in-law needed ‘constant attention and supervision’ and the date’s sole job would be to ‘distract and de-escalate’ her.

‘She will probably wear white and escalate small dramas,’ the ad continued.

An ad seeking a wedding date for a guest’s mother-in-law was recently posted to Craigslist, offering a whopping $1,000 in compensation (file image)

The date in question would need to be between the ages of 40-60-years-old, be a ‘good dancer’ and conversationalist.

On top of owning his own suit to wear, the date would also need to have experience with narcissists, and the ability to provide the mother-in-law with undivided attention.

In addition to the $1,000 compensation, the lister is offering travel expenses, hotel room and food to sweeten the deal.

The suitor will also be given a list of conversation topics to raise with the mom-in-law.

If all this sounded reasonable, the ad concluded by calling on individuals to send a photo along with  ‘a quick blurb indicating your interest/qualifications’

‘You will also need to be able to OK with us running a background check on you just for safety’s sake,’ the ad concluded. 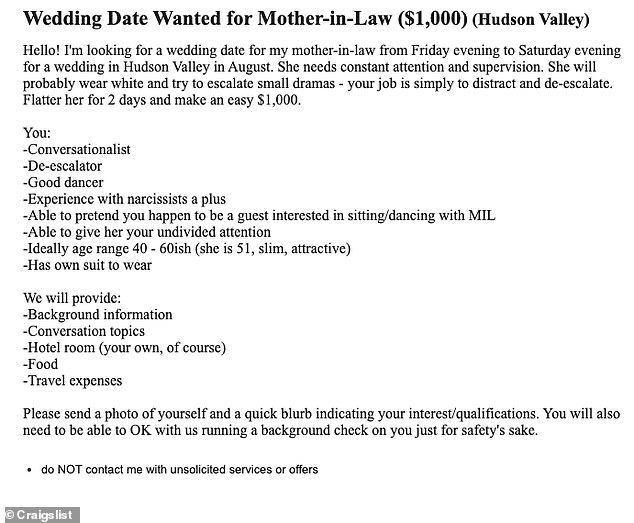 Titled ‘Wedding Date Wanted for Mother-in-Law,’ the ad, which has since been removed, was posted on July 11, under the ‘talent gigs’ section of the Hudson Valley Craigslist

Almost half of couples planning to get married in last year postponed their wedding, with many setting a new date for this year, The Knot reported.

Sales at The Clear Cut, a New York-based engagement ring company, have skyrocketed this spring as couples can ‘finally travel’ and pop the question while on vacation, explained co-founder and chief operating officer Kyle Simon.

Privately held jeweler Shane Company said sales of wedding bands are also on the rise as in-person ceremonies are finally taking place after being postponed for so long.