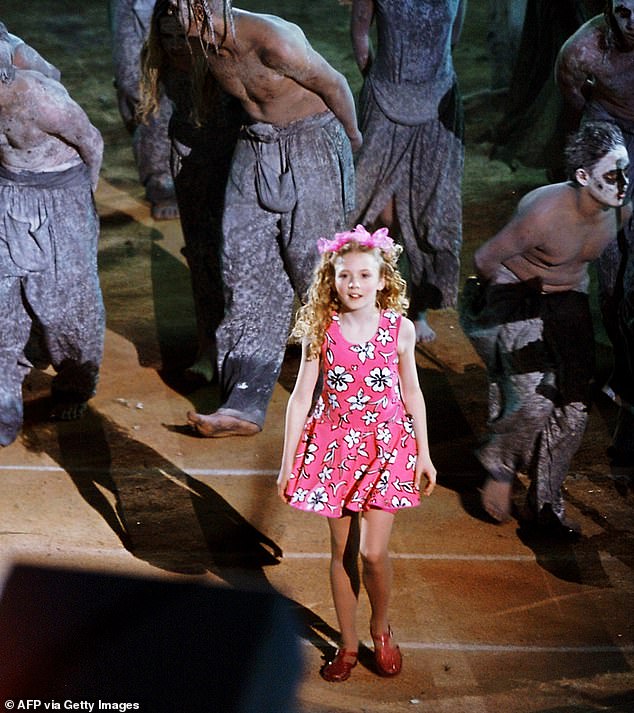 An unexpected petition has called for Nikki Webster to headline the 2032 Brisbane Olympic Games – and the mum-of-two is on board.

The former child star captured the hearts of the world at the opening and closing ceremony of the Sydney Games in 2000 at the tender age of 13 – and she could be ready to do it all.

After it was announced on Wednesday that the Sunshine State won its bid to host the Games in 11 years’ time, veteran Channel Nine presenter Deborah Knight personally penned a petition on Change.org to secure the 34-year-old mum’s spot in the program.

Pictured: Nikki Webster at the age of 13 during the opening ceremony of the Sydney Olympic Games 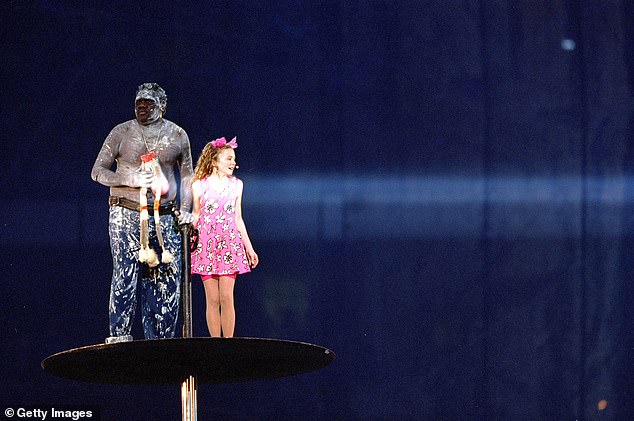 In a public appeal addressed to the Queensland state government and the Australian Olympic Committee, Ms Knight wrote: ‘With her long, curly hair and hot pink dress with flowers, 13 year old Nikki Webster was our “Hero Girl”.’

‘With Brisbane chosen as the preferred candidate by the IOC, we want Nikki back on stage at the Opening Ceremony in 2032.’

Nikki, who will be 45 by the time the Olympics come to Brisbane, has wholly supported the notion and encouraged her Instagram followers to sign the petition – which fell flat on Thursday with just 300 signatures.

‘The beautiful Deborah Knight started a fun petition … would be incredible to be involved … would love your support if you can take a second to sign,’ she wrote. 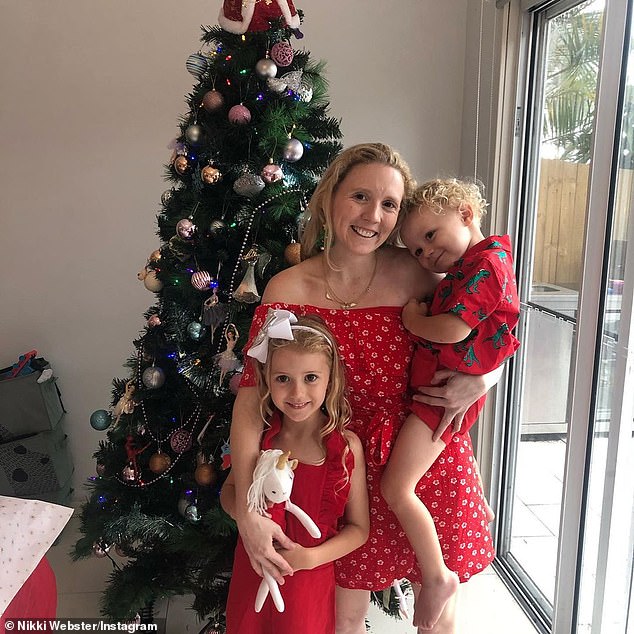 Pictured: Nikki Webster, 34, with her children Skylar, five, and Malachi, who is two 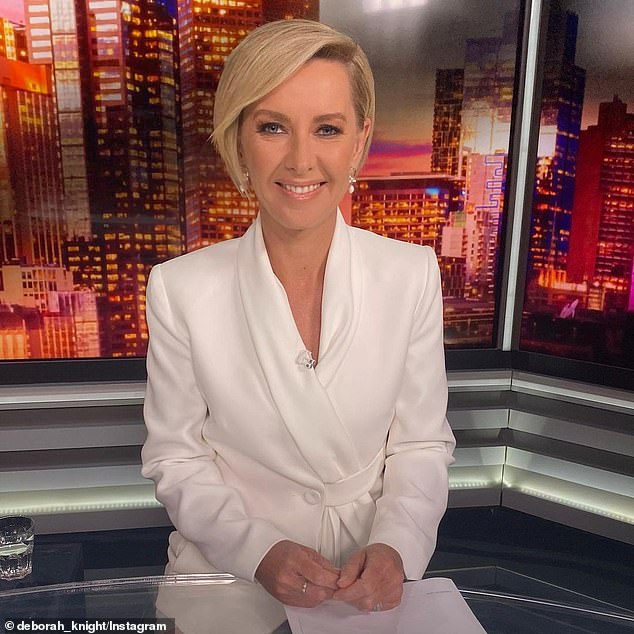 Pictured: Channel Nine journalist Deborah Knight, who penned a petition calling for Nikki Webster to perform at the Brisbane Olympics in 2032

Her fans were overjoyed, and agreed that Nikki should definitely headline the show.

‘It would be a crime against the nation if you weren’t,’ one eager follower wrote.

‘Strawberry kisses remix,’ another suggested, referring to the hit song she released at 13.

Others thought the local celebrity should perform with her five year-old daughter Skylar, who will be 16 when the Games hit Australia. 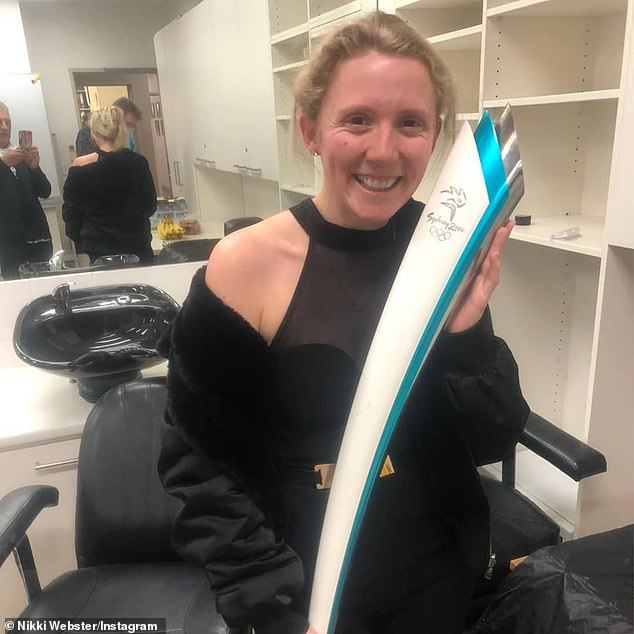 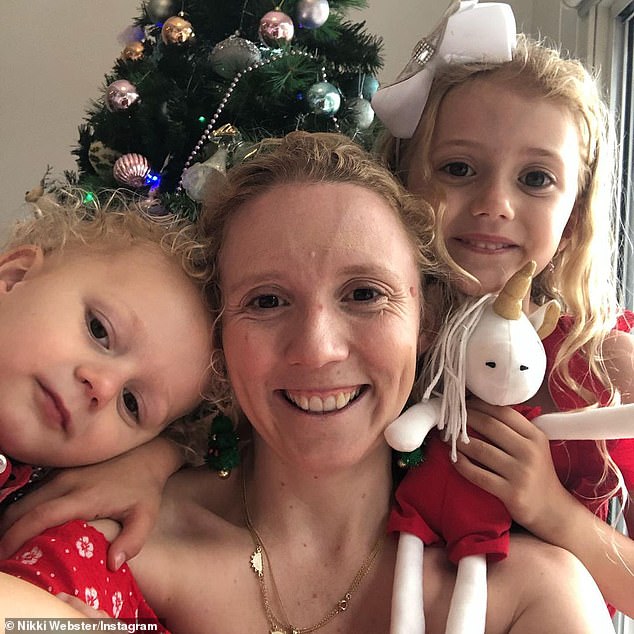 Nikki will be 45 by the time the Games return to Australia, and her daughter Skylar will be 16

‘Skylar can be you and you can be Kylie!’ someone wrote, referring to the iconic moment in the opening ceremony when national treasure Kylie Minogue burst on stage and performed with a young Nikki.

Another fan said: ‘Maybe you can the do the Kylie thing from Sydney who played the grown up hero girl but I think the grown up version of that floral dress is in a museum collection somewhere.’

Not much is known about Skylar’s musical prowess, but she looks like a carbon copy of her mother and has been photographed in the same pink Hawaiian dress Nikki wore while performing Under the Southern Skies.

Since the Olympics jettisoned her to fame in Australia, Nikki has opened three dance schools, released eight albums and authored a children’s book with her brother Scott called Dare To Dream.