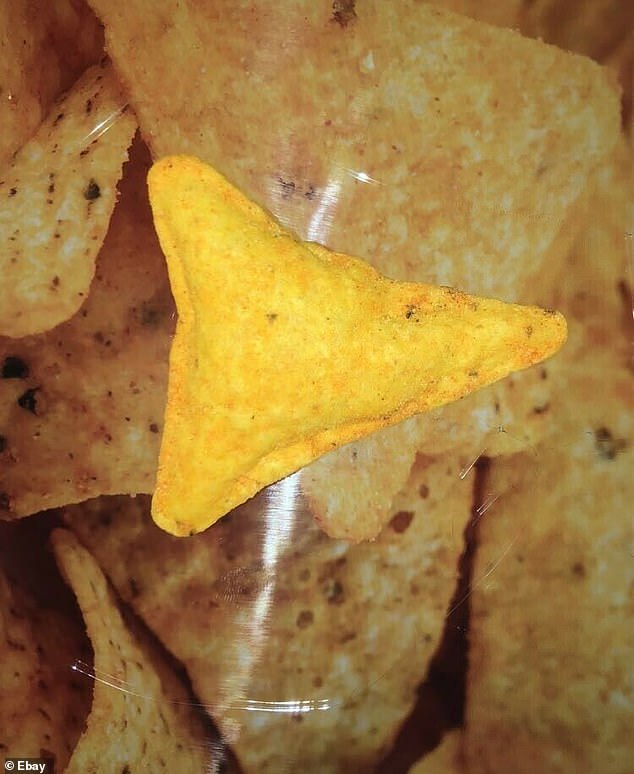 Teenager, 13, set to turn a $3 bag of Doritos into $20,000 after finding a ‘rare puffy’ chip – and now her dad wants a share of the fortune because he bought the packet

The saying ‘cheap as chips’ doesn’t apply to one Australian teenager who is set to make a fortune after finding a rare ‘puffy’ Dorito.

The 13-year-old then decided to list the item on eBay, sparking an auction frenzy which has seen bids climb to more than $20,000 in just a few days.

The rare ‘puffy’ Dorito (pictured) is being sold in pristine condition and has reached $20,000 at auction

Along with shots of the aforementioned chip from various angles, the only description for her listing was: ‘puffy Dorito one of a kind’.

‘I was about to eat it but I thought I better save it for later,’ Rylee told 9News.

Then after checking the auction she said she was shocked.

Though who is entitled to the windfall is a matter for debate.

‘Dad is saying that since he bought the packet, it’s his chip, but I ate the packet and found it, so I believe it is mine,’ Rylee said. 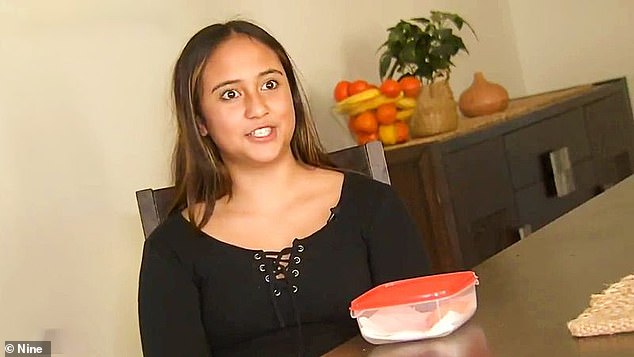 The auction still has a few more days to go but has already reached more than $20,000

The listing has 45 bidders as of Thursday but Rylee will have to wait a few days after the auction closes on Tuesday to find out how serious the bidders are.

But it’s been done before with wacky food items selling for thousands on the site a pretty common phenomenon.

A U.S. teen successfully sold single Doritos in a jar as ‘conversation pieces’ for $20 a pop earlier this year.

While chicken nugget shaped like a popular character from the video game ‘Among Us’ sold for $136,000 recently.

And though whoever buys the chip wouldn’t be likely to chomp down on the $20,000 treat, the flavour in case you were wondering: Cheese supreme. 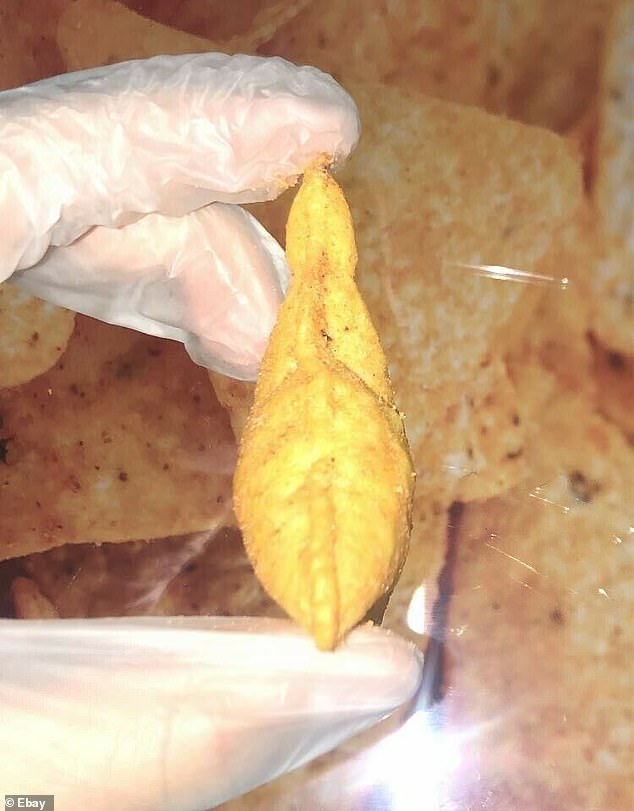