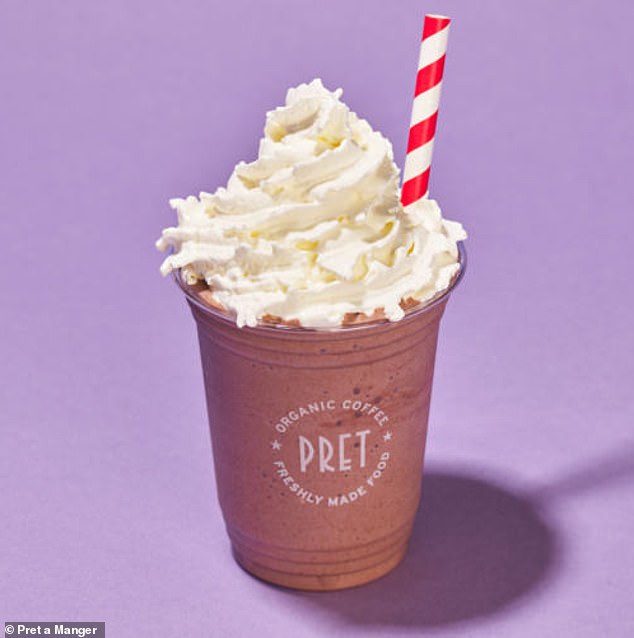 Pret a Manger’s summer drinks have the highest sugar content with an average 32.3g per drink, while the chain’s Chocolate Shake has over double your daily allowance of sugar, new research has revealed.

Intrigued with finding the most sugar filled summer cold drinks menu, Brewsmartly.com utilised expressdentist.com’s research on the sugar content of our favourite cocktails to consider how much sugar could be hiding in our everyday summer drinks.

The four most popular drinks outlets were collated by quantity of UK located stores. Using the nutritional information provided on each of their respective websites, each drink was then ranked according to the sugar content.

After analysing the nutritional information of milkshakes, frappes, iced coffees, and smoothie drinks in each menu, researchers found that the most sugar filled summer drinks menu belongs to Pret a Manger.

Pret’s Chocolate Shake (pictured) contains a whopping 60.7g of sugar and is highest for calories (439) 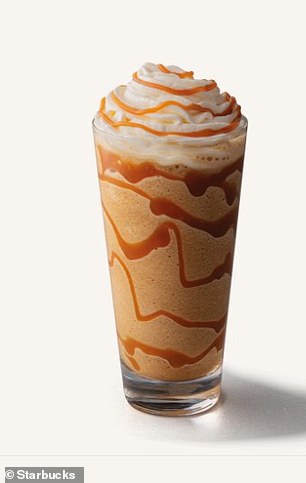 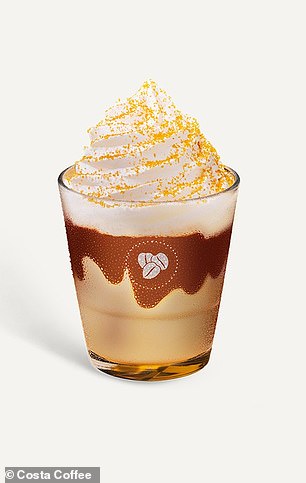 Caffè Nero is second, only 5.7g away from the top spot with an average 26.6g of sugar per drink. The high-street chain has four drinks in the top ten all above 40g of sugar and has the lowest average calorie content at 120.1g.

In fourth is Starbucks, with 22.4g of sugar in the average cold drink. Starbucks has an average calorie content of 185.9 per drink.

After analysing the top ten drinks, Pret’s Chocolate Shake took first place and was found to contain a whopping 60.7g of sugar – double the maximum 30g recommended amount for and adult in a day – the same amount of fat and protein (11.2g) and is highest for calories (439).

In second, Starbuck’s Caramel Frappuccino, which has 49g of sugar, also contains 367 calories and has a relatively low fat content of just 4.3g. 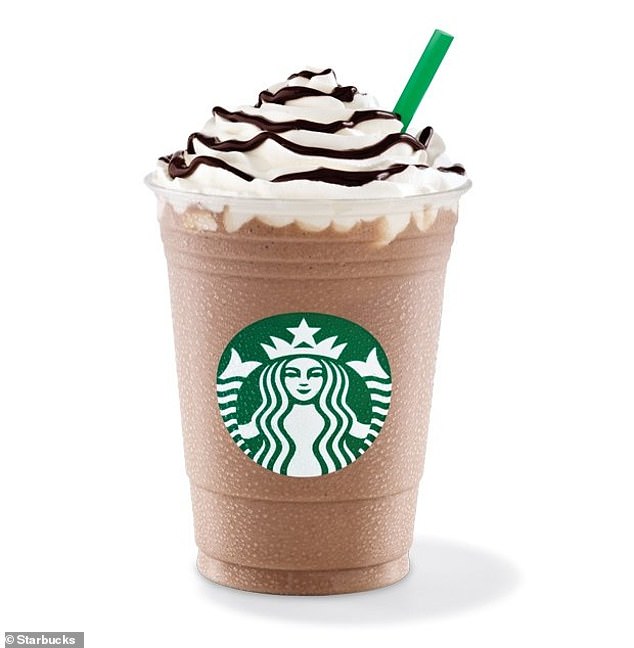 Starbucks java Chip Frappuccino placed sixth out of the summer drinks analyses and contains 46.5g of sugar and 382 of calories 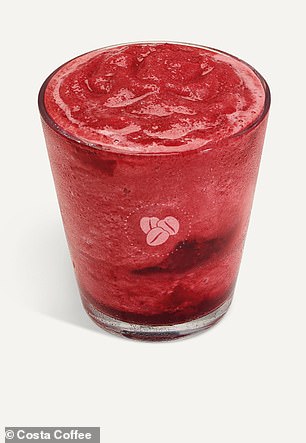 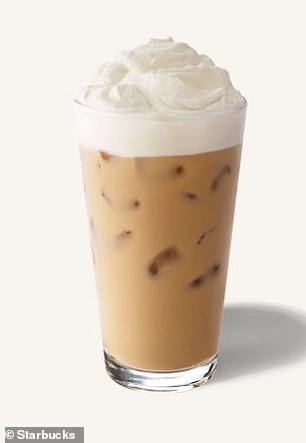 Following closely behind in third is Costa’s Golden Caramel Frostino (with Light Dairy Swirl) with 48.7g of sugar.

It also contains 298 calories and a comparatively high carb content of 57.1g.