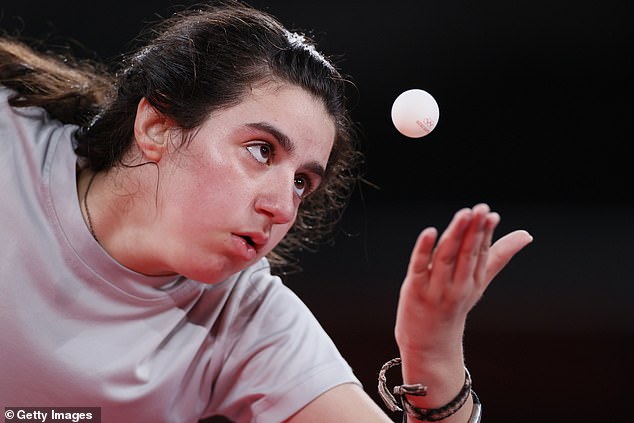 By Ian Herbert For Mailonline


The 12-year-old Syrian table tennis player arrived in slightly baggy shorts and grey T-shirt with her long hair in a green scrunchie and stood rather awkwardly while the umpires took their places. Her 39-year-old Austrian opponent’s immaculate Olympic apparel revealed the different worlds they occupy.

Hend Zaza, the youngest Olympian since 11-year-old Beatrice Hustiu competed in figure skating at the 1968 Winter Olympics, has struggled at times to find tables to play on amid the conflict which has ravaged her country. Municipal sports hall and garages have had to do.

Here, in an preliminary round session on the first full morning of competition was the very essence of the Olympics. No surprise that besieged Syria, which has sent only five competitors here, selected Zaza as their flag bearer on Friday night, even though those duties kept her up later than she is accustomed. 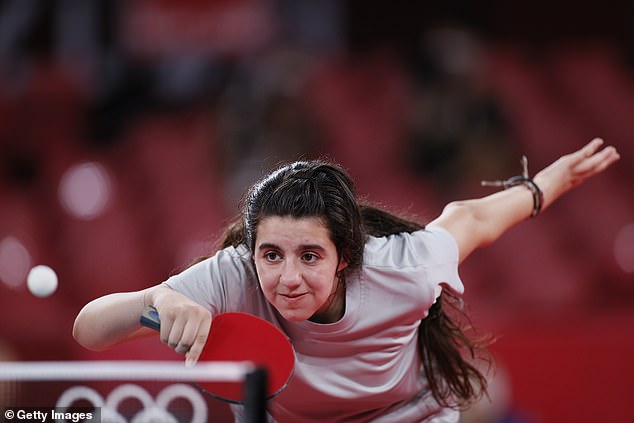 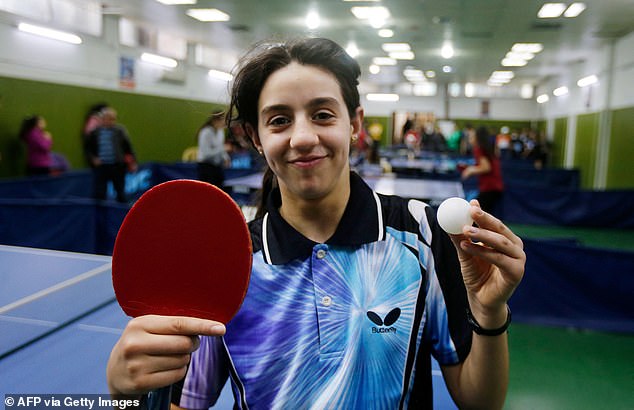 ‘We had to start our journey to the Olympic opening ceremony at 6pm which is quite early,’ Zaza reflected. ‘Then we were there until about 11.30, which is quite a long time to be without practicing or getting ready for the morning session.’

She was spotted playing the sport with her older brother in a public hall in central Syria’s Hama, aged six. She trained there with coach Adham Aljamaan, shrugging off frequent power cuts and the noise of rebel artillery fire fell, from which they would shelter for hours.

The diminutive size of her Chinese-born opponent, Jia Liu, detracted from the incongruous sight of Zaha, who was 11 when she made it here by winning the Western Asia Olympic Qualification Tournament in Amman, Jordan.

So did the schoolgirl’s table tennis. Strongest on her backhand, she sparred strongly, levelling at 4-4 in the first game after losing the first three points before Liu, who was No 9 in the world seven years ago and is now 107, took that game.

Zaha had Liu 8-7 in the second but an overhit forehand, struck when she was off balance and a netted forehand sent that Lithe Austrian’s way too.

There was a five-minute delay for the table to be wiped of moisture with the score at 6-3 in the third. Liu promptly won the next five points to reach a virtually unassailable position. 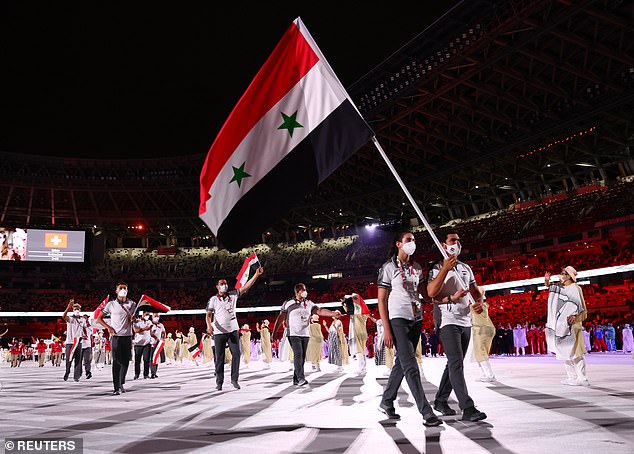 Zaza’s plaintive looks at her coach were those of a player looking for answers that only experience will provide. But she spoke with a wisdom beyond her years after losing in four straight sets.

‘Playing against a very experienced opponent is very tough, especially in the first match of the competition so it was very tough to be mentally prepared,’ Zaza said. ‘I think I somehow managed to overcome this and this is the part that I did the best during the match.’

She did not hesitate when asked what message she thought her presence here sent to children around the world.

‘For the last five years I’ve been through many different experiences, especially with the war happening around the country, with the postponement, with the funding for the Olympics. It was very tough. My message to anyone who has a similar situation is: “Fight for your dream, regardless of the difficulties you are having, and you will reach your goal.” 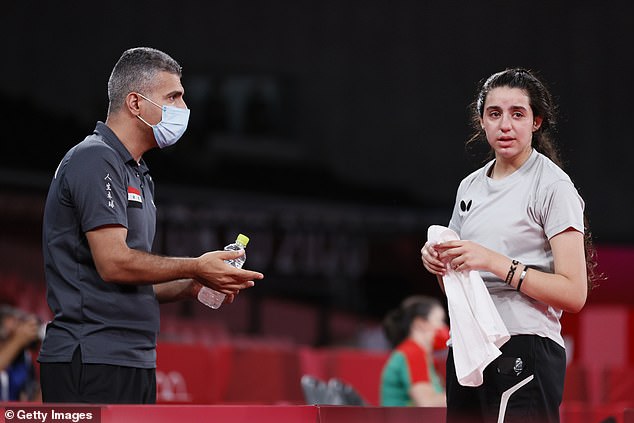