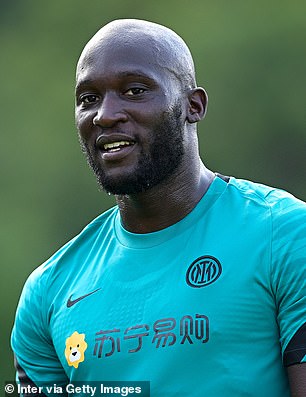 Romelu Lukaku says he’s ‘thrilled to be back’ with Inter Milan after being linked with moves to Chelsea and Manchester City earlier this summer.

The striker’s 24 goals in 36 games helped Inter win their first Serie A title in 11 years last season and he also found the net four times for Belgium at Euro 2020.

With the 28-year-old in the best form of his career, Chelsea and Premier League champions City were reportedly interested in luring him away from Italy. 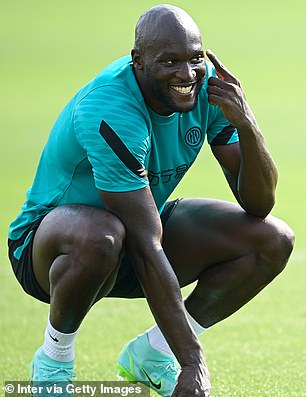 However, the forward has reaffirmed his commitment to Inter and insisted he couldn’t be happier to be back on the training pitch.

‘I did get to relax, but I’ve also been training to stay fit and be able to start [the season] well,’ he told the club’s official media channel when asked about his summer break.

‘We now have a few weeks to prepare as well as we can for the new campaign. We hope to do well and achieve even more than last year. 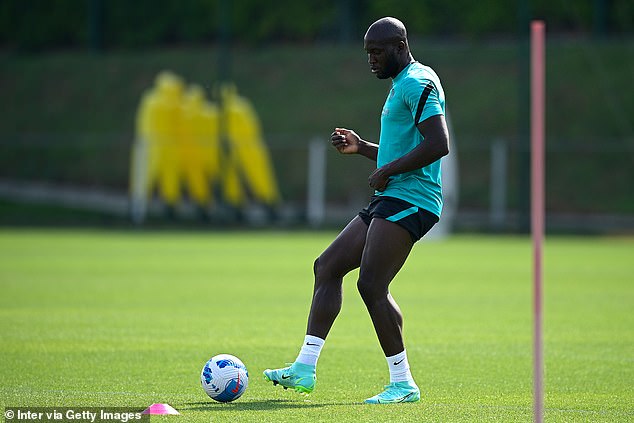 ‘I’m thrilled to be back. We hope to continue down the path that we’ve started and to keep winning. All the players will work hard to make your dreams come true.’

‘From our side, we can yes absolutely, Lukaku is not for sale. Lukaku is an important piece on the chessboard available to Simone Inzaghi.’ Marotta told Sportmediaset.

Lukaku was pictured smiling with new Inter boss Simone Inzaghi, who was appointed in June following the departure of Antonio Conte.

Inzaghi signed a two-year contract with the Serie A champions after five impressive years as manager of Lazio. 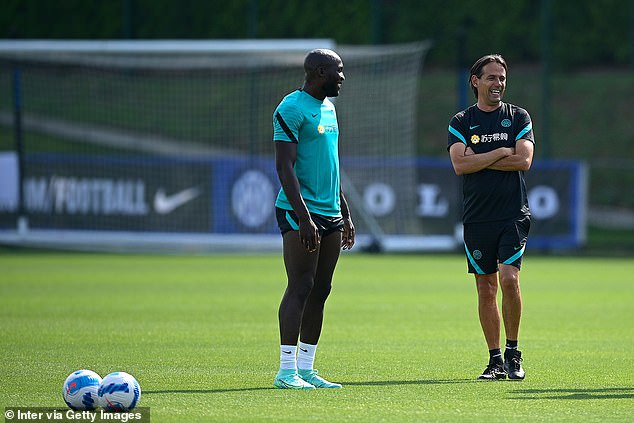 Lukaku was seen smiling with new Inter boss Simone Inzaghi, who was appointed in June