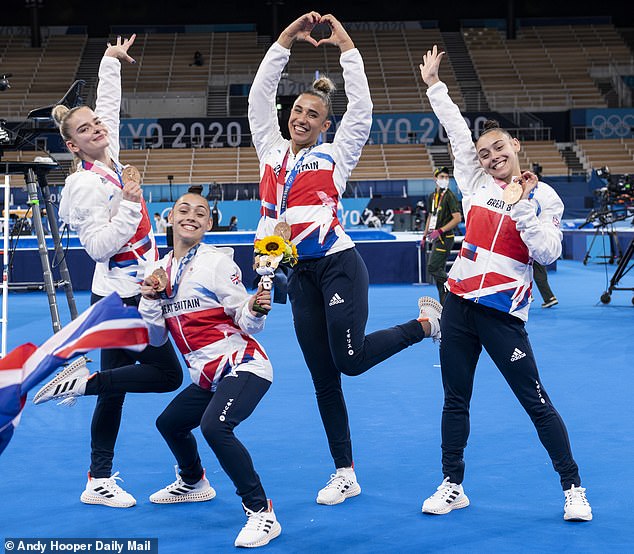 By Ian Herbert For The Daily Mail

The Kinsella family have a particularly fine relationship with Japan. Alice, the British Olympic gymnast, will leave these shores with a bronze medal. Her father Mark, the former Charlton Athletic midfielder, was a key part of the Republic of Ireland‘s football team that graced the 2002 World Cup here.

Which of the two was more significant, Alice was asked on Tuesday night. ‘Mine, of course,’ she grinned. ‘It’s an Olympic medal!’

She still couldn’t quite believe that the women’s gymnastics team she was a part of had clinched a last-gasp bronze. They are the first GB women’s team to win a gymnastics medal since 1928 — when there were so many of them making up the numbers it seemed more like an exhibition event.

No member of the team had been through the gamut of emotions quite like Kinsella. On Sunday she was visibly distraught, having fallen from the beam during the qualifying round display. Climbing back on that apparatus — her favoured piece — was to confront that disappointment.

The team’s hope for the final was, in fact, little more than a ‘clean’ display — no mishaps — and perhaps a top five finish if they went well. But once Kinsella’s beam routine was successfully accomplished in the first rotation, a weight seemed to have lifted. She never looked back.

Amelie Morgan did falter on the beam. Yet as America’s Simone Biles drama unravelled all around them, the British side quietly grew in confidence and self assurance.

Theirs was a performance of unerring consistency to take bronze at the last, with the 16-year-old Gadirova twins, Jennifer and Jessica, impressive on the floor and the vault, where all four gymnasts broke through 14 points to make up ground.

The parallel bars, the apparatus that carries highest risk, came last for the British, though Kinsella and Morgan produced the routines of their lives. Briefly, Team GB were top. However, while the Russia Olympic Committee and USA overtook them, Italy could not deliver on the beam to get past them. 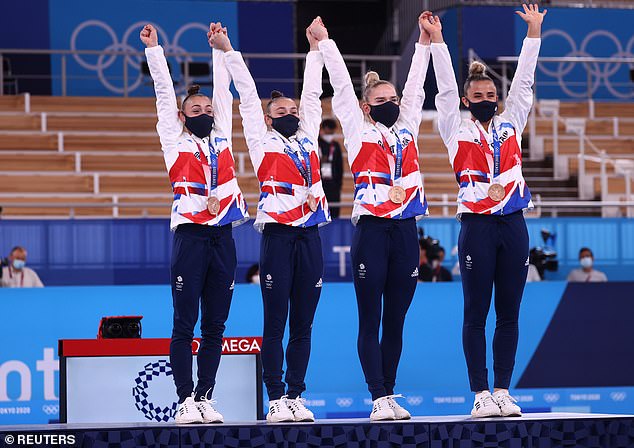 The Gadirovas, whose Azerbaijani parents came to Britain via Ireland, will stay here to compete in the floor final, though there will certainly be more attention for them when they get back.

They were initially sent to gymnastics because they were hyperactive and after being brought up in Coventry they moved closer to their training base in Aylesbury, Buckinghamshire.

Jennifer said she and her sister are inseparable. ‘Most athletes at high performance level can feel quite isolated. We can boost each other in training,’ she said.

Jennifer also noted how some social media ahead of these Olympics had been challenging, leading both to stop checking Twitter. ‘This is a dream we never thought could come true,’ Jessica said. ‘I never thought it was possible but now it has happened.’ 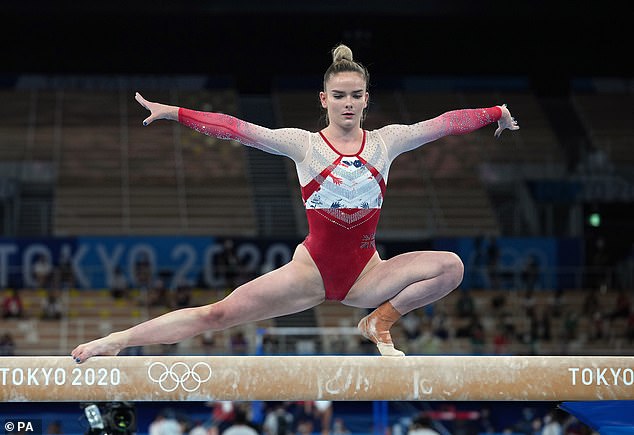 Kinsella, who performed brilliantly on the beam, admitted she is ‘pinching’ herself after helping to secure Team GB’s bronze

Bronze was vindication for a team which some had considered too young, with the omission of Becky Downie, an uneven bars specialist, a particularly contentious call.

Morgan said on Tuesday that the doubts about them had been a motivating factor. ‘We’ve had quite a lot of criticism, people saying we are inexperienced,’ she said. ‘But it doesn’t matter how old you are and how experienced you are. You are picked for a team for a reason. When there was criticism, going out there and proving people wrong was great.’

The British team were also conscious of the USA’s own dramas. ‘We were aware of it,’ said Morgan. ‘But we were focused on what we had to do.’

No one more than Kinsella. ‘I still can’t believe it,’ she said. ‘It all happened so quickly that I’m pinching myself.’