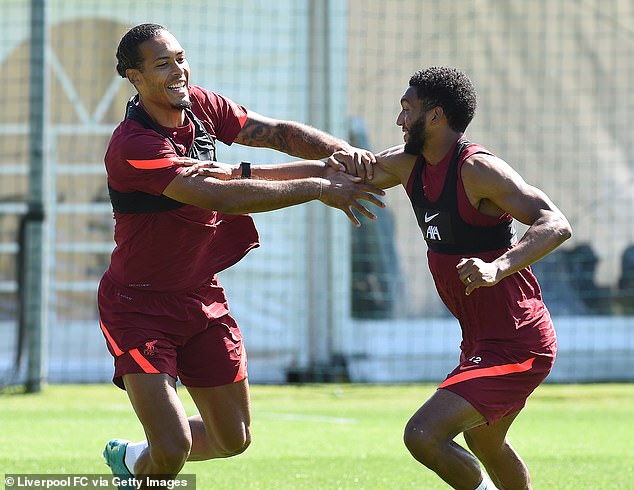 Hertha Berlin v Liverpool LIVE: Follow all the action as Jurgen Klopp’s side continue their preparations for the new season with Virgil van Dijk and Joe Gomez on the bench and set to appear for the first time after long injury spells

Liverpool continue their preparations for the new season with their final friendly while away in Austria, against German side Hertha Berlin.

The big news is that both Virgil van Dijk and Joe Gomez make the bench and are set to appear for the first time after long injury spells.

Van Dijk has not featured since the injury he sustained in the Merseyside Derby last October, while Gomez suffered his injury just a month later while in training on international duty for England.

It will be Liverpool’s second full-length friendly after their 1-0 win against Mainz and two thirty-minute games against Wacker Innsbruck and Stuttgart.

Follow all the action as it happens in Austria with Sportsmail’s KIERAN LYNCH here.