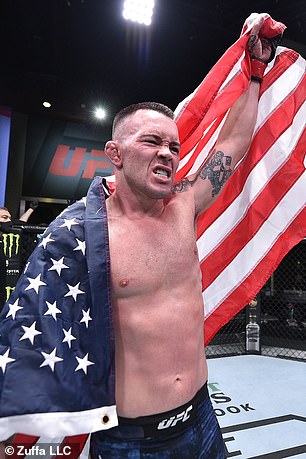 Colby Covington has told Dustin Poirier to ‘show more respect’ to Conor McGregor, claiming the Diamond was a ‘jobber’ and a ‘nobody’ before his victories over the Irishman.

Poirier, 32, has enjoyed a sensational 2021, having defeated the former two-weight world champion at UFC 257, before a freak injury to the Irishman in their trilogy bout at UFC 264 handed him a second victory in six months.

There has been no love lost between the pair, with McGregor launching foul-mouthed tirades at Poirier, including remarks about his wife, as well as vowing to make the American a ‘corpse’ after their third fight. Poirier later reflected that McGregor’s insults made him look ‘mentally weak’. 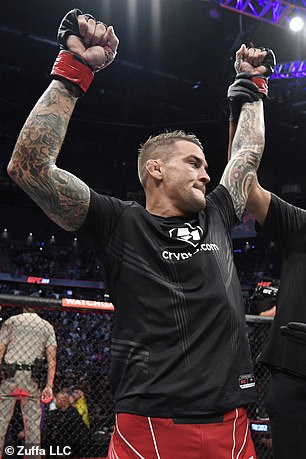 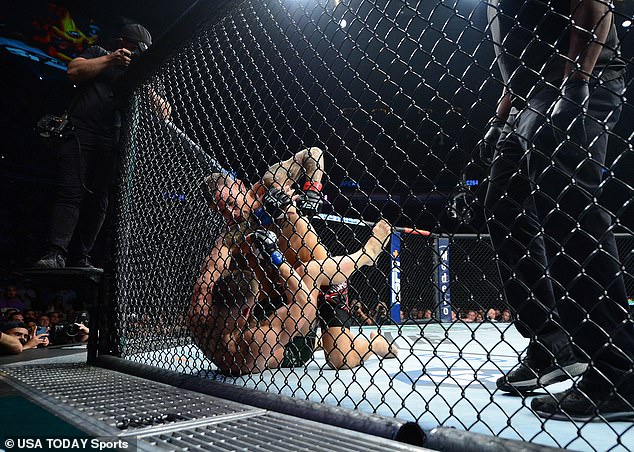 Yet Covington, 33, believes that Poirier should ‘show more respect’ to McGregor, with the Irishman helping launch the lightweight among the biggest names in the UFC.

‘That guy just made your career Dustin, you should show that guy some respect,’ he told Submission Radio.

‘He made you the biggest money you’ll ever make in your career, you’re a jobber, you’re a nobody.’

Poirier emerged victorious from his UFC 264 bout with McGregor after the Irishman broke his leg in a freak injury at the end of the first round. McGregor has since claimed that Poirier should not count that result as a victory, and Covington concurred with the UFC star. 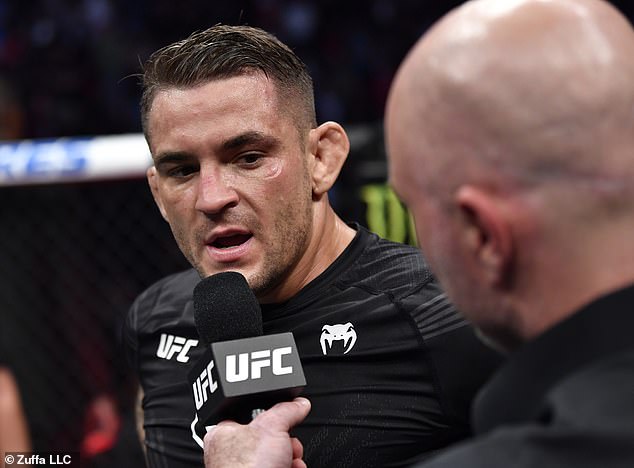 The Louisianan, 32, has engaged in trash talk with McGregor before and after UFC 264 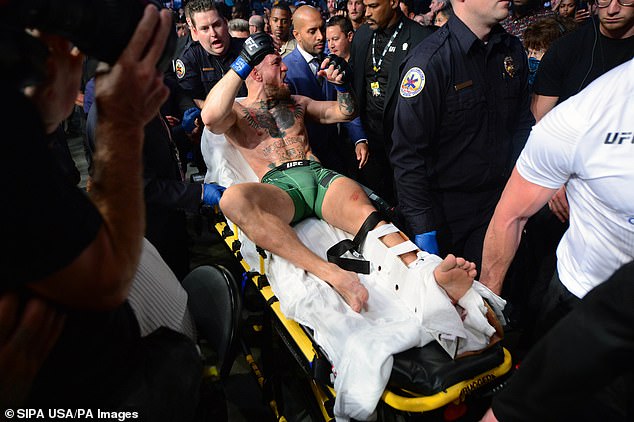 However, Covington claims he should ‘show more respect’ to the former two-weight champion

‘He got the luckiest, you know, whatever you wanna call it in the history of the sport.

‘Good, you got a nice, easy pay-check, and you’re walking and strutting in the guy’s face at his downfall, while he’s sitting there laying on the ground.

‘No-one would care about you if it wasn’t for Conor and you are strutting in his face, so who’s the nice guy now?’ 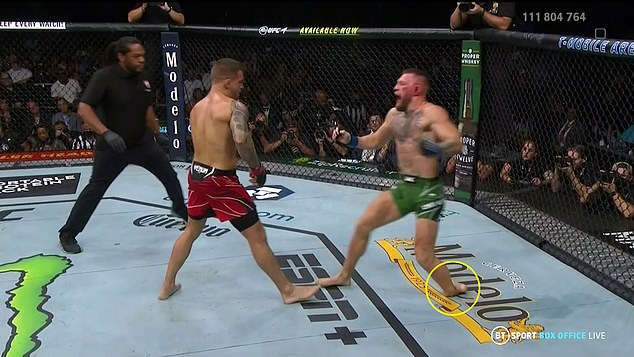 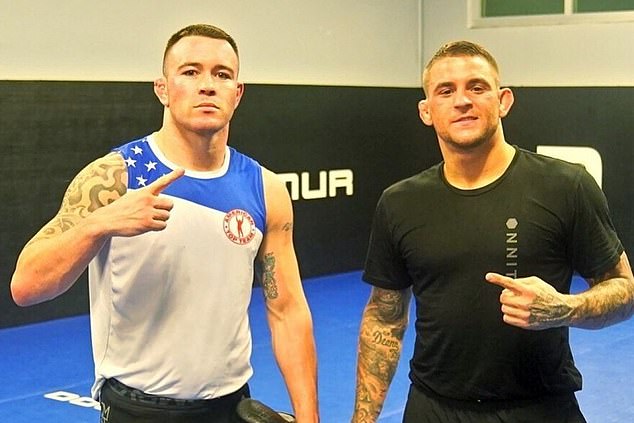 Poirier and Covington used to train together as team-mates at American Top Team, before Chaos left having upset various team-mates with his loudmouth comments.

The welterweight contender is set to take on Kamaru Usman again for the 170-pound title, two years after the Nigerian Nightmare broke the American’s jaw before securing a fifth round victory.

Meanwhile, Poirier’s back-to-back wins over McGregor has has set him up for a fight with Charles Oliveira for the UFC lightweight championship next.