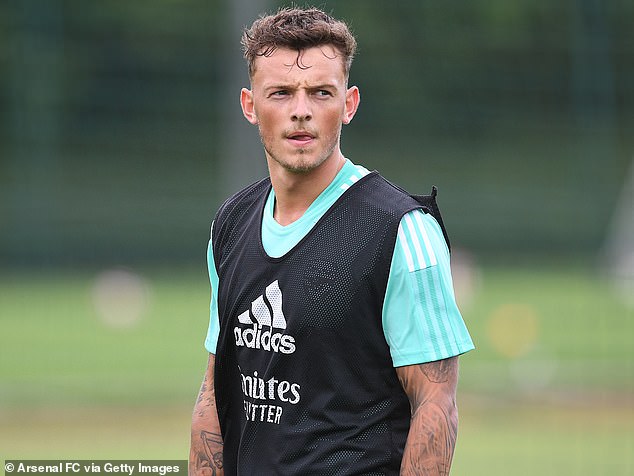 Gunning for action! Arsenal’s new £50m signing Ben White trains with the club for the first since Brighton switch – and could make his debut in pre-season friendly against Chelsea TOMORROW

By Kwame Boakye For Mailonline

Ben White has trained with Arsenal for the first time following his £50 million move from Brighton.

White, who was a late call-up to England’s Euro 2020 squad completed his move to the Emirates on Friday after he returned from holiday.

The 23-year-old has been given the No 4 shirt and could be in line to make his debut in a pre-season friendly against Chelsea on Sunday, and White revealed he struggled to keep the transfer a secret during the summer. 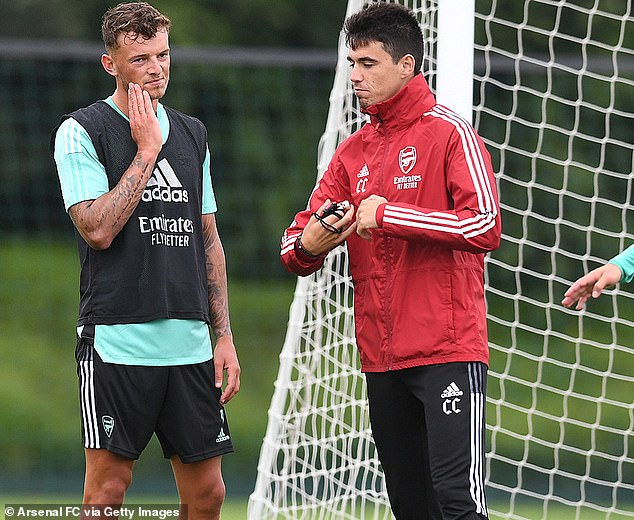 ‘It’s been a while, hasn’t it,’ he told Arsenal Media. ‘Obviously I’ve known for quite a while and it’s taken longer than I thought it would, but I’m buzzing to be here.

‘It’s been hard to not tell anyone to be fair. I told my family to keep it quiet.

‘Even when I was on holiday I was getting asked whether I am or not. It was tough but I managed to keep it [quiet].

‘I think [I found out] when I was with England, that’s when it got a bit more serious. It was obviously nice to find out and to be here is absolutely unbelievable.’ 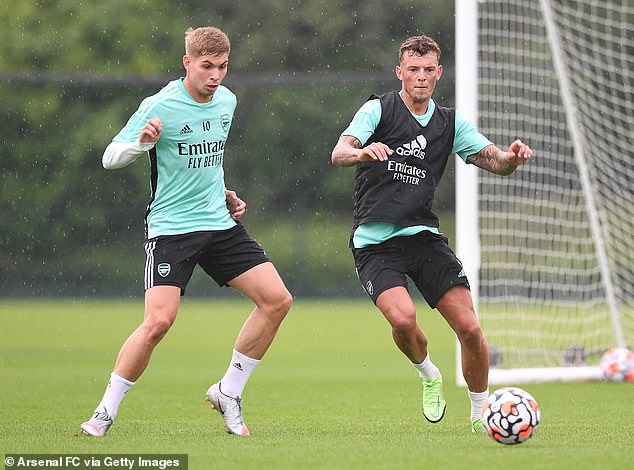 Arsenal finished eighth last season, and missed out on European football for the first time in 25 years. However, White is confident that he can help the Gunners have a more successful campaign this time around.

He added: ‘I’m really happy to be at a massive club like this and hopefully bring the level up of this team.

‘When times get hard in games, I can step up and control situations. I’m very relaxed on the ball and through that I can produce quality in bad moments of the game.

‘My main [position] is obviously centre back. That’s where I’ve developed over the years. I’ve slotted into different positions to help the team and I feel like I can do that to help the team. If I need to do that this season, I’ll definitely be up for it.’