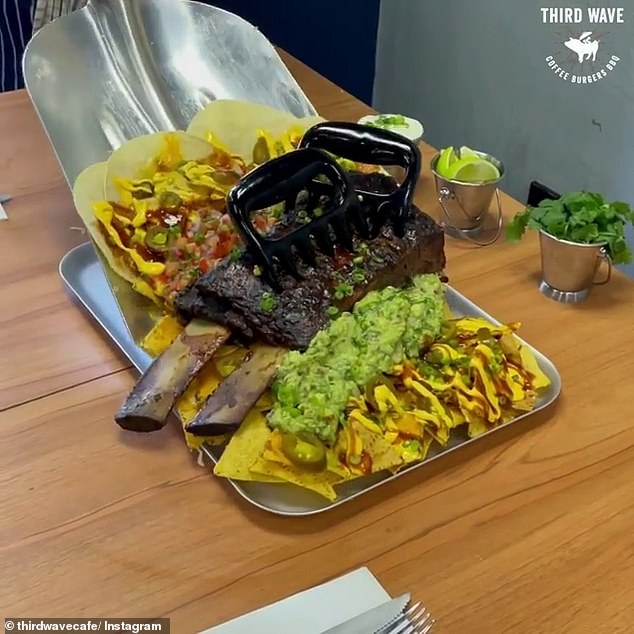 Cafe launches a giant 3kg BBQ meat loaded nachos served on a SHOVEL – so could you get through it?

Melbourne‘s Third Wave Cafe proudly boasted about the meal which is served on a shovel with meat claws to help diners rip through the impossibly large meal.

‘OVER 3kgs of nachos and tacos brought to your table with a freakin’ shovel,’ the cafe boasted in a video showing off the creation.

The meal is only available in August and consists of over half a kilo of corn chips, three types of cheese, tortillas to make tacos, guac, salsa and sauce.

This is all topped off with a huge 1.25kilogram dinosaur rib and a sprinkling of jalapenos.

The cafe have yet to reveal the cost of the aptly named ‘grizzly shovel’ nachos but that didn’t appear to detour fans of the American themed restaurant.

‘We are doing this boys,’ one man said tagging his friends who agreed they would need to the Albert Park cafe soon.

‘August it is,’ said another nachos lover.

While others were impressed the chefs included tortillas, so the food could be shoveled into a taco if needed. 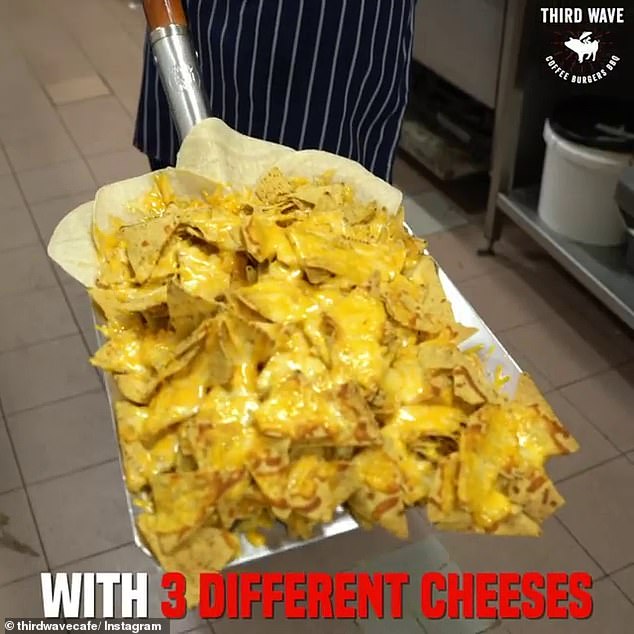 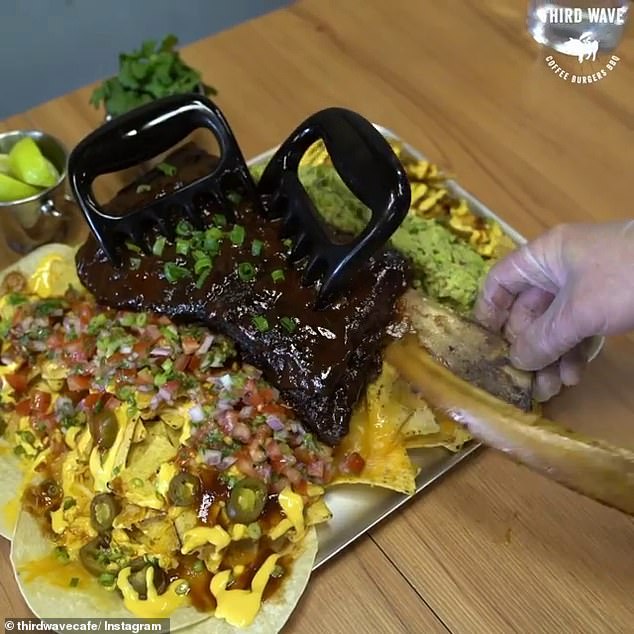 The massive 1.2kilogram dinosaur ribs are then placed on top alongside tortillas, salsa and guacamole

A video showing off the feast quickly went viral with more than 10k views in a matter of hours.

The cafe’s famous for their pizzadilla – a three-layered quesadilla that is crumbed and deep friend before being smothered in sauce and cheese.

The cafe’s Instagram page has more than 38k followers.