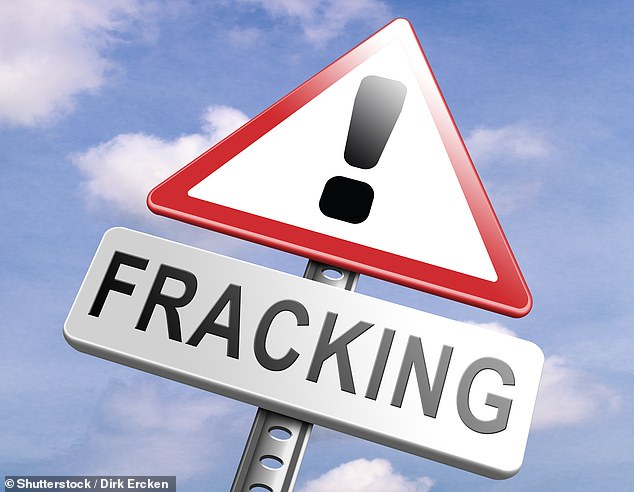 
Britain should lift the fracking ban to help alleviate the energy crisis and secure future gas supplies, according to industry experts.

Ministers announced a moratorium on the process in 2019, after a scientific study found it was too difficult to predict if it would trigger small earthquakes.

Concern: Ministers announced a moratorium on the process in 2019, after a scientific study found it was too difficult to predict if it would trigger small earthquakes

Last week Business Secretary Kwasi Kwarteng said he did not ‘think fracking was the answer’.

Fracking involves shooting a mixture of sand, water and chemicals into shale rocks to crack them and release the gas.

Supporters argue that rules around tremors had been stricter than in other countries and that developing UK shale reserves could help wean Britain off imports.

Britain has a sprawling deposit of gas in shale rock called the Bowland Formation. Katherine Gray, spokesman at UK Onshore Oil & Gas, said: ‘It is bizarre when just a mile under northern and central England lies a gas resource so immense that if we extracted just 10 per cent of it, we could meet the UK’s gas demand for 50 years.’

Francis Egan, chief executive of Cuadrilla, said: ‘Importing shale gas by ship from all corners of the globe, whilst leaving our own shale gas resources unexplored and undeveloped, is symptomatic of the misjudged approach that has led us to this point.’