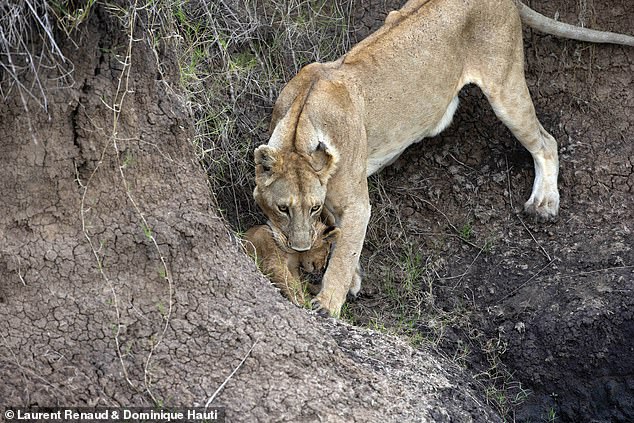 Mum to the rescue! Moment lioness saves her whimpering cub from plunging down steep bank into a watering hole in Kenya


This is the moment a lion cub was rescued by its mother as it struggled to stop itself plunging into a watering hole in Kenya.

Photographers Laurent Renaud and Dominique Haution, both 62, from Douai, France, feared the cub wasn’t going to make it back up a steep bank after it went down to the water for a drink.

But the lioness heard the distressed cub’s cry as it tried to scramble up the hill. 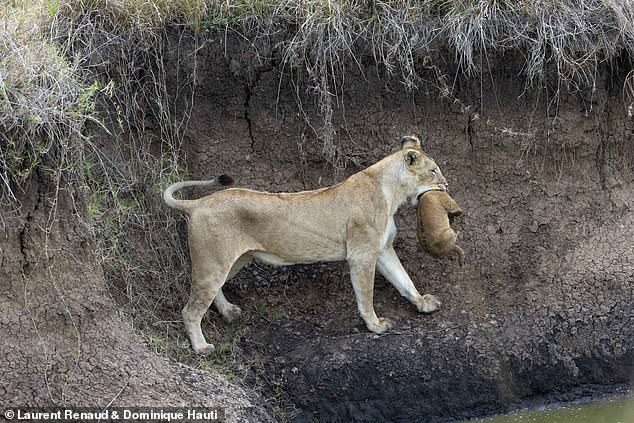 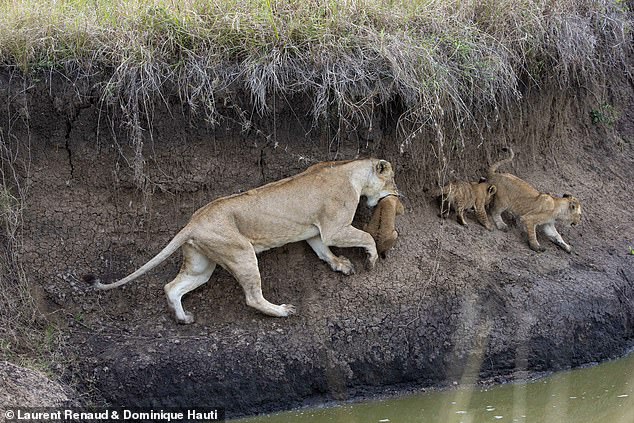 The photographers captured the moment the lioness gently picked up the cub in her jaws and carried it back to the rest of her litter.

They filmed the scene in September during a visit to the Masai Mara National Reserve in Kenya.

Laurent said: ‘We witnessed the rescue of a lion cub by his mother as the lioness and her two cubs went down a steep bank to drink water.

‘The passage to reach the water was quite deep and steep and after they had finished drinking, they had to climb back up. 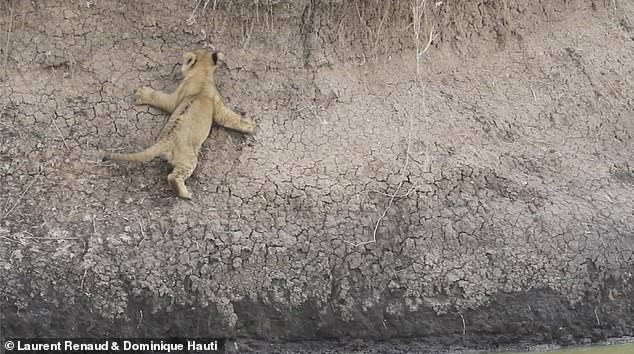 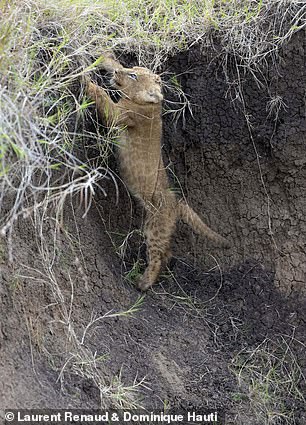 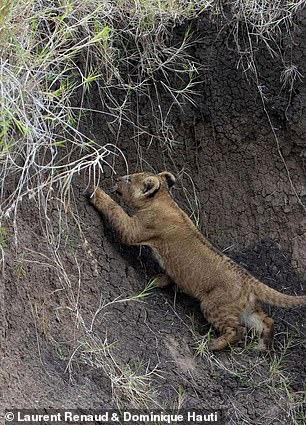 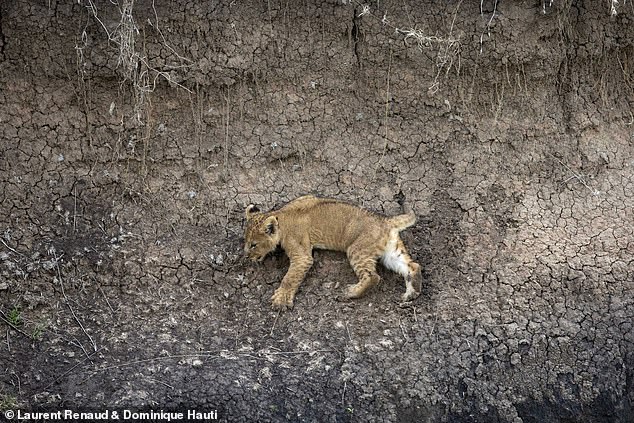 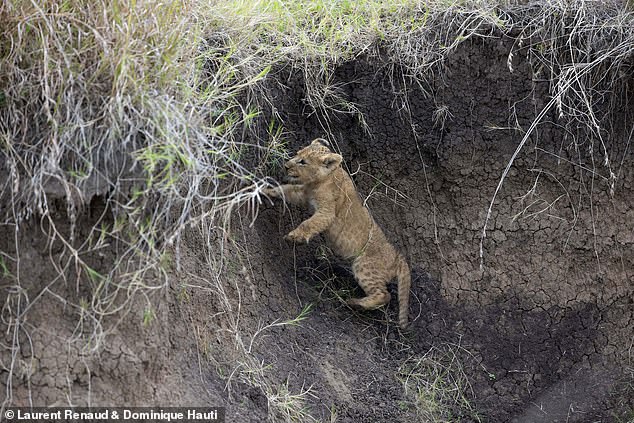 Despite his best efforts, the lion cub could not find safety on its own and had to be rescued

‘One of the two cubs quickly found the way out following his mother, but not the second one as he went in the wrong direction.

‘The cub attempted to climb the cliff at first, but quickly realized that it was too difficult.

‘The baby was about to fall in the water so he cried out in panic. 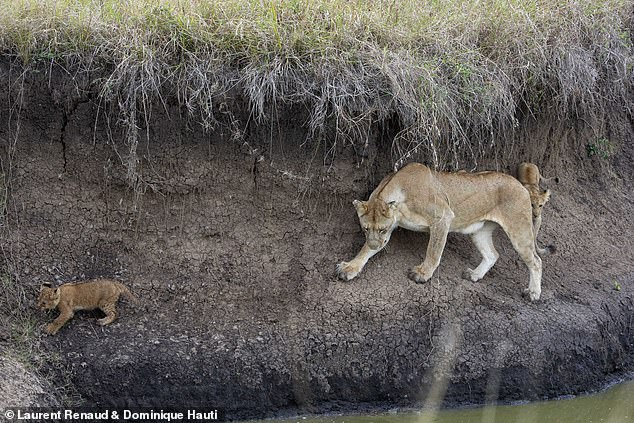 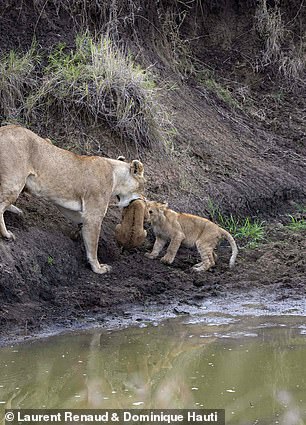 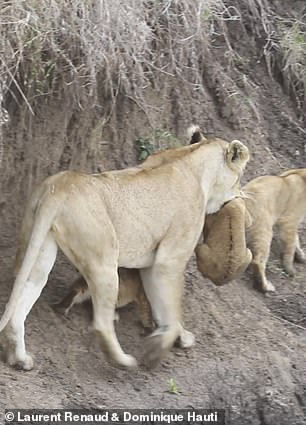 ‘As he was beginning to get exhausted, the female reached out to him, grabbed him up in her jaws and carried him all the way up.

‘This is great proof that you always need a caring mum on your side.

‘We were very afraid that the lion cub would fall into the water but luckily his mum came to his rescue and saved her baby.’ 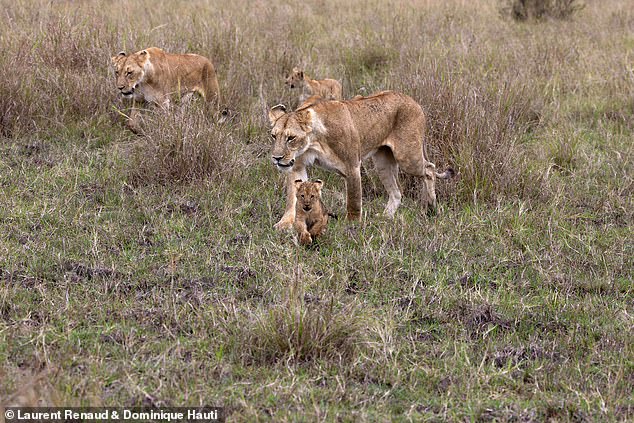 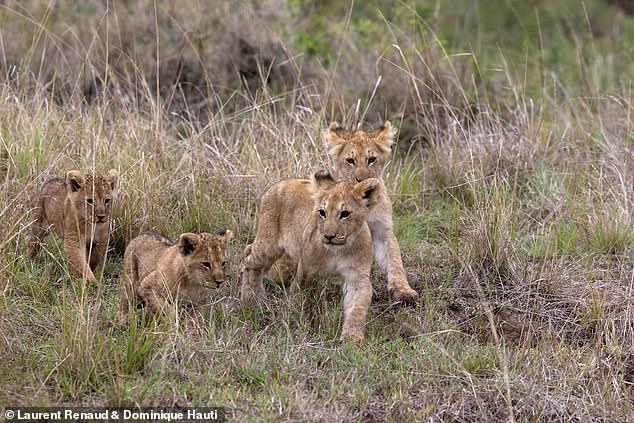 Nature reserves like the Masai Mara in Kenya are one reason that the lion population is growing in the East African country.

The lion population grew by 25% between 2010 and 2020 according to the Born Free Foundation. 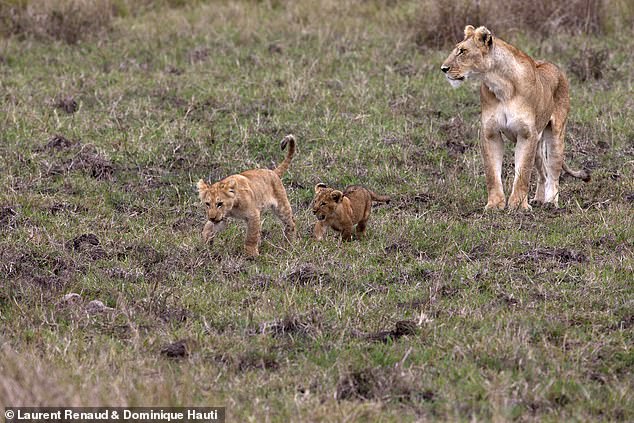 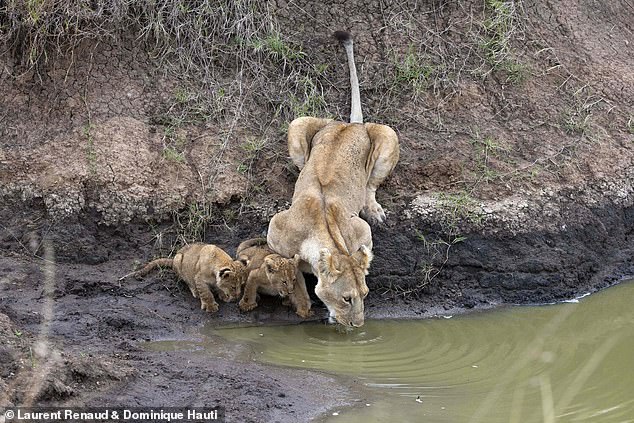 Populations elsewhere in Africa are dwindling at around 20,000, just one-tenth of the 200,000 which were alive a century ago, the conservation charity has said.

Despite conservation efforts, the West African lion is still listed as critically endangered by the International Union for Conservation of Nature.