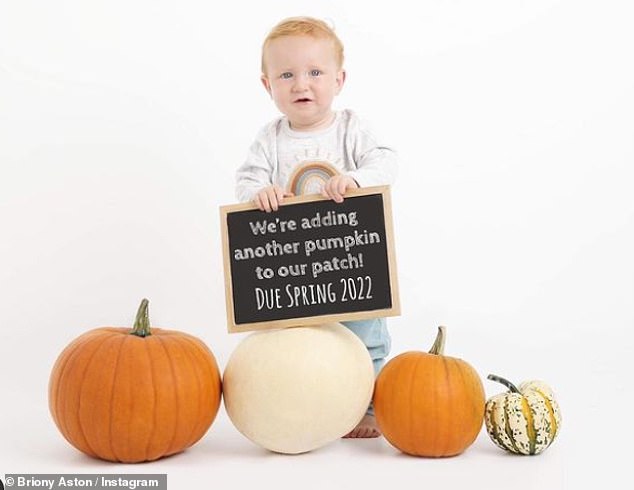 Corrie’s Sam Aston and wife Briony are expecting a baby! Couple reveal second child is due in Spring 2022 with a sweet picture of eldest Sonny


Corrie star Sam Aston and his wife Briony have revealed they are expecting their second child.

The couple made the announcement on Instagram on Wednesday as they shared identical snaps of their son Sonny holding up a sign which read: ‘We’re adding another pumpkin to our patch. Due Spring 2022.’

The pair were immediately flooded with congratulatory messages from Coronation Street stars, with Alexandra Mardell commenting, ‘Such gorj news!!’, while Sally Ann Matthews penned: ‘Oh my!!! Congratulations to you both x’

Corrie’s Sam Aston and wife Briony are expecting a baby! Couple took to Instagram on Wednesday to reveal child is due in Spring 2022 alongside a sweet picture of eldest Sonny 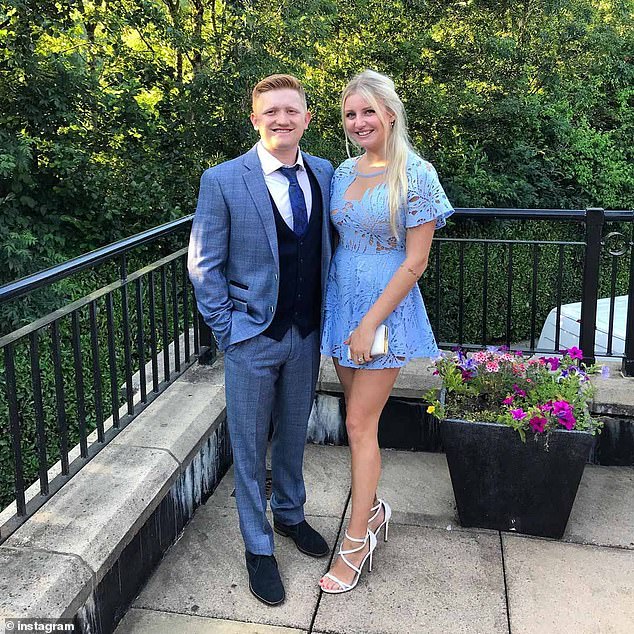 Cute couple: Sam, 28, and Briony, 26, were delighted to announce that they are adding to their brood after welcoming their first child last summer

The sweet news comes 14 months after they welcomed their son Sonny – who was born six weeks prematurely last August.

The couple previously revealed that it was ‘a bit of a shock’ and ‘stressful’ when their first little one arrived early.

Speaking to OK! the pair told how the yoga instructor stayed in hospital for nine days after her labour while her little one was tube fed and recovered from jaundice.

Sam, 28 – who has played Chesney Brown in Corrie since 2003 – said: ‘It was a bit of a shock for me. Everyone at work knew he wasn’t due until September.’ 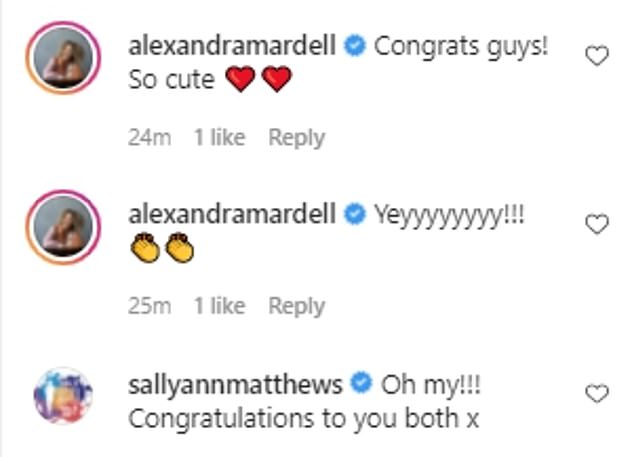 Briony, 26, added: ‘It was hard at the time but looking back now I’d do it all again tomorrow. It was so nice to get home though.’

Their situation was made even more difficult due to the fact that Sam was only allowed to visit the pair in hospital for one hour a day due to the pandemic.

Sam explained: ‘An hour felt like 10 minutes, especially early on as Briony was emotional as I was trying to be there and spend time with Sonny.’ 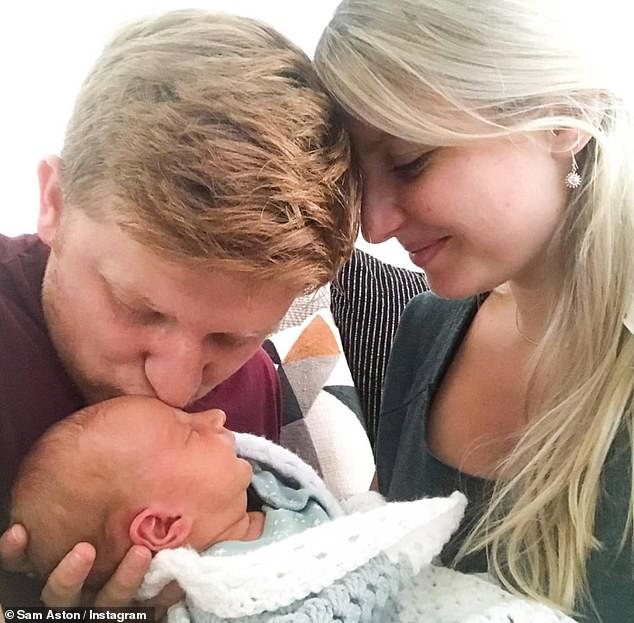 Adorable: The sweet news comes 14 months after they welcomed their son Sonny – who was born six weeks prematurely last August

Briony added that having time constraints on their time together was the most ‘stressful’ part and that she would usually ‘sob for an hour’ and then Sam would have to leave.

The couple added that his development has caught up in the last year and his breathing has returned to normal.

Sam and Briony tied the knot in 2019, two years after the couple announced their engagement.

The couple first announced they were expecting a boy when speaking with OK! magazine, saying: ‘We’re having a boy!

‘It was a massive surprise when we found out, as there are loads of girls in our families, so we were adamant we were having a girl.’

The new mother often shares insights into her life and how she is coping with the arrival of her son. 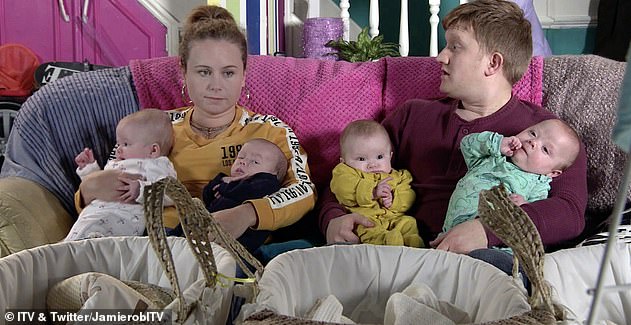 More babies? Sam plays Coronation Street character Chesney who is parenting quads on the popular ITV soap and he revealed that he and Briony would love to have a big family